What’s Worse Than Jim Kenney Trying to Squelch Press Freedom? Having His Team Lie About It

The restrictive press policy that kicked off a dispute between Philly Mag and the administration? The city’s top lawyer now claims it never existed. 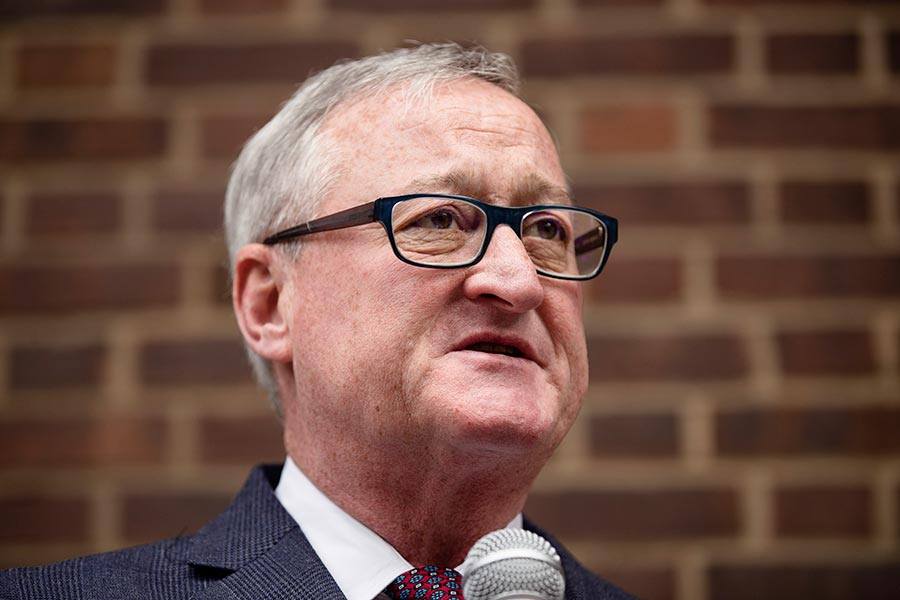 Update, 9/17: In a conversation with Philadelphia magazine’s attorney this morning, city solicitor Marcel Pratt confirmed that information requests from the magazine no longer have to go from editor Tom McGrath to chief of staff Jim Engler. Philly Mag’s reporters will resume the previous process of dealing with the mayor’s communications office and department spokespeople directly.

The Philly Mag vs. the City feud is over. Or maybe it never started?

The latter seems to be the position of the Kenney administration, whose lawyer, city solicitor Marcel Pratt, sent us a letter on Friday, then gave some comments to the Inquirer. The gist of what he said was both absurd and Orwellian:

The administration policy that started the dispute? Pratt claims it never actually existed.

I’ll tell you more about the letter and the comments in a moment, but to review the basic facts of our little drama so far:

With me so far? Good.

Late Friday afternoon, we got a response to our letter from Pratt, the city’s top staff lawyer. It contained some back-patting about the Kenney administration’s “commitment to transparency,” noting how it was going “above and beyond” when it came to information requests from the press. And Pratt’s letter also said this:

After reading it, we were pleased — although somewhat perplexed, given that the letter said nothing about the special policy they’d obviously just put in place. Were they simply trying to save face — walking back a really dumb decision without, you know, explicitly admitting they’d made a really dumb decision?

We were trying to make sense of all this when we read a story by Inquirer reporter Chris Brennan. Brennan had published his piece about the situation in the middle of the day on Friday, but then updated it Friday evening to include a quote from Pratt’s letter to us (the part insisting there was no special policy with regard to the magazine). The update also had this eye-popping claim from Pratt:

“Pratt, in an email to The Inquirer after his letter was sent, said the policy Engler described in his email to Philadelphia Magazine was not ‘formally adopted by the Mayor’s Office’ and was instead ‘a proposed concept.’”

Simply put: The notion that there was no new policy put in place for Philly Mag by the Kenney administration is, pardon my French, fucking ridiculous. For two weeks I’ve been sending information requests to Engler, who never once said: Hey dude, we’re still kicking the tires on this idea. No need to reach out to me just yet. And it certainly didn’t sound like Engler was just spitballin’ when he told Victor Fiorillo: “We find it necessary to institute a new procedure for responding to requests from your organization.”

No, the bottom line here is that Jim Kenney’s solution to his Trump-like hissy fit and attempted intimidation of the press was to do something even more Trumpian: lie about the fact it ever happened in the first place.

This might all be hilarious, except for the stakes involved here. As I noted in my post last week, the story we were being punished for was exactly the kind of journalism the First Amendment was created to protect: a legitimate inquiry into how government officials behave and how public money is spent. But what makes the Kenney team’s behavior even more chilling is the way it reenforces the disturbing tenor of our times — an era when not only are journalists being vilified as the enemy of the people, but the very idea of “truth” is under assault.

Don’t like the facts? Just pretend they don’t exist.

At the end of Pratt’s letter, he passed along a request from Engler to meet with me “to discuss ways to improve communication between the Mayor’s Office and Philadelphia Magazine going forward.” I’m happy to do that, but my first suggestion for improving communication will be pretty simple: Let’s start by telling the truth.