The administration doesn’t have to like everything we write about them, but that doesn’t mean they’re free to play fast and loose with the First Amendment. 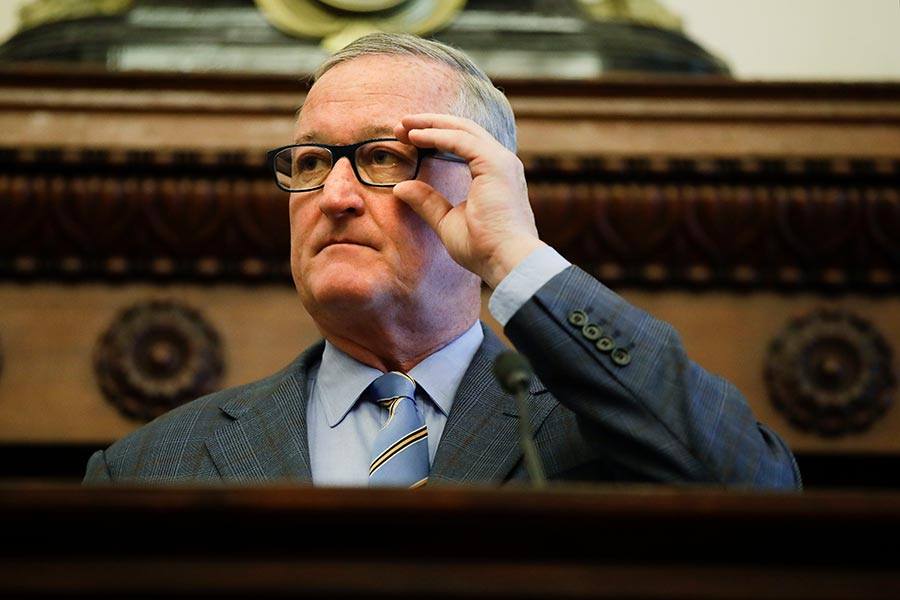 These aren’t the easiest of days for the news media in the United States.

Not only has the business model that’s supported journalism been disrupted by technology, but President Trump has gone out of his way to vilify the press from the bully pulpit. He’s famously called the media “the enemy of the people.” He routinely dubs as “fake” any news story he doesn’t like. And he’s attempted to revoke the credentials of media members — most notably CNN’s Jim Acosta — whose work he disapproves of. It’s an authoritarian approach that owes more to Vladimir Putin and Kim Jong Un than to the long history of a free and independent media in the U.S.

All of which is why it was particularly discouraging last week when the war against a free press arrived in Philadelphia, thanks to a policy adopted by Mayor Jim Kenney’s administration and specifically targeted at Philadelphia magazine.

In the wake of a story we ran about the city’s taxpayer-funded DROP program – a piece the administration made clear they didn’t like — the Mayor and his team set out new, utterly arbitrary rules for how the magazine interacts with city government. Unlike with other news organizations, whose individual reporters are free to reach out to the Mayor’s communications staff or departmental spokespeople to request information or set up interviews, all requests from Philly Mag must now come personally from me, the editor-in-chief, and be sent not to the press office, but directly to the mayor’s chief of staff, James Engler. Once requests are “approved,” in the administration’s words, they can addressed by the appropriate department.

This new “process” is clearly meant to slow down and tightly control our news gathering when it comes to covering city government; there are exactly zero practical reasons that routine information requests should have to involve either the mayor’s chief of staff or me. It’s also clear that the new procedure was done as retribution against the magazine and meant to intimidate us — and presumably any other news organization that dares to write ill of the Kenney team.

In a phone conversation I had with Engler not long after the DROP story was published — during which Engler called the piece unfair and sensationalized, charges I categorically reject — he told me bluntly that the story would affect the administration’s relationship with the magazine going forward. The details of that threat became clear a few days later when the new policy was revealed.

The Kenney team’s actions should be unsettling to any citizen of Philadelphia … and America. The administration doesn’t have to like everything we write about them, but that doesn’t mean they, as a government entity, are free to apply different rules to us than they apply to any other news organization. To do so literally undermines the protections spelled out in the First Amendment.

What makes their actions even more outrageous is the particular story that prompted their retribution. The piece we ran wasn’t some snarky gossip item about a trivial matter — it was a story that examined whether taxpayer money is being spent wisely and transparently. The press serves many functions in an open society, but it has no more important role than keeping an eye on government officials and how public resources are being deployed.

The magazine is vigorously contesting the Kenney administration’s actions – not just because it impedes our own work, but because of the deeper First Amendment principles involved. Our attorney has sent the administration the letter below, which lays out why their policy is unconstitutional and demands that it be retracted immediately. We ask that our fellow journalists — and fellow citizens — in Philadelphia and across the country stand with us in this fight. Given the tenor of the times, big things are at stake.