The (short) life story of a tribute to Asterix, the obscure-in-the-United States-but-famous-everywhere-else French comic book series. 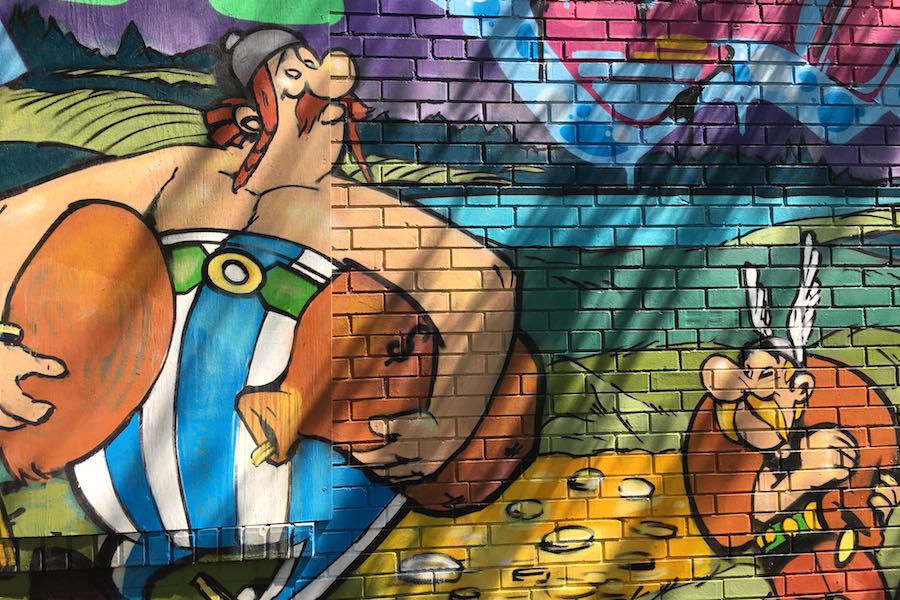 There are a lot of murals in Philadelphia. The city’s Mural Arts program has put up some 4,000 murals throughout the city during its 33-year existence. And then there are all of those other murals — those “unofficial” murals that somebody just decides to stick on the side of a building. And this Asterix mural in South Philadelphia is an example of the latter.

In case you have no idea who or what Asterix is, Asterix is an irreverent, wordplay-filled French comic book series that debuted in 1959. Starring the Gaulish warriors Asterix (the little one) and Obelix (the big one), the stories are rounded out by characters with names like Dogmatix (that’s Obelix’s dog), Getafix (he makes a potion that villagers crave), Unhygienix (he’s the fishmonger), and Cacofonix (he loves to sing but is very bad at it). The tales are set in 50 B.C., in the one village Julius Caesar has failed to subdue in all of Gaul.

Sixty years on, Asterix remains at the the center of a multimedia empire in much of the rest of the world, but the characters are relatively unknown in the United States — especially these days. I had never heard of Asterix until my father-in-law, who is from India (where Asterix is popular), introduced the comic books to my son, who now loves the series. My son’s friends are clueless when it comes to Asterix, and when I asked some of my Philly friends about Asterix, it only registered with one of them.

So … why on earth is there an Asterix mural in South Philadelphia?

My father-in-law was the one who said he saw an Asterix mural somewhere on 22nd Street one day last year. I googled “Asterix mural” but found nothing other than an Asterix mural in Brussels, Belgium. So over Labor Day weekend, my family decided to track the Philly one down en route to Termini’s.

We found it at 22nd and Christian, across the street from the Sidecar bar and restaurant. The Asterix mural, which is on the side of a shut-down laundromat, depicts Asterix, Obelix and Getafix, and there is another character that we cannot identify.

Well, it turns out that the Asterix mural is quite new. The host building was, until recently, owned by developer Max Glass (yes, the son of Nancy), who commissioned the Bernie Sanders mural.

Back in March 2018, he decided he wanted something bright and fun on the building, so he reached out to an artist who goes by the moniker Disto, with whom he had worked before. Disto, who did not comment for this article, called five artist friends and together they created the Asterix mural.

“They made up this Asterix and Obelix scene, and I really didn’t know anything about Asterix until then,” says Glass, who adds that he has no idea why Disto and company went with that theme. “But we got a lot of attention from the neighborhood when we were doing it, and I feel like people really became enamored with it.”

Alas, the building has a new owner, who is demolishing the current structure to make way for, yep, more apartments. 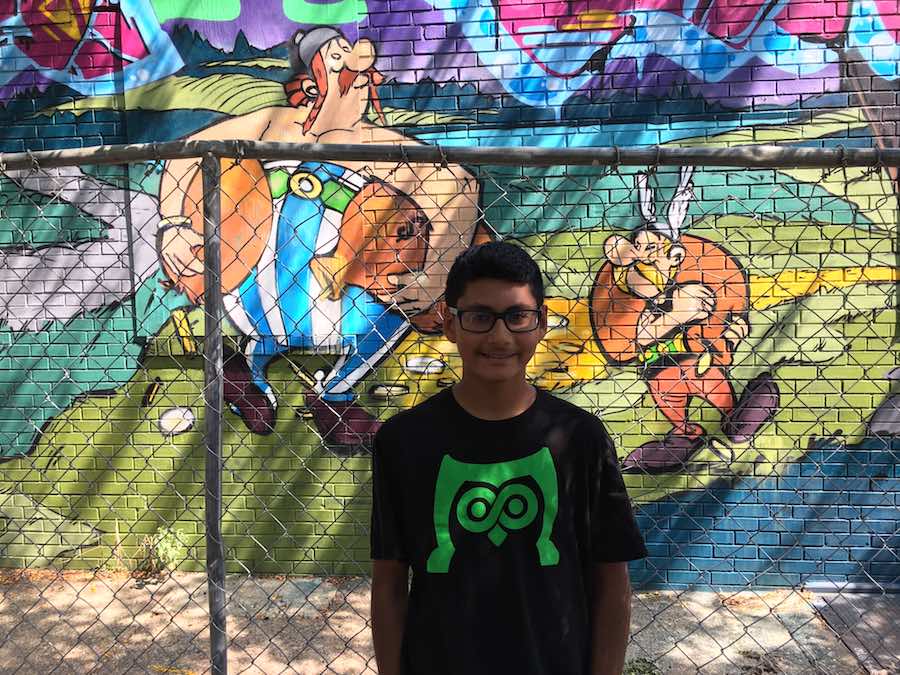 My son, the Asterix fan, in front of Philly’s soon-to-be-demolished Asterix mural.

The Asterix mural is now surrounded by a construction fence, which my son is standing in front of in this photo from Saturday’s trek. The wall — and, therefore, the mural — will be gone by the end of this week.

It’s good that we found Philly’s Asterix mural when we did. Oh well.