Vai Sikahema on Punching Goalposts, the NFL Catch Rule, and the Amazing Story Behind His Name 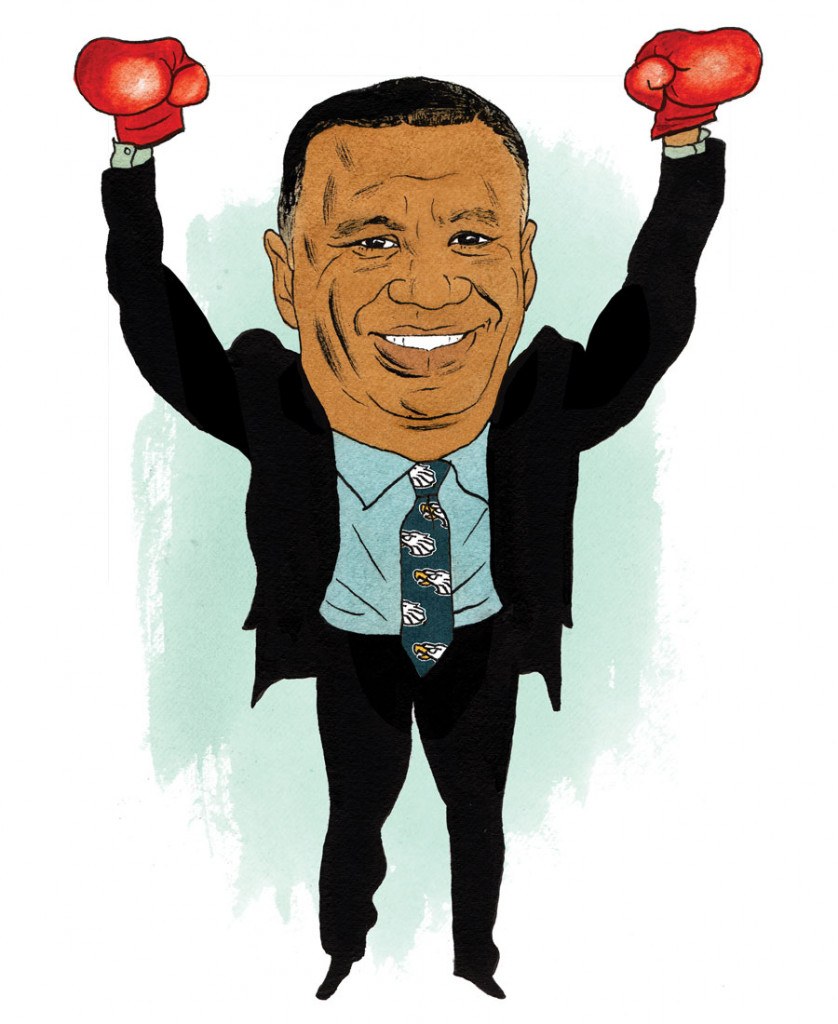 I was born in … Nuku’alofa, the capital of Tonga, a small island nation in the South Pacific.

My first name means … “water” in Tongan, and it was also my grandfather’s name. The month before I was born, he disappeared at sea with 16 other men in a sailing vessel. He was presumed dead, and I was named after him to honor his memory. Then, after 101 days at sea, he and 11 other survivors were found. It’s one of the great maritime miracles in the history of the South Pacific.

We came to the United States in … 1970, because my mother wanted an education and my father wanted me to train to become the heavyweight champion of the world. I grew up boxing in Arizona, won the Golden Gloves twice. Being an immigrant with a name like mine, I got teased a lot and as a result got into many fights. Builds character, as they say.

I stopped boxing because … I started playing football instead. A high-school coach took one look at my physique and said, “Do you play football?” I said no. “Do you want to play football?” Yessir. And that was the end of boxing.

One hard thing about my job is … sleep deprivation. I wake up at three in the morning. I’m in the studio at four.

The best football player of all time was … Walter Payton. Pure football. He could run, throw, tackle and block. He could do everything.

If you come to dinner at my house in Mount Laurel, I will cook … Korean kalbi ribs on the grill.

When the Eagles won the Super Bowl, I was … right there. On the field. It was sheer mayhem. After playing with them and then covering them for a quarter of a century, it was surreal. Even as I talk to you about it now, I can’t believe it really happened.

For my last vacation, I visited … Hawaii, New Zealand and Samoa. I go to Hawaii twice a year with my drop-dead gorgeous wife Keala — we celebrated our 35th anniversary in July — and then I hop to other islands with my buddies.

When friends visit from out of town, I like to take them to … Franklin Fountain and the Museum of the American Revolution.

My claim to fame from my NFL career was … punching the goalpost after I scored a touchdown against the Giants. I was the first one to ever do it. It was my signature move.

The first concert I ever went to was … the Commodores with Lionel Richie, when I was a freshman at Brigham Young.

If I could change one thing about the NFL, it would be … the catch rule. They keep tweaking the definition of what a catch is. It’s so much more complicated than it should be. A catch is a catch.

My secret talent is that I can … do the Samoan fire dance. Or at least, I could 40 years ago. It’s dangerous.

Published as “One of Us: Vai Sikahema” in the September 2019 issue of Philadelphia magazine.