Let There Be Light (Emitting Diodes): Philly to Retrofit All 100,000 City Streetlights

The energy saved from the LED lights will be like removing 2,900 cars from the road — and the city says it's doing its best to make sure the LEDs don’t fry your eyeballs, either. 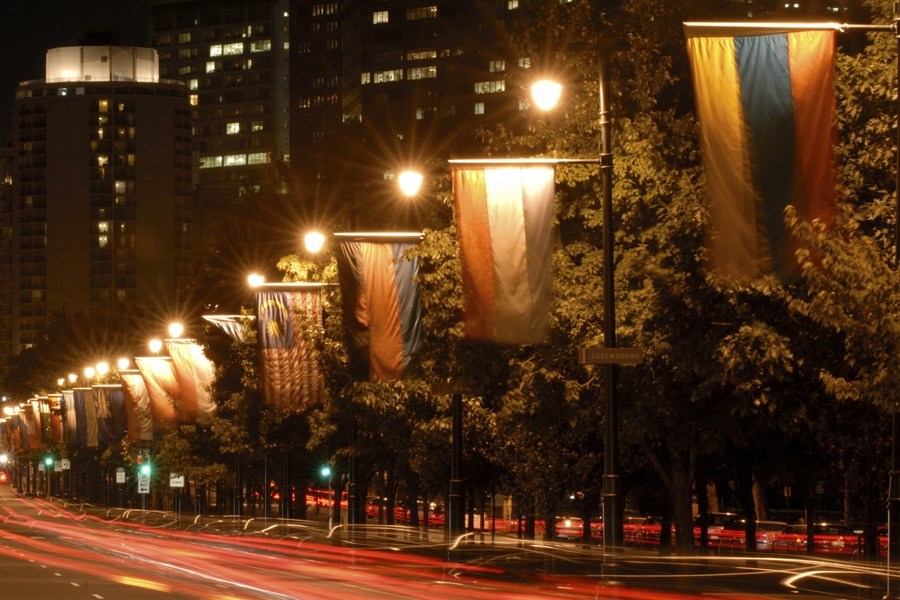 Yellow streetlights like these will soon be a thing of the past. Photo by
aimintang/Getty Images.

The city of Philadelphia has a great many plans to reduce its municipal energy consumption in the name of staving off climate change. These include ambitious but obvious initiatives like purchasing more renewable energy and driving more electric cars. But it turns out, when it comes to how much the city spends on its own energy bill, the single largest offender is something both ubiquitous and taken for granted: streetlights.

Our roughly 100,000 sodium-powered bulbs cost $15 million to light each year. Which is why, after experimenting with some pilot programs beginning in 2011 that replaced 5,000 sodium bulbs with more energy-efficient LEDs, the city has promised to scale up the whole effort and replace all of its 100,000 streetlights, along with another 18,000 alley lights.

Philly’s been a bit slow on the uptake here — many other places, like New York City and Chicago, have already retrofitted their lights. But for once, our measured pace may actually be an advantage. That’s because many of the early LED installations from the early 2010s had just one setting — hyper bright — and were promptly were met with public outcry as residents complained about blocks now suddenly lit like hospital operating rooms. Technology has since improved to the point that there are dimmer LEDs available.

Despite those improvements, some concerns over LEDs have remained — in large part thanks to a 2016 report from the American Medical Association that suggested certain LEDs, with their blue-light wavelengths, could hurt people’s eyes. Sodium-powered lights, on the other hand, typically fall in the more eye-friendly yellow-light spectrum.

The AMA’s report also referenced, quite ominously, “a long-term increase in the risk for cancer, diabetes, [and] cardiovascular disease” that could be caused by bright lights disrupting people’s circadian rhythm. But it seems even the AMA thought that was a bit over-dramatic, because in the end, the doctors still endorsed LED retrofitting, so long as cities use less powerful lights. (The AMA recommended lights no more powerful than 3000K, a unit of “color temperature” for which higher numbers signify more blue wavelengths. While most of Philly’s existing LEDs are at the 4000K level, the city is also testing 3500K, 3000K, and 2700K models.)

Deputy Streets commissioner Richard Montanez says his department hopes to abide by the AMA regulations when it comes time to replace the streetlights. But there’s a trade-off: human-friendly lights aren’t necessarily security-camera friendly. “We are also trying to balance out public safety and the surveillance camera system we have in the city,” says Montanez.

It won’t be cheap for Philly to swap out bulbs on 100,000-plus fixtures, but the city has a nifty plan in which the lights will basically pay for themselves: The city plans to issue a bond to cover the $50 million to $80 million project, and then use the expected $6 million in annual energy savings to pay it off over 20 years.

Those won’t be the only savings. In one recent streetlight manifesto, the city estimated its new lights would reduce carbon dioxide emissions by more than 13,000 metric tons — which equates to about 13.5 million miles of car travel. According to Montanez, the LEDs use 55 percent less energy than the current sodium bulbs to produce the same amount of light.

Montanez says it could be four years by the time the city issues a contract and finishes retrofitting. But cut him some slack: A city of 100,000 energy-efficient streetlights wasn’t built in a day.

This story has been updated to correct the description of the Kelvin scale, a unit of color temperature.