Meanwhile, Republican senator Pat Toomey says: “We must do more to keep guns out of the hands of psychopaths.” 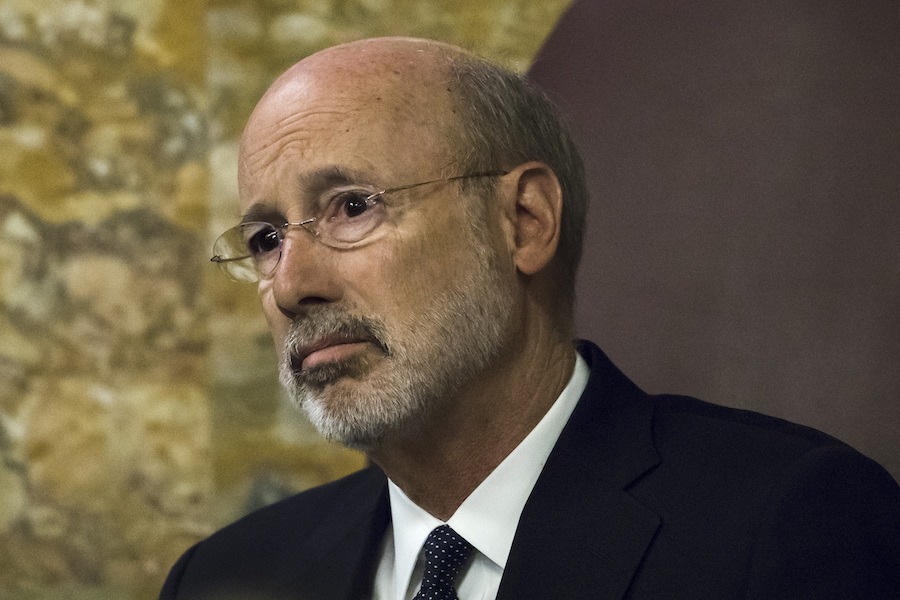 Gov. Tom Wolf has ordered all Pennsylvania state flags to be flown at half-staff to honor the victims of the mass shootings in El Paso, Texas and Dayton, Ohio, over the weekend. The order extends through sunset on Thursday.

On Sunday, Wolf said that he and his wife were “mourning an especially horrific 24 hours of gun violence in America.”

“We’re praying for the victims of El Paso and Dayton, and two young women shot in Philadelphia last night,” Wolf continued. “Many ills contribute to this rising violence. We can and must take action …. We can ban assault weapons and institute stricter background checks. We can make communities safer. We can target white nationalism and promote tolerance. We can invest in mental health care and help those struggling. We cannot accept this violence as normal. We must act.”

Philadelphia mayor Jim Kenney also offered his thoughts on the mass shootings in Dayton and El Paso, as well as the problem of gun violence in general.

“My thoughts are with the people of El Paso, Dayton, and every community affected by the scourge of gun violence,” wrote Kenney on Twitter. “We must do better.”

On Saturday, at least 20 people were killed in a mass shooting at a Walmart in El Paso.

And just after 1 a.m. on Sunday, gunfire erupted in downtown Dayton in a mass shooting that left nine people dead.

The Dayton attack reportedly makes for the 251st mass shooting in the United States this year. “There have been more mass shootings than days in 2019,” as CBS News notes of the tragic trend.

Other Pennsylvania legislators weighed in as well.

On Saturday, in response to the mass shooting in El Paso, U.S. Sen. Bob Casey said, “Once again, our nation is confronted with a mass shooting. As we all pray for El Paso, those of us in public office have an obligation to do more and take action on gun violence.”

And just hours later, after the Dayton mass shooting was all over the news, Casey wrote the following: “Enough. We don’t have to live like this. Politicians who refuse to take action to reduce gun violence are complicit in this carnage. If we’re going to truly confront this uniquely American problem, we have to speak uncomfortable truths.”

He’s tweeted nine statements about the mass shootings and the issues surrounding them since then.

On the other side of the aisle, Republican senator Pat Toomey unleashed his own series of tweets:

The mass shootings in El Paso and Dayton are the latest, horrific examples of the violent scourge that is gripping America. The perpetrators of these murders are cowards. We must do more to keep guns out of the hands of psychopaths.