Police commissioner Richard Ross said a “no consequences” mentality could be to blame after a mass shooting in Southwest Philly this weekend. 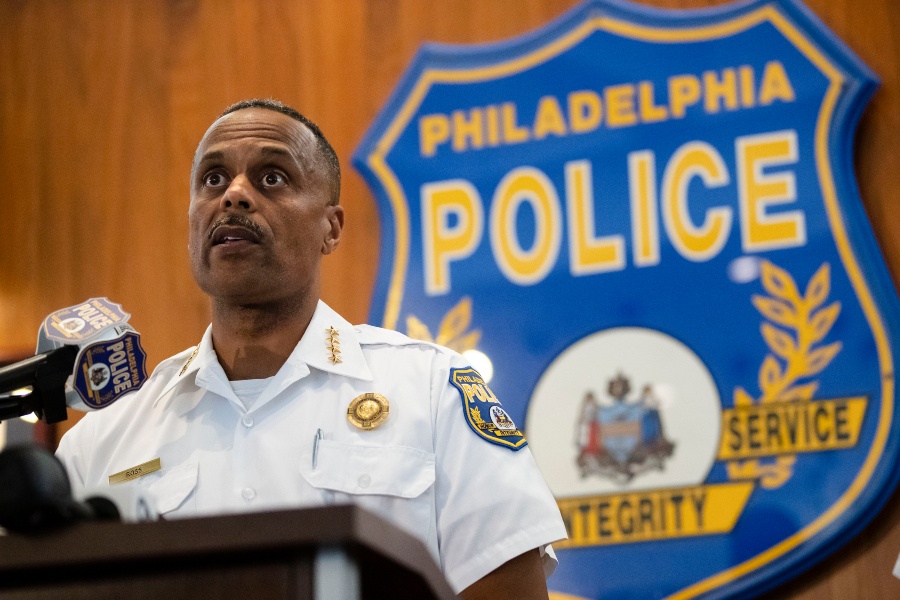 Philadelphia Police Commissioner Richard Ross speaks with members of the media during a news conference regarding gun violence in Philadelphia on Monday, June 17th. Photo by Matt Rourke/AP

Officials in Philadelphia are searching for ways to curb gun violence after a particularly bloody Father’s Day weekend — and looking to pinpoint causes.

On Monday evening, state Sen. and former mayoral candidate Anthony Williams asked Gov. Tom Wolf to enact a state of emergency after a mass shooting occurred on Sunday night during a graduation picnic at Finnegan Playground, a public park located within Williams’s district at 6801 Grovers Avenue in Southwest Philadelphia. Around 10 p.m. on Sunday, police said, a suspect “shot indiscriminately” into a crowd of at least 70 people at the party, striking six victims, including 24-year-old Isiaka Meite, who died from a gunshot wound to the back of his head. Police said all six shooting victims were less than 25 years old, including four 15- and 16-year-old teenagers, all of whom are reportedly in stable condition.

In his letter, Williams said the “senseless” act of gun violence has “rocked” his community.

It was just one of 22 shootings that took place between Friday and Sunday in Philly, leaving six people dead and 26 others wounded. Both local and national news outlets covered the Sunday-evening event and other weekend incidents, but, Williams said, the “lack of shock and public outcry by public officials” has been “stunning.”

“After yet another several days filled with record homicides in Philadelphia, as an elected official I am embarrassed by our lack of action,” Williams wrote. “As a husband, father, and neighbor, I am frustrated, scared, and angry. This level of loss of life should be met with the same dignity and urgency with which we address any other mass shooting in America.”

More than 550 people have been shot in Philly this year, according to police, with an average of more than three victims per day. As of Sunday, the city had seen 152 homicide victims this year. The homicide total — including killing by shootings, stabbings, and other means — was 13 percent higher through Sunday than at the same point last year, according to the Inquirer. 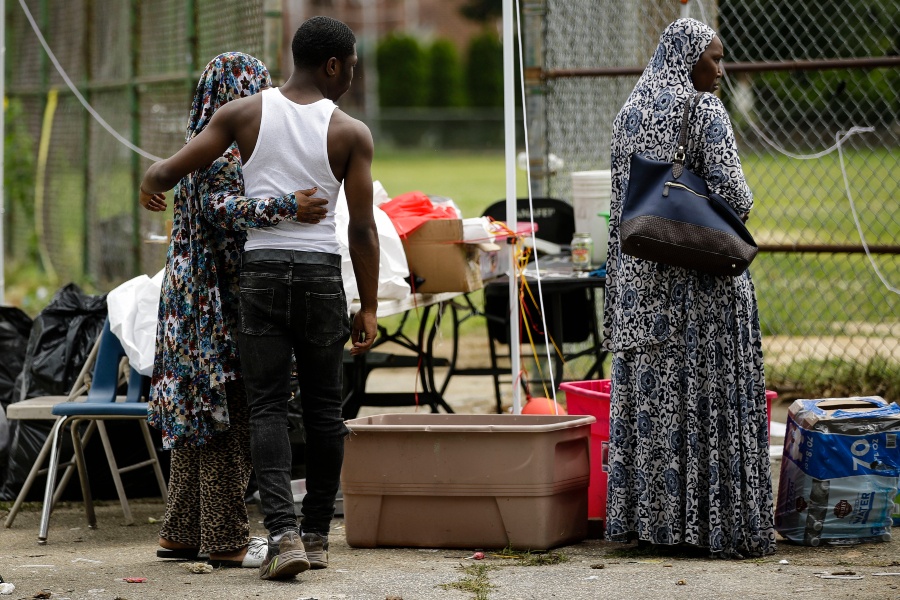 A person looks for items left behind after a shooting at a graduation party in Philadelphia on Monday. Photo by Matt Rourke/AP)

Speaking at a press conference on Monday, Philadelphia police commissioner Richard Ross said his department was “looking into” any possible factors that might have played a direct or indirect role in the increase in gun violence and gun violations this year. As of Sunday, he said, 820 people have been arrested for firearms violation in 2019. That’s almost double the number of firearm violations recorded on the same date in 2016.

Ross said he believes the uptick in gun violations speaks to two issues: First, that police officers are “clearly out there working,” and second, he said, that perpetrators may lack “concern about carrying these guns illegally.”

“I don’t know whether that’s because they’re not concerned about the consequences, but I do know that number is very alarming,” Ross said. “And while those are guns we’re glad we got off the street, at the end of the day it speaks to a willingness to carry these guns and what we believe is a need to ensure accountability.”

Ross continued to caution what he sees as “offender-centric” dialogue surrounding criminal reform, as well as a lack of concern for victims and a need to be “tougher on crime.” His words prompted a reporter to ask if he places blame for his perceived lack of accountability on the office of district attorney Larry Krasner, who has come under fire from some (including from the police union) for his progressive policies and views.

Ross responded that he’s not “ready to say” that Krasner’s office bears any responsibility in the increase in gun violence but that “you better believe that’s one of the things we’re looking at.”

“This department is a department that does believe in reform,” Ross said. “However, we also know that people have to be held accountable for violating the law, particularly when it comes to issues like gun violence, and particularly when it comes to issues like weapons violations, which ultimately lead to [gun violence]. If you feel there are no consequences, there are many people who will disregard the law because they’re not worried about it.”

In an email to the Inquirer on Monday, Krasner’s spokesperson, Jane Roh, said the office brings charges in gun violence cases “100 percent of the time when the law and the fact in arrests made by Philadelphia police and other law enforcement support them.”

“District Attorney Krasner is completely committed to all effective efforts at reducing gun violence in the face of reckless state and federal policies that have made it possible for deadly firearms to outnumber people in this country,” Roh said, adding that “there is absolutely no proven connection between [the District Attorney’s Office’s] approach to prosecutions and the homicide rate” in Philly.

Ross said that in the wake of the weekend violence, the police department will “ramp up” patrol areas in and around gun violence “pinpoint areas,” as well as increase the number of officers’ overtime hours on Friday and Saturday nights — tactics that Williams called for in his letter to Wolf.

Williams also wrote that the department should remove “the elements of law enforcement known to have intolerant views,” possibly (but not certainly) alluding at least 50 Philadelphia police officers at large who were taken off street duty after being exposed as having made apparently racist or bigoted posts on Facebook.

Williams also called for collaboration on grant approvals for anti-violence programs at the local and state level, as well as a fully funded crisis intervention plan “akin to that of the 1970s.”

“Our collective appearance of limited actions comes across as deafening silence to communities that have already been marginalized,” Williams said.