The U.S. Women’s National Soccer Team Is Playing at the Linc in August

Now’s your chance to see Megan Rapinoe in person. 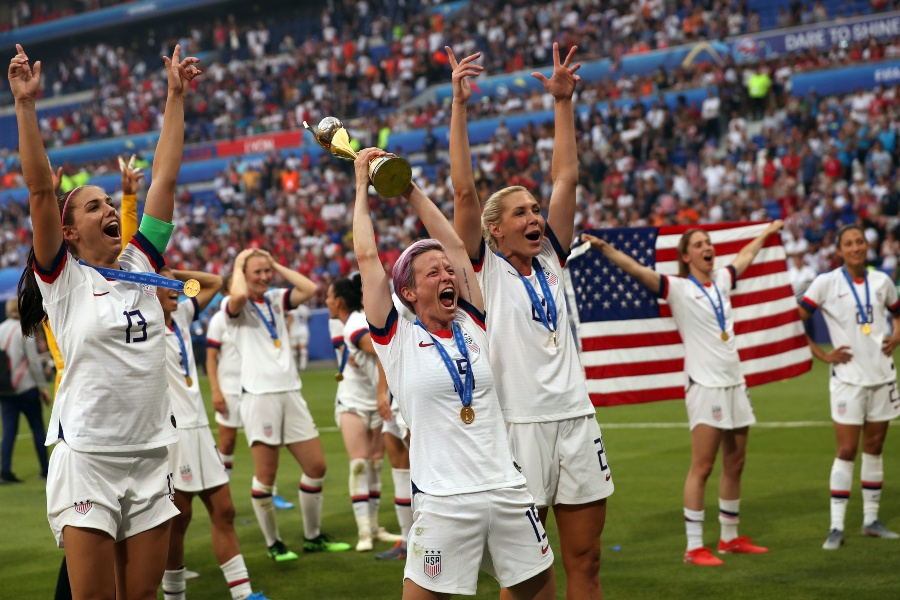 Football is coming to the Linc early this year.

No, not that kind of football: The U.S. Women’s National Soccer team will bring its Victory Tour to Philly next month.

Players will face off against Portugal at the Linc on August 29th. This means you’ll get the chance to see Megan Rapinoe, Julie Ertz, Carli Lloyd and the rest of the politically outspoken 2019 Women’s soccer champions in person — in our equally dogmatic city.

The Philly match is the second scheduled game of the 2019 Victory Tour. The tour kicks off on August 3rd, when the U.S. will host the Republican of Ireland at the Rose Bowl in Pasadena, California — the team’s first match on home soil after winning the 2019 FIFA Women’s World Cup in France.

The USWNT will then play Portugal twice: First in Philly in August, then in St. Paul, Minnesota on September 3rd. The final two matches of the five-game Victory Tour have yet to be confirmed, but they’re scheduled to take place on October 3rd and 6th.

More than 27,000 tickets have been sold for the first game of the tour. Tickets for the match at the Linc will go on sale to the public via ussoccer.com at 10 a.m. on July 30th. Here’s something to remember: You won’t be able to get tickets at the Linc until game day. (And anyone looking to attend the event in groups of 20 or more can order tickets through ussoccer.com starting at 10 a.m. on July 31st.)

Are you a huge Rapinoe fan looking to buy tickets before the general public? (I get it.) Here’s a hack: Those who have a U.S. Soccer Insiders Membership have the opportunity to reserve tickets before they’re released to the outside world — and standard memberships are free. You just need to sign up (you can do so right here) before the end of the day on Friday, July 26th.

If you plan to attend an American football game at the Linc this fall, you should probably also consider seeing these stars hit the field. We know our beloved Eagles won the 2018 Super Bowl (and we’re forever proud of our Birds) but the USWNT is in a league of its own: At the 2019 World Cup, our players set a record for most goals in tournament history with 26, breaking the team’s own record of 25, set back in 1991.

Yeah. This is probably the most successful sports team you’ll ever seen play on our home turf.