Wawa Just Became the Official Hoagie of … the Baltimore Ravens?

We don’t Harbor any ill will, Wawa. 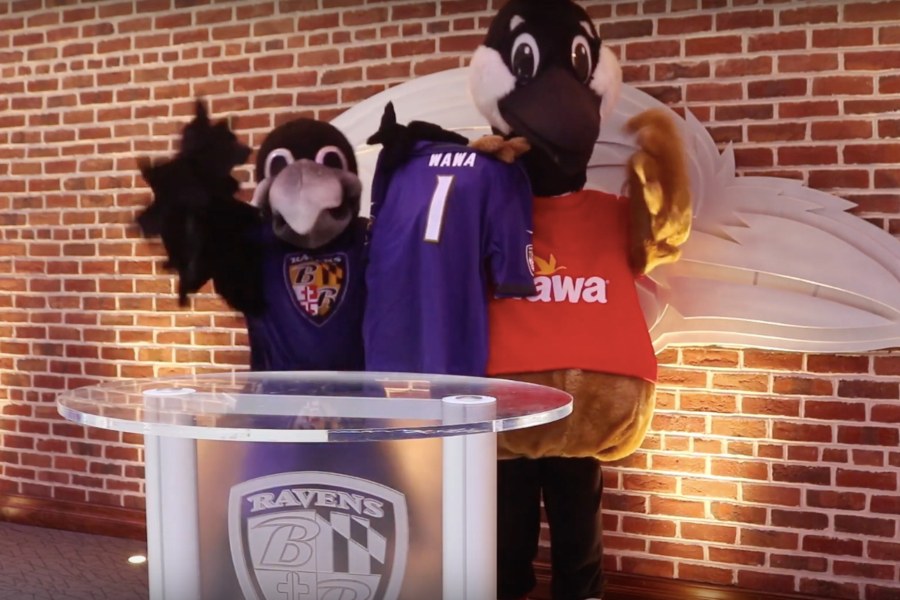 Poe and Wally celebrate Wawa becoming the “official” hoagie of the Baltimore Ravens. Good for them. | Photo from YouTube

In what can only be construed as the result of an inexplicable moment of confusion, Wawa has just chosen to become the “official” hoagie provider of the Baltimore Ravens.

We repeat: the Baltimore Ravens.

We won’t hold it against you, Wawa. At least, we don’t think we’ll have to. The Ravens are pretty subpar. But we’re puzzled as to how you’ve forgotten your 2015 alliance to a real Wawa hoagie-loving team. You know, the 2018 Super Bowl champions, everyone’s favorite underdogs — the E-A-G-L-E-S, Eagles. Team of your so-called “hometown.”

What’s next? Are you going to pull an Amazon and build your second flagship store in Baltimore?

Anyway, we’re not bitter. Sounds like a nice little deal for Baltimore, especially considering Wawa will celebrate its 50th anniversary in Maryland in 2020. We can understand, for business reasons, why the company would want to continue its expansion there and “make deeper connections” with communities in the city and beyond.

However, we disagree that — in the words of Adam Schall, Wawa’s senior director of store operations for Maryland — Baltimore is home to “some of the best fans in football.” Philly is home to the kindest, most lovable football fans in the world. Everyone knows that! It’s why we’re so okay with this whole thing.

It’s also why we can do without all the promotions and “store-level elements” Baltimore will get. No thanks, we don’t want any opportunities to win tickets to games, merchandise and unique experiences. We can run to our Wawa flagship store and pick up some Wawa T-shirts and hats whenever we want. And who cares if the Wawa and Ravens mascots, Wally and Poe, hang out together at the Ravens’ home stadium? We’ve still got Gritty, who’s not just our hockey mascot, but our city mascot, as well as the best mascot that ever existed. (Swoop is fine.)

Finally, we don’t want to rain on your parade, Baltimore, but if this whole situation feels vaguely familiar to you, it’s because, as mentioned, Wawa became the “official hoagie” of the Philadelphia Eagles in 2015. (Are we getting two-timed here?) You might want to watch your back, because the Miami Dolphins are probably next. We hear Wawa’s looking to make Florida its largest market.

What matters in the end is that Maryland can benefit from this little arrangement more than Philly can. The city’s hoagie pickings are slim — meanwhile, we’ve got plenty of providers to choose from.