In a recent Brown University survey of 20 U.S. cities, researchers found that Philadelphia was the only one whose heat alerts actually made a difference in preventing deaths. 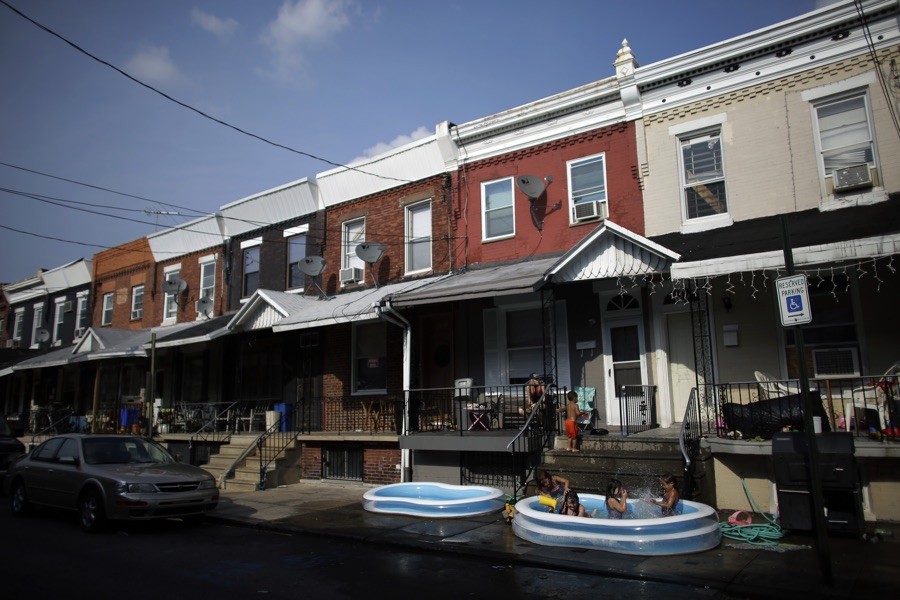 Kids cool off during a hot day in Philly. Photo by Matt Slocum/AP.

It’s fry-an-egg-on-the-sidewalk hot in Philly right now. The National Weather Service’s excessive heat warning — in effect through Sunday — might seem like an unnecessary precaution given that it’s clearly sweltering out. But these alerts and the protocols they trigger at the city level aren’t just for show: they save 45 lives a year.

That’s according to a study conducted last year by environmental health scholars at Brown University and Harvard, which found that these alerts reduce heat-related death in the city by 4.4 percent. “Philadelphia has a long history of being particularly proactive in response to heat. And they’ve been quite innovative in educating the public and the public health response to heat emergencies,” says Gregory Wellenius, one of the study’s coauthors.

In fact, in a survey of 20 U.S. cities, Wellenius and his colleagues found that Philadelphia was the only municipality whose heat alerts actually made a difference in preventing deaths. But it’s not the actual beeping alert from your cell phone that saves lives. Instead, says Wellenius, “it’s what people and communities and governments do in response to those heat warnings.”

First, when the city Department of Public Health gets notification from the National Weather Service of upcoming high heat, the health commissioner will declare a heat health emergency. That’s the “official legal trigger for a number of programs throughout the city,” explains health department spokesperson James Garrow. Those programs include the opening of the “Heatline” (a phone number people can call if they need help managing the heat), extended hours at cooling centers (like public libraries and pools), and extended outreach to the homeless.

In Philly — a city with old housing stock and high levels of poverty — the stakes are high. “There are people who live in areas where they’re worried about opening their windows and don’t have a lot of money to buy air conditioning,” says Garrow. “The old recommendation was to go to the movies. Well, the movies cost $20 a person, so that’s not a great recommendation.”

Not only is it harder for low-income people to keep cool without financial resources, but poorer parts of Philly are also hotter to begin with. “There are areas that have less green, and more black roads, and tend to be even hotter,” Garrow says. Wealthier neighborhoods, meanwhile, tend to have more tree cover, and are therefore cooler. The Inquirer reported a 20-degree difference between the city’s hottest neighborhoods (North Philly and West Philly) and its coolest (Chestnut Hill).

The health department has met the challenges of heat mortality head on, taking innovative steps to mitigate deaths in recent years. “It used to be that when NWS issued an excessive heat warning, the city would automatically do the same thing, and then all these programs would get implemented,” says Garrow. But by cross-referencing data about when the NWS issued alerts with the city’s data about when people were actually dying from heat-related issues, the health department saw that the NWS-issued heat warnings “didn’t really match up with when we saw deaths.” In response, city has begun to issue heat health emergencies independently from the NWS.

Even with the Philly’s increasingly effective warning system, Garrow and Wellenius both note that hospital emergency rooms are ultimately the ones on the front lines of heat emergencies. “They have access to the most vulnerable parts of the population, so on these very hot days, they need to be aware that this is a major health risk,” says Wellenius. The impending closure of Hahnemann Hospital in Center City on August 16th is far from ideal, particularly in the midst of a hot summer.

Fortunately, the hospital is still accepting patients to its emergency room until then. But with many hot days ahead, it’s clear that the health department’s education and outreach programs will only become even more critical.