The National Weather Service has also issued an “excessive heat warning” through the weekend, when temperatures could feel as high as 110 degrees Fahrenheit. 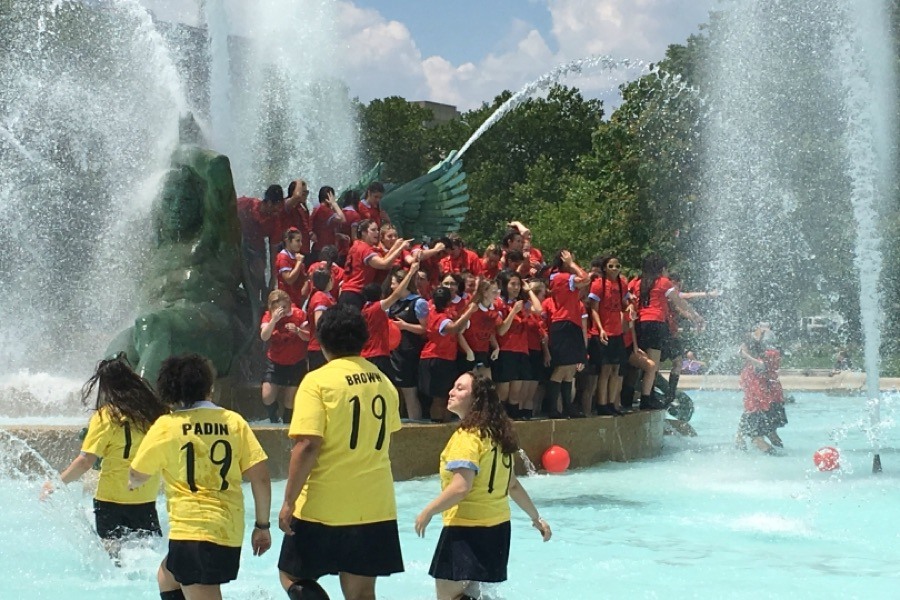 Get your cold compress ready, because it’s going to be hot for the rest of this week. Actually, it is going to be excessively hot according to the National Weather Service, which has issued an “excessive heat warning” from Wednesday through Sunday evening.

The NWS expects this nationwide heat wave to produce some of the hottest temps so far this year. Indeed, Wednesday’s high in Philly is expected to be 95 degrees Fahrenheit, but per the NWS “heat index,” which is arguably even more relevant because it tells us what it will actually feel like outside, it’ll be more like 105 degrees.

If that sounds bad, well, buckle up: Today’s temps might feel positively balmy compared to what’s ahead, because Saturday is forecasted to be a lugubrious humidity soup with temperatures at a flat 100 degrees. And that’s before you even factor in the heat index, which could rise as high as 110 degrees.

Here’s a breakdown of how to beat the heat.

This is pretty self-explanatory, but those who are most susceptible to the heat — particularly the elderly and young children — should stay in the coolest location possible (which isn’t always necessarily indoors). The city of Philadelphia maintains an interactive map of various “cooling centers,” ranging from air-conditioned buildings like local libraries to public pools and public spray grounds. (It also has a map showing the hottest areas in the city.)  If it’s public pools you seek, we’ve got a list of our own, too.

The city has already declared the year’s first Heat Health Emergency, which will remain in effect until Sunday evening. That means some of those aforementioned cooling centers will institute longer hours, and the city will also operate a (ahem) hotline, where you can call for heat-reduction advice. The city also has an extreme weather notification system, for which you can sign up here.

Due to extremely hot conditions, the City has declared a Heat Health Emergency.

Learn more about what services are available ➡️ https://t.co/kF9PSdWMPm pic.twitter.com/75UeHgXYHr

Signs of Heat Stress and Other Best Practices

If you’re experiencing a loss of energy or appetite, lightheadedness, or nausea, you may be suffering from early signs of heat stress. More severe symptoms include rapid heartbeat, headache, muscle cramps, and difficultly breathing. If you begin to experience any of the initial symptoms, the Department of Public Health recommends moving to a cool place, resting, and drinking plenty of fluids.

It’s especially important to check on elderly family and neighbors and confirm they’re staying hydrated, as they may not recognize the effects of high heat until they’re already dehydrated. If you see someone struggling with the heat who is homeless, you can also contact the city’s Homeless Outreach Hotline at 215-232-1984.

Other tips to keep in mind: Don’t ever leave your pets unattended in a car, as it can take just two minutes for the heat to rise to unsafe levels. (This goes without saying, but you should obviously never leave your kids in the car unattended, either.) And if you live in a non-air-conditioned home and are using a fan to cool down, make sure you keep the windows open as you fan off. That might seem counterintuitive, but many Philly row homes produce a sort of greenhouse effect, which means you could just be propelling hot air through your home.

If you’re not feeling a taxpayer-funded fix for the heat, there are other options: drink a cold beverage, or take a dip in some water (just don’t let Bobby Henon see you, if you’re in a makeshift pool). Or you could escape down the Shore (we’ve got some recs) where temps will be slightly cooler — albeit still north of 100 degrees on the heat index. At least there’s no shortage of water at the beach; although, as of Wednesday, the NWS was reporting a threat of rip currents.

Speaking of water: If there weren’t already enough bad weather news, the NWS is also issuing a flash-flood watch for Wednesday evening. Of course, you’re probably used to that by now.