The Best Thing That Happened This Week: The Phillies’ Bamboo Voodoo 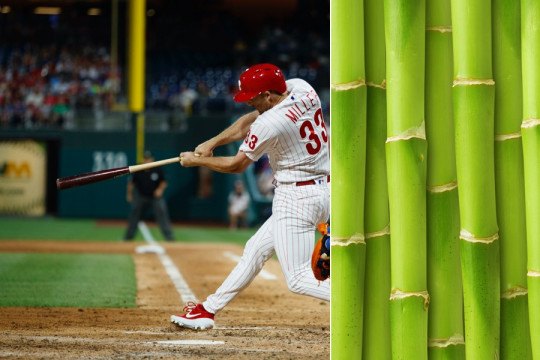 The month of June hadn’t been kind to the Philadelphia Phillies. The team went into Monday night’s game having lost seven straight, including a 15-1 mauling by the Atlanta Braves and regular shellackings of the bullpen by the Marlins and Nats. Sure, now the Mets were in town, and the Mets suck, but not as badly as those lowly Marlins before they feasted on the Phillies’ bones.

So what’s the new kid in town to do? Novice Phil Brad Miller, an infield utility guy acquired just as the team got mired — he’s played for seven Major League teams so far — vaguely recalled having once bought some bamboo while in a similar minor-league slump (bamboo being, of course, a plant that brings good luck according to the ancient Chinese geomancy principles of feng shui). So he went to Chinatown and bought a little pot of the stuff and stuck it in his locker.

That night, the Phils finally broke their loss streak with a 19-hit, 13-run eruption worthy of Vesuvius.

The next day, Miller headed back to the same shop in Chinatown and bought “the biggest plant they had,” setting it smack in the middle of the clubhouse. Again, the Phils won. “It was bound to happen for us to go off,” Miller said modestly after the game, adding. “Now we have the big boy over there. The granddaddy of ’em all.”

Coincidence or not, the mini win streak sent “brad miller bamboo” trending on Twitter (sample tweets: “The Phils are now 2-0 in the Bamboo Era”; “Trust the Plant”). Miller gifted manager Gabe Kapler, ejected from Tuesday’s win (with a whole lotta cursing) for just the second time in his career, with a planter of bamboo for his desk. The Phils snagged their first walk-off win of the season on Wednesday. And on Thursday, Maikel Franco and Jean Segura slammed bottom-of-the-ninth homers to seal the four-game series sweep. As for Miller, he found himself with a new nickname: “Bamboo Brad.” It looks good on ya, kid.