What better way to kick off campaign season than yelling at a screen with a bunch of strangers? 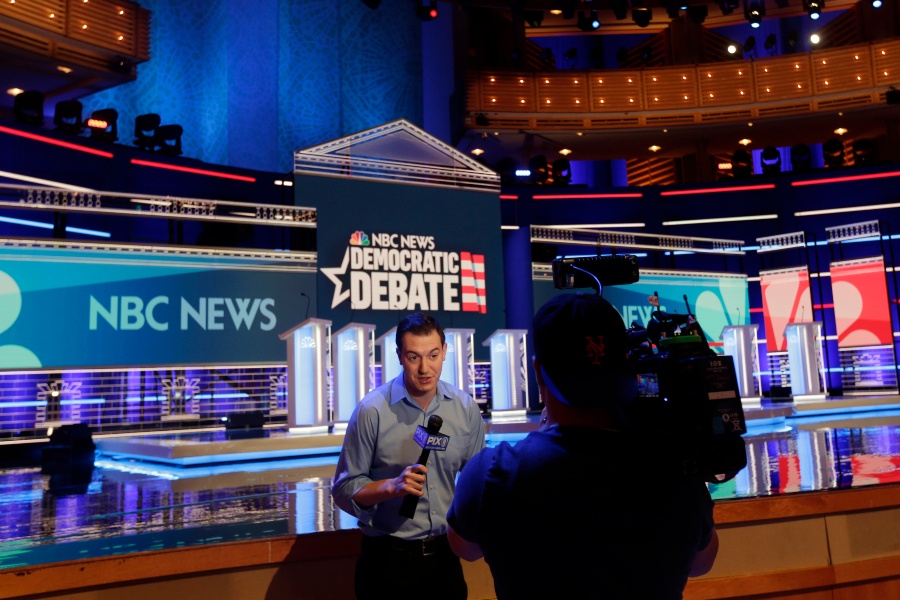 If you’re inclined to watch the head-butting with strangers, your viewing options are many: Chomp on Nonna’s Pizza while cheering on Elizabeth Warren, join the DSA’s Bernie Sanders bash at First Unitarian Church, or get fired up for “Mayor” Pete Buttigieg in the Gayborhood.

Wednesday’s lineup will include quasi-local New Jersey Senator Cory Booker, while Thursday night’s crop will feature Scranton’s own Joe Biden, who announced last month that his campaign headquarters will be in Center City. Former Pennsylvania Congressman Joe Sestak — who seems to have taken his two unsuccessful senate runs as indication that he should run for president — will not appear in this round of debates.

Pen and Pencil Club
Party at 8:30 p.m., bar and kitchen open at 7 p.m.
1522 Latimer Street, Center City
The nation’s oldest press club will host watch parties both nights, during which you can rub shoulders with Philly’s finest journos. The event is free and open to the public (but don’t forget your press hat). Bar and kitchen will both be open, and the drinks are cheap.

2018 Democratic Debate Watch Party
8 to 11 p.m.
Finn McCool’s, 118 S. 12th Street, Center City
The local chapter of Indivisible, a progressive group that aims to “defeat the Trump agenda,” will host a watch party at Finn McCool’s Irish Pub in Midtown Village. The group promises “lots of yelling at the screen!”

Philly for Warren
8 to 11 p.m.
Field House, 1150 Filbert Street, Center City
The newly-minted “Philly for Warren” group, whose Facebook ranks are steadily growing, will host their watch party to support the Massachusetts senator. Elizabeth Vale — former senior advisor and business liaison for Elizabeth Warren’s Senate campaign — will speak at 8 p.m., so get there on the early side.

Watch Party to #ChangeTheDebate
8 p.m.
4937 Chancellor Street, West Philly
Come to West Philly to watch the debate with Philly’s chapter of the youth-led climate advocacy group Sunrise Movement. The group plans to use the debate as an opportunity to storm social media and call for the implementation of a Green New Deal — as well as “to put the pressure on these candidates and demand they give a damn about our lives.”

Bernie Debate Watch Party
8 p.m.
Pasqually’s Pizza, 200 S. 43rd Street, West Philly
Bernie supporters looking for a more low-key energy than the DSA’s watch party can come to Pasqually’s in West Philly for beer, wine, and pizza. Speakers from Sunrise will talk about the Green New Deal before the debate.

Debate Watch Party for Pete
9 p.m.
Tabu Lounge and Sports Bar, 254 S. 12th Street, Center City
Fans of Mayor Pete should head to the Gayborhood’s Tabu. Get there a little before 9 p.m. to socialize with other Buttigieg supporters and order drinks.