Ron Jaworski is betting you’ll bet big on the AFL. 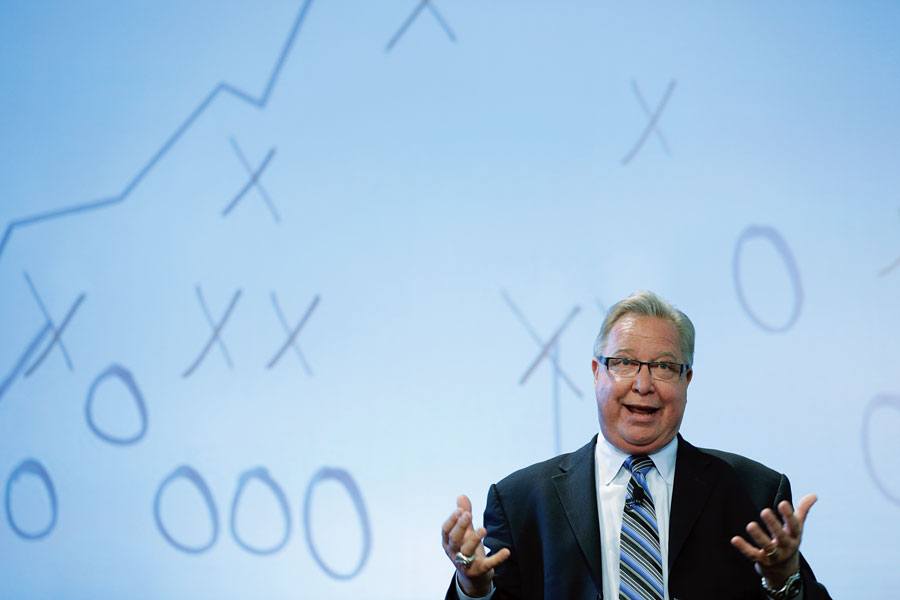 If you’re not a die-hard fan of the Arena Football League (chances are you’re not), your knowledge of the game likely starts and ends with Jon Bon Jovi. But JBJ hasn’t owned the Philadelphia Soul since 2008. The AFL has been on deathwatch since it skipped its 2009 season due to financial woes, and last year, the league looked cooked due to a labor impasse. The show did go on (with just four teams), yet league brass remain bullish about the future.

Arena football, for the uninitiated, is a fast-paced, high-scoring indoor version of American football, played on smaller fields and with nets that bounce wayward kicks back into play. Founded in 1987, at its peak the AFL boasted 19 teams, 13,000 fans per game and future NFL stars. Now, a financial right-sizing and the creeping legalization of sports betting have league investors seeing opportunity.

Headed up by commissioner Randall Boe (of D.C.’s Monumental Sports & Entertainment group) and with Soul owner/Eagles legend Ron Jaworski as chair of the executive committee, the AFL has moved from Vegas to Philly and is positioning itself as a next-generation league. The plan: The AFL will be unprecedentedly friendly to sports betting, providing data and game feeds to sports books to foster in-game or “proposition” wagering. The fast pace and high scoring (our Soul beat A.C.’s Blackjacks 48-41 in April’s opener) are why Jaworski thinks the game “would be good for fantasy football, for prop bets.” And 2019 has seen the AFL expand into two new Eastern U.S. markets, including Atlantic City.

“We all know making a wager on a game enhances engagement pretty substantially,” says Boe. Fan engagement will be key. Jaworski says the AFL plans to get back up to 12 teams east of the Mississippi and then reestablish a Western presence by 2023 or 2024.

Anyone want to take action on that?

Published as “Philly’s Big Football Gamble” in the June 2019 issue of Philadelphia magazine.