Wilma Mae Basta came forward this week to give a victim impact statement at Tyler’s sentencing hearing for his 2017 sexual assault of a South Philly boy. 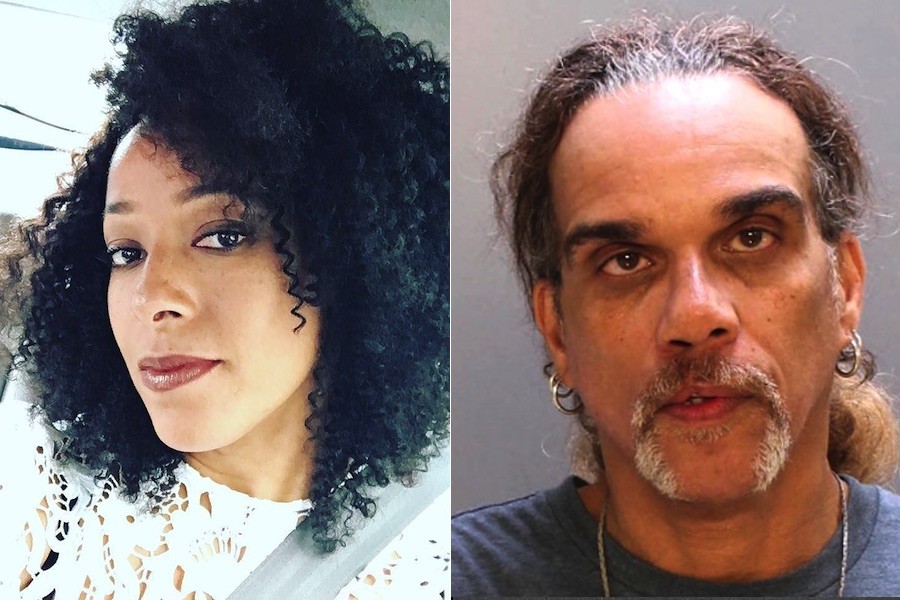 Tuesday was supposed to be the day that veteran Philadelphia guitarist Mike Tyler learned what his sentence would be after a jury convicted him in March of sexually assaulting a 14-year-old South Philly boy in 2017. But it turned out that Tyler wasn’t sentenced on Tuesday. Instead, Main Line-born entrepreneur Wilma Mae Basta took the stand and accused Tyler of sexually assaulting her in 1985.

Tyler, 59, was never arrested or charged over Basta’s allegations. In fact, Tuesday marked the first time that the 52-year-old ever publicly made these accusations. She never went to the police. For decades, she didn’t tell her family or her closest friends.

“But I realized that it is my duty to come forward,” Basta tells Philly Mag. “This is something that I’ve lived with for a long time, and I have a lot of hesitation about speaking out publicly about it. But I have to stand up for a 14-year-old boy that was defenseless.”

During Tuesday’s sentencing hearing, Basta read in open court her account of what she says Tyler did to her as part of a victim impact statement, a copy of which Philly Mag has reviewed.

Mike Tyler Convicted of Felony Sex Crimes Against a Child

“I’m confident that the court will take into account all testimony, including that which will be submitted on behalf of and in support of Mr. Tyler and render a fair sentence at the next court date,” said Tyler’s attorney, Justin Capek, when asked by Philly Mag to respond to Basta’s testimony. The hearing is scheduled to continue on July 2nd.

While Tyler could never be charged over Basta’s allegations, since the statute of limitations long ago expired, the court can consider them when determining an appropriate sentence. Basta’s allegations are strikingly similar to those of the 14-year-old boy.

The boy told police that he woke up one morning in his father’s South Philadelphia home to find Tyler, a family acquaintance, sexually assaulting him by repeatedly making oral contact with the boy’s penis. In March, a jury found Tyler guilty of involuntary deviate sexual intercourse with a minor and unlawful contact with a minor, both first-degree felonies that can each carry a sentence of up to 20 years in prison.

Basta testified that she woke up one day in 1985 to find Tyler’s mouth on her genitals. She said the incident took place at a home in Washington, D.C., where Tyler, Basta, and others had gathered for a party. Basta was acquainted with Tyler through a mutual friend, but says that they weren’t friends and they certainly weren’t dating.

“I had drifted off to sleep and I woke up and found his face in my crotch,” Basta tells Philly Mag. “That’s when the panic set in. That’s when the fear set in. I didn’t know what to do. I didn’t have any money. If I move, is he going to hit me? If I escape, I don’t know where I am — is it a bad neighborhood? Will I be in more danger if I leave? So I decided to pretend to sleep and just remain as unharmed as I possibly could be. The only thing I could do was be as still as possible. And he sexually assaulted me.”

While Tyler would go on to play guitar for major acts like LL Cool J and Pearl Jam, eventually winding up as lead guitarist for the unfortunately named Philly band Touched By an Uncle, Basta spent most of her adult life in Europe, where she worked as a public relations executive. Recently, Basta and her husband moved to New York, where she is launching DRK Beauty, a beauty and lifestyle content platform for women of color.

Basta says that she never had any intention of going to the police or telling anybody about what she says Tyler did.

“I felt immense shame,” she says. “Since it wasn’t something penetrative, I didn’t even realize that I had the right to call it an assault. You know, back then, I don’t think I even knew that ‘sexual assault’ was a thing.”

But then she saw Philly Mag’s coverage of the Tyler case on Facebook.

“When I saw the story and then when I learned the details of what he was accused of specifically, I knew in my gut that he had done this to the boy,” she says. “I mean, who has a band called Touched By an Uncle? … And then the #MeToo movement really inspired me to share what that predator did to me.”

Basta also testified on Tuesday that when she had occasion to encounter Tyler over the years following the alleged assault — maybe three to five run-ins, she estimates — Tyler would whisper in her ear, “I can still taste you.”

“We owe it to other people to protect them from Mike Tyler,” she insists. “It has to stop. If I consider myself an honorable person, which I do, I have to come forward even with some level of risk to myself. I have to set an example for my two children.”

In an interview with Philly Mag earlier this week, the father of the boy whom Tyler sexually assaulted said he’s now concerned that there may be other Tyler victims out there who have yet to come forward.

“I cannot help but wonder if there are others out there who have also suffered at the hands of Mr. Tyler,” says the dad, whose identity we are protecting out of concern for his son’s privacy. “How many other victims could be out there between 1985 and 2017?”