Ranging in age from 99 to 106, the crowd ate cake and chatted with Jim Kenney at the annual Mayor’s Centenarian Celebration. 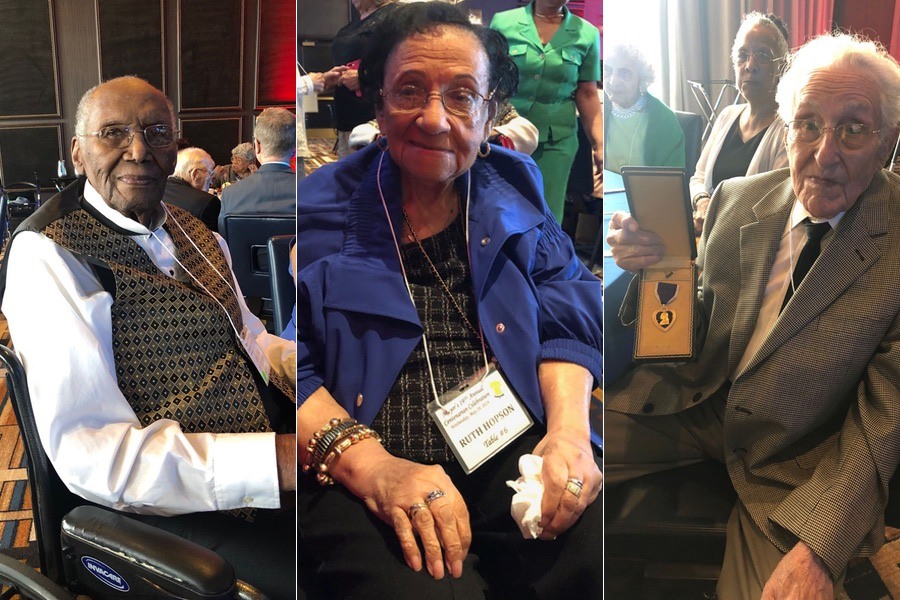 In 1919, the average life expectancy at birth in the United States was just 55 years. But statistics are no match for good genes and a little luck, and here’s the proof: On Tuesday, 140 hundred-year-old Philadelphians — the oldest 106 years old, the youngest 99 — gathered at a banquet at the SugarHouse Casino to celebrate a full century’s worth of life, and their continued flouting of the odds.

Each member of this class of “centenarians” has his or her own multivolume life story. There are those with the exceptional tales: Charles Leuzzi, a two-time Purple Heart recipient; Benjamin Franklin Jones III, an engineer who helped develop the first-ever spacesuit for NASA. 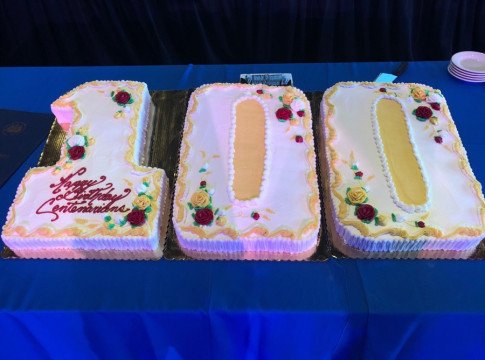 Then there are those who lived what some might call “regular” lives — working as a cab driver, or a “homemaker,” in the old parlance. But that would surely be wrong: No life, especially one that’s been going on for a century and change, is anything but unique. (Although it must be said: This was a room where being a World War II veteran was hardly exceptional. You’d need at least one of those Purple Hearts to really stand out.)

The Mayor’s Centenarian Celebration has fêted Philly’s hundred-plus population every year since 2001. Mayors Street, Nutter and Kenney have all hosted the festivities over the years. When Ruth Hopson, the oldest attendee at 106, was born, Rudolph Blankenburg was mayor, elected as a member of the Keystone Party. That was 19 mayors ago. Needless to say, the honorees have seen more than their fair share of politicians over the course of a century. Asked what he thought of the current mayor, Leuzzi, the 99-year-old Purple Heart–winner, responded more philosophically: “There’s too many of ’em.”

In total, there are 454 hundred-year-olds in Philadelphia, according to the Office of the City Representative. Another 176 Philadelphians are on the cusp at 99. Owing to some apparently superior genetics, the vast majority of centenarians are women. Blame the Y-chromosome — except in the case of 103-year-old Russell Harvey, the oldest man in Philadelphia. He walks with no cane. He says he still drives his car — though no longer at night. He wore a long black suit, striped black tie, and a pocket square, and looked more like an octogenarian than a centenarian. 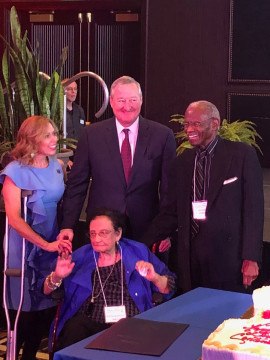 Lunch was served: iced tea, tomato soup, chicken, and cake. The centenarians sat at round banquet tables with family members, or staff from assisted living facilities. It was something of an incongruous experience, passing from the smoking and gambling on the casino floor below, to the second-floor banquet hall, where the predominant scent in the air was that of perfume. A four-piece 1920s-era jazz band performed on stage. A few centenarians either walked or wheeled to the dance floor. Hopson, who lives at home with family in Wynnefield Heights, danced and waved her arms to the beat. “I can do the Charleston,” she said.

It was a celebration of life, of course, but there were whispers of its end, too. Lorenzo Fauntleroy, 99, had just attended the funeral of his sister, his last living sibling, the day before. Hopson, too, was the oldest of her siblings, but now the only one still alive. This is life’s irony: The more you witness, the more you see conclude. Mayor Kenney, in a speech delivered before cutting a slice of a gigantic vanilla-frosted cake in the shape of the numeral 100, spoke of the grief of losing his own father, at age 83, last year. “In honor of my dad,” Kenney said, “stay around as long as you can.”

Before and after his remarks, Kenney took photos with the 140 centenarians, who received instant print-outs from a hyper-modern machine. A line of them formed at a corner of the ballroom in advance of the photo-op with the mayor, as if paying tribute to a king. But of course it was really Kenney paying tribute to them. He stood in front of a City of Philadelphia backdrop, in a blue suit and red tie, flashing the same jaw-cramping smile over and over again, as the camera flashed before him. And after each photo, Kenney shook the hand of the man or woman before him, and said what he’d shared with every centenarian who’d come before: “See you next year.”