Philly Cops to Have Increased Street Presence This Summer

Commissioner Richard Ross announced a new initiative that seeks to address the city’s recent crime paradox: Overall violent crime is down, but the murder rate is rising. 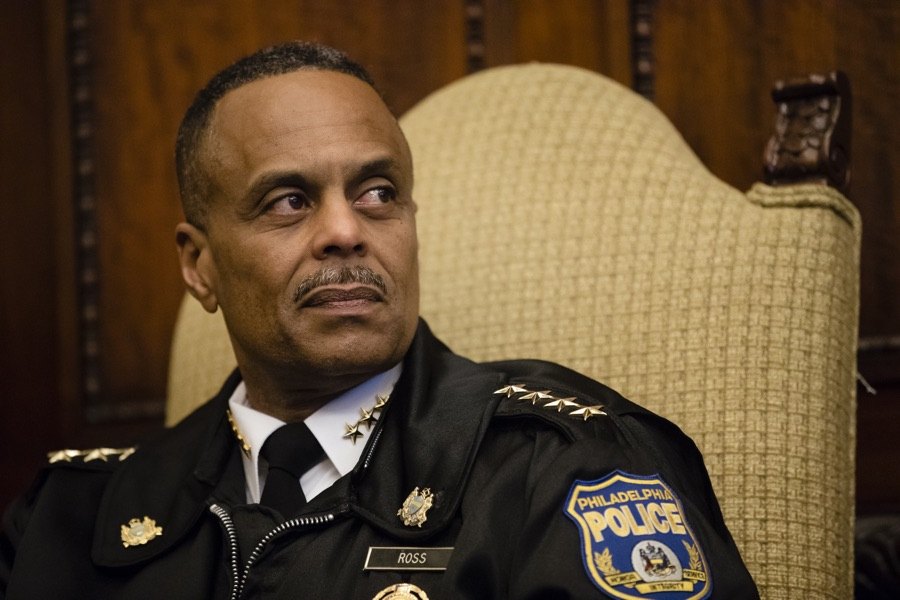 Philadelphia Police commissioner Richard Ross announced at a press conference on Tuesday that the city will be increasing its deployment of police officers on the ground this summer with the goal of reducing gun violence.

Paradoxically, the city’s murder rate is rising — so far there have been 131 homicides this year, the most at this point in a year since 2012 — despite the fact that, according to the Police Department, total violent crime is down to levels not seen since the late 1970s. (There were 350 murders in 2018, the most since 2007, which saw 391 in total.)

It’s no secret that the warm summer months are correlated with an uptick in crime, both nationally and locally. Last year, for instance, Philadelphia saw roughly 970 violent crimes committed in February, and 880 the following month. Compare that to June and July of the same year: around 1,160 and 1,120 violent crimes, respectively, according to police statistics. That’s the precise phenomenon Ross is trying to counteract with his heightened police presence.

Ross said the additional police deployment, which first began over Memorial Day and will expand once the school year concludes in June, is above all an attempt to address the “persistent problem” of gun violence. About 90 percent of the city’s homicides are committed with a firearm.

Ross didn’t share a projected number for the increased officer presence this summer, saying only that “dozens” of officers would be deployed — many between the hours of midnight and 3 a.m. Some police will be pulled off administrative work to cover the increased workload, while others will be tasked with extra shifts, Ross said. A police spokesperson would not publicly specify which areas of the city can expect an uptick in police presence, but did say the department had singled out “several areas.”

Mayor Jim Kenney has also prioritized reducing gun violence during his administration. Kenney deemed it a public health crisis last September, and later released a 32-page document with policy recommendations, including investments in policing technology and adopting a more structural approach that would reduce “physical and programmatic inequities” in communities prone to gun violence.

As for Ross’s more fundamental tactic of simply increasing the number of officers on the street, there’s considerable debate whether more police actually reduces crime, or if it only further inflames tensions between police departments and the communities they serve. A 2015 report from the NYU School of Law did find that the number of police officers can act as a deterrent and lower crime. But in a example that served as something of a natural experiment, when New York City Police Department experienced a work shortage and decline in officers in late 2014, civilian complaints of crime actually decreased.

In addition to the officer deployment, Ross stressed the department’s various community policing efforts, including a job fair initiative run by current officers, as well as a GED and SAT program for young men who are currently incarcerated.