What I Learned at the Mayoral Debate From Philly’s “Super Voters”: Older Black Women

At Monday’s event, I had the privilege of sitting among a group of women from all over the city weighing up the candidates like they were at a sporting event. 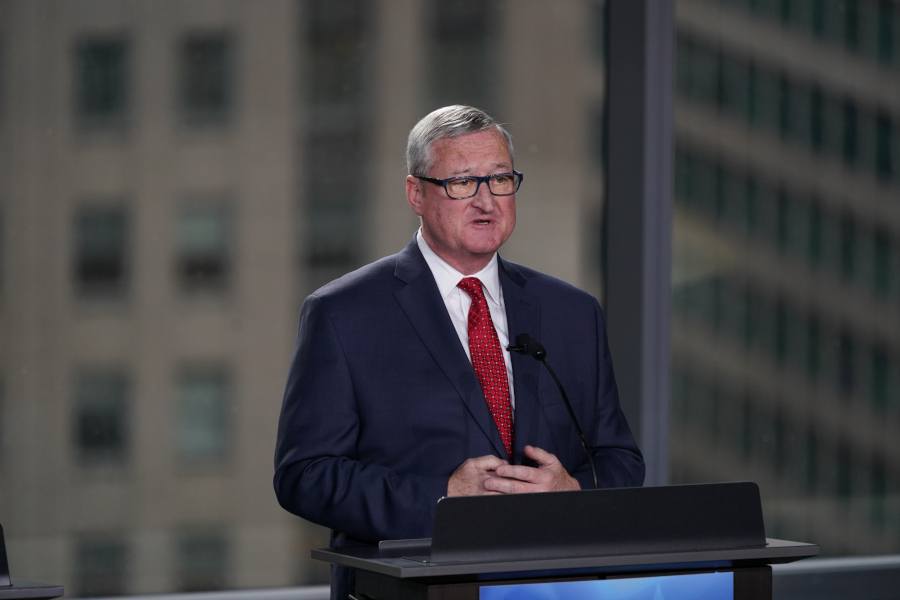 Photo by Joe Kaczmarek via NBC10

If you ask any political strategist to identify the most sought-after voting bloc within Democratic party at large right now, they will tell you older Black women voters. In the 2016 presidential general election, for example, 94 percent of Black women voted for Hillary Clinton — far more than other demographic (especially given that 53 percent of white women voted for Trump).

I’ve been wondering which way this pivotal set of voters is leaning in the most contested Democratic mayoral primary in more than 30 years, and I had the perfect opportunity to find out on Monday night when all three challengers — Mayor Jim Kenney, former city controller Alan Butkovitz, and state Sen. Anthony Williams — spoke directly to voters during the only televised debate of the race. I was part of the live studio audience, and I had the privilege of sitting among a group of older Black women weighing up the candidates like they were at a sporting event.

“We’re super voters,” one woman told me during the debate. “We can really make or break who gets elected in this town.”

Here’s what my time with these super voters told me they are thinking about the issues, the policies, and the candidates before they hit the polls next Tuesday.

On the Soda Tax

“I hate when he brings the kids up — he’s trying to make me feel guilty,” a mid-50s Northwest Philly native said about Kenney’s frequent mentions of how the broadly unpopular soda tax will help to address poverty with pre-K and rec centers. “It’s a tax that’s hurting the poor, and most of the money isn’t even going to our communities. That’s like a pastor saying he’s collecting offering for the church, but spending it on himself. He’s an idiot. I’m not a fan of it at all.”

One grandmother of five from North Philly said she “can’t stand the tax” and that it doesn’t help at all with her young grandchildren. “The mayor isn’t telling the truth,” she argued. “The centers on my block don’t have Keystone stars, which would make it be free for my babies to go. The money is going to a lot of rich people who can already afford pre-K.”

For another observer, a South Philly woman in her late 50s, the tax is a simple issue of unfairness: “I hate the soda tax because I hate spending more money for my Pepsi. He should tax Comcast and PECO for running up my damn bill.”

A 48-year-old woman from Southwest Philly reacted positively to Williams’s vow to declare a state of emergency over gun violence: “There’s a shooting every day. We’re long overdue for a state of emergency.” When Kenney seemed to shift some blame for the crisis elsewhere with his remark that “this state is a crazy gun state,” another woman retorted, “These homicides are out of control, and the mayor needs to stop blaming Harrisburg.”

But nothing got the women more heated than when the mayor said that the poverty in Philadelphia is “generational.” “Of course it’s generational — tell us what you’re actually doing to do about it,” said an early 60s committee person from West Philly who’d had to take her “Team Tony” button off before the broadcast. “‘The soda tax, the soda tax,’” another woman heckled back in jest.

None of the women I chatted with at the debate were in favor of safe injection sites, for logistical and personal reasons. “I’ve seen too many people die out here due to crack in my lifetime to let the city let someone shoot poison in them. There’s got to be another way,” a North Philly resident in her early 50s told me at the end of the debate. “How are we funding crack houses, but not our schools? I want to see them fix these potholes and shootings in my neighborhood before the mayor puts something like this on my block.”

“I agree with Butkovitz on these injection sites making matters worse,” another lifelong North Philly resident said. “Until they have the nerve to put one in Rittenhouse, they should keep them out of my North Philly.”

For these super voters, the race is really down to two candidates: Kenney and Williams. “This is Kenney’s race to lose, and I hope he does,” a former West Philly committee person in her early 50s said. “He hasn’t done enough to fix these poor neighborhoods that helped him become the mayor in the first place. I’m not voting for him.”

“I like how Butkovitz tells it like it is, but he doesn’t say anything else,” said another woman, 61, adding that she’d helped with get-out-the-vote efforts in the Northeast for his failed controller reelection bid. “He’s very smart, I voted for him over Rhynhart. I don’t think he would be the best mayor — he should have probably run for district attorney.”

“I’m voting for Williams, because personally, seeing those two white men argue like that on TV is exactly what Philly doesn’t need,” one woman said about the heated spat between Kenney and Butkovitz over the mayor’s ties to Local 98. “The truth is, both of those men have played a part of the system that keep Black folks down. I’m with Tony.”

“I’m still conflicted,” said a previous Kenney supporter in her mid-50s from Northwest Philly. “I think Kenney means well, but I’m not sure if that is enough. I’m going to go to bed and pray on it long and hard.”