He wound up between a Slippery Rock and a hard place … 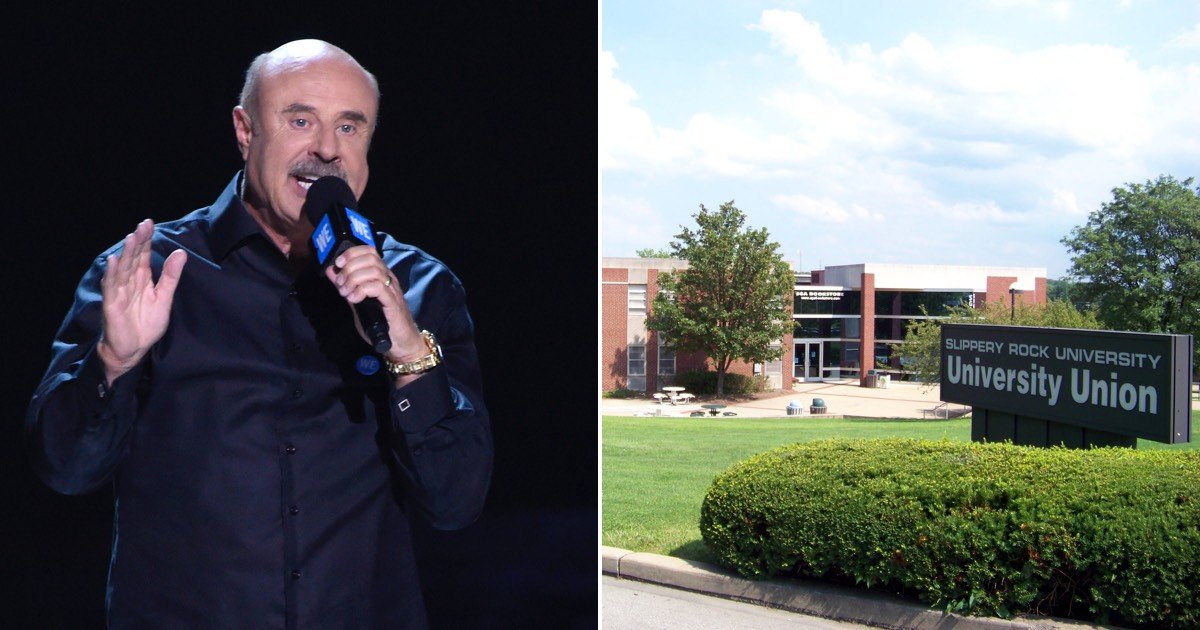 Friend-of-Oprah Dr. Phil (real name: Phillip Calvin McGraw) is a phony TV life coach who has proved himself to be anti-gay; a hypocrite (he was best man at his son’s wedding to a former Playboy biscuit despite being an anti-porn crusader); a swindler (he had to pay out $10.5 mil over a discredited diet plan he endorsed); and a shitty driver, as well as an opportunist ghoul eager to poke his nose into everything from Natalee Holloway’s disappearance to Britney Spears’s breakdown to the O.J. Simpson case.

It is, therefore, a great pleasure to see him eat crow. In an interview last week with People Now, the bad doctor gave his take on the motives of the parents in the college admissions scandal; they “want to say, ‘My kid’s going to Harvard; my kid’s going to USC or Yale.’ I think it’s bragging rights for them and they don’t want to be the one parent that says, ‘Well, yeah, my kid’s going to, like, Slippery Rock.’”

Slippery Rock is a real school, part of Pennsylvania’s state college system. And it doesn’t take kindly to snubbery like that. As the school’s president, Bill Behre, pointed out in a Facebook post:

[Y]ou mentioned Slippery Rock University by name as the antithesis of a trophy school. We suspect that you didn’t mean that as a compliment, but we take it as one anyway.

Now Dr. Phil has apologized, and the school posted that on its Facebook page, too. Phil insists he had NO IDEA there was a real Slippery Rock and he just made the name up out of thin air, which, uh, yeah, because “slippery” and “rock” are two words that just instantly spring to mind when you think “higher ed.” Well, the folks dumb enough to take life advice from this shyster are likely dumb enough to believe that excuse.