Fishtown community members voted against the store this month — and now the company says it wants to continue meeting with them before moving forward. 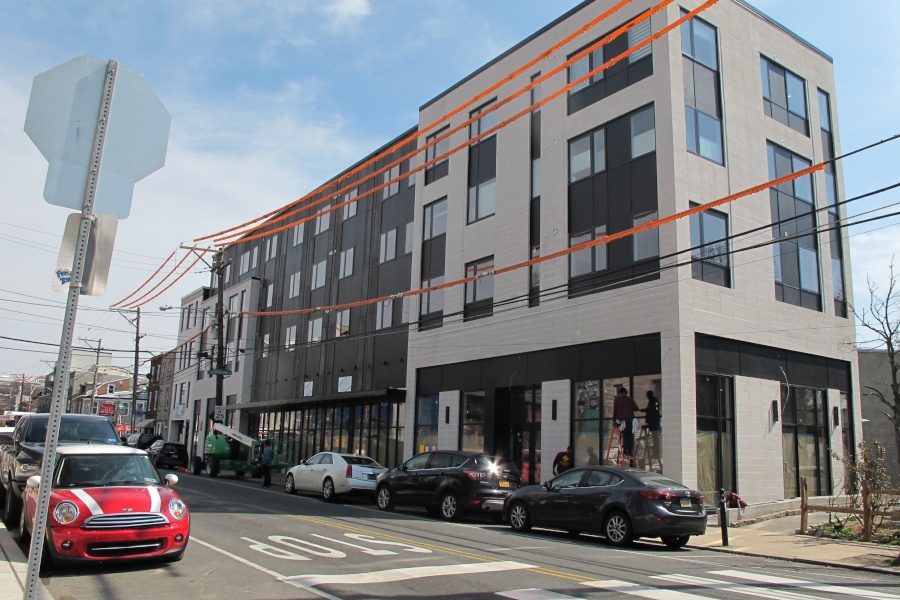 Starbucks wants to open a location on the ground floor of a building located at 1405-21 Frankford Avenue. | Photo by Michaela Althouse

Nearly two weeks ago, we told you Starbucks wanted to open a “unique” location on Frankford Avenue in Fishtown, complete with yarn-bombing, a fish mural, and “raw” industrial materials — despite the fact that some neighbors are opposed to it.

After community members expressed concerns over adding another coffee shop to the area, Starbucks appears to be taking a breather before moving forward with its plans. The company postponed its scheduled presentation before the city’s Zoning Board of Appeals on Wednesday. An attorney representing Starbucks told Zoning Board members that the company will continue to meet with community and government players before revisiting the board.

Why the pause? It’s possibly because of pushback against the new location (at 1405-21 Frankford Avenue) — though Katie Rodihan, a spokesperson for Edelman (a public relations firm that works with Starbucks), said that when Starbucks is “working with local governments and local communities for any potential store opening, these timelines are always in flux.”

“We really want to make sure we are a good neighbor, listening to the city,” Rodihan added, stressing that the company isn’t necessarily delaying its larger plans for the location. “We’ll have more information to communicate soon.”

At a community meeting on April 2nd, residents voted 50-12 against the Starbucks. The neighborhood vote was required because of a 10-year-old zoning restriction ordinance implemented to “support a mix of housing, retail, commercial activity, industry, port-related uses, parks and recreational activities” in the area. Neighbors were weighing in on whether the usage of the space would benefit the corridor.

Joe Kain, president of the Fishtown Neighbors Association, said earlier this month that community members opposed the opening of another coffee shop on Frankford Avenue (there are already roughly a dozen nearby, including La Colombe’s flagship store). Plus, he said, many neighbors felt that the national chain didn’t fit with the corridor’s mom-and-pop flavor.

Rodihan said Starbucks will continue pursuing plans for the location. Eventually, the company would need approval from the Zoning Board. The community’s vote would only inform the board, which would make the final decision. Rodihan also said Starbucks is “excited to continue building [community] relationships and serving as a trusted gathering place.” Rodihan did not elaborate on which community members or groups Starbucks plans to meet with moving forward.

Rodihan said the decision to push the Zoning Board presentation to a later date is unrelated to the community vote earlier this month. (One might wonder how though, seeing as community approval seems to be integral to Starbucks’ plans for the location.) It’s not clear when Starbucks wants to open the location.

Kain said the Fishtown Neighbors Association was “surprised by [Starbucks’] continuance” on Wednesday. The organization has not yet heard from the company, Kain said.