Quirk Books’ William Shakespeare’s Much Ado About Mean Girls is out on April 23rd. 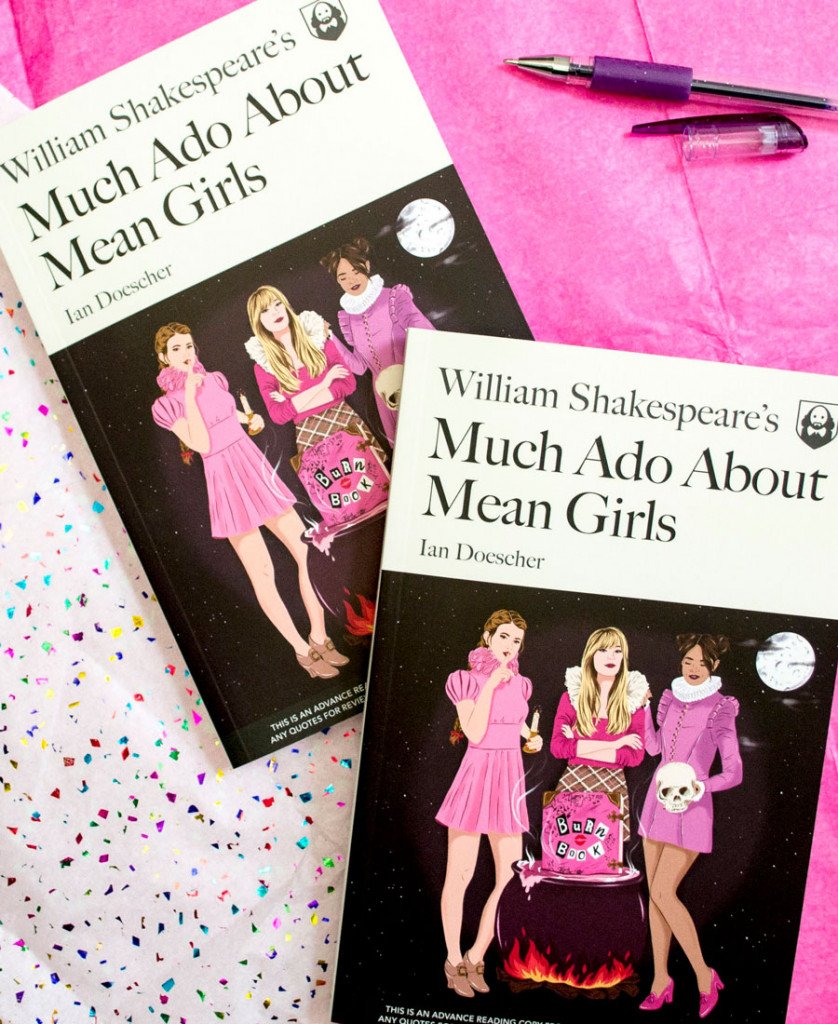 Much Ado About Mean Girls is slated to be released on April 23rd. Photograph courtesy Quirk Books.

I’ll tell you one thing, people: It is a good time to be a Mean Girls fan in Philly.

For one thing, Mean Girls the musical is finally, in the year of our Lord 2019, coming to Philadelphia. It premiered in Washington, DC in 2017, and now it’s set to open at the Kimmel Center in November. And if you call yourself a Mean Girls fan and you haven’t listened to the Broadway soundtrack then you’re either 1) a liar or 2) unaware it exists? (But if so, what kind of Martian are you?)

For another thing, Quirk Books — the Philly publishing house that’s brought us timeless classics like Pride and Prejudice and Zombies and these Gritty book covers — is about to release another pop culture mash-up on April 23rd. Titled William Shakespeare’s Much Ado About Mean Girls, the book is the tale of Cady Heron and The Plastics, rewritten in the style of William Shakespeare — iambic pentameter and all.

The play’s author, Ian Doescher, has some experience with spinning modern tales into Shakespearean formats; he’s written eight adaptations of Star Wars plots in the Elizabethan style, and his work William Shakespeare’s Get Thee … Back to the Future! is also due out on April 23rd.

“The iambic pentameter has gotten much easier as time goes on,” says Doescher. “These days, iambic pentameter comes fairly easily, to the point where last night my family and I were sitting around watching This Is Us together, and as dialogue is happening, I’m sitting there like — it’s annoying, and I don’t want to be doing this — but I’m rewriting characters’ lines in iambic pentameter as they’re saying them. It’s hard to turn off these days.”

Doescher says that while he was a fan of the film, the decision to make Mean Girls his next project was at Quirk Books’ recommendation — a suggestion we can all be thankful for. After all, with the disguised identity (Cady pretending to be one of The Plastics); lovers quarrel (the battle for Aaron Samuels); and abrupt, almost-too-convenient ending (Regina George getting hit by a bus), Mean Girls was pretty much begging for a Shakespearean rewrite.

Because Doescher says this was his first time adapting a story that centered on women, he “wanted to be really sensitive about being a guy doing that.” For that reason, he decided to be more intentional with his Shakespeare references this time around, basing each Mean Girls character on a leading lady from the Shakespearean canon.

“Cady Heron is Miranda in the Tempest where she’s talking this brave new world and she’s an innocent in the ways of the world. Janis Ian is Beatrice from Much Ado About Nothing — she’s sharp tongued and fiercely loyal,” says Doescher.

Based on the sneak peak on Quirk Books’ website, we can see that other major Mean Girls figures get their own characterizations: Regina George is labeled “a shrewish young woman,” Karen Smith a “doltish young woman,” and Cady’s parents go by Lady and Sir Heron. As for the plot, Doescher tells us it’ll stick pretty closely to the movie, though with some adjusting for the play’s staging. That said, who’s down for a table read?

Much Ado About Nothing is slated for release on April 23rd, and you can find it at Barnes & Noble, Amazon, and other major book retailers.