A spokesperson for the Water Department said the cobblestone street had been in danger of collapsing. 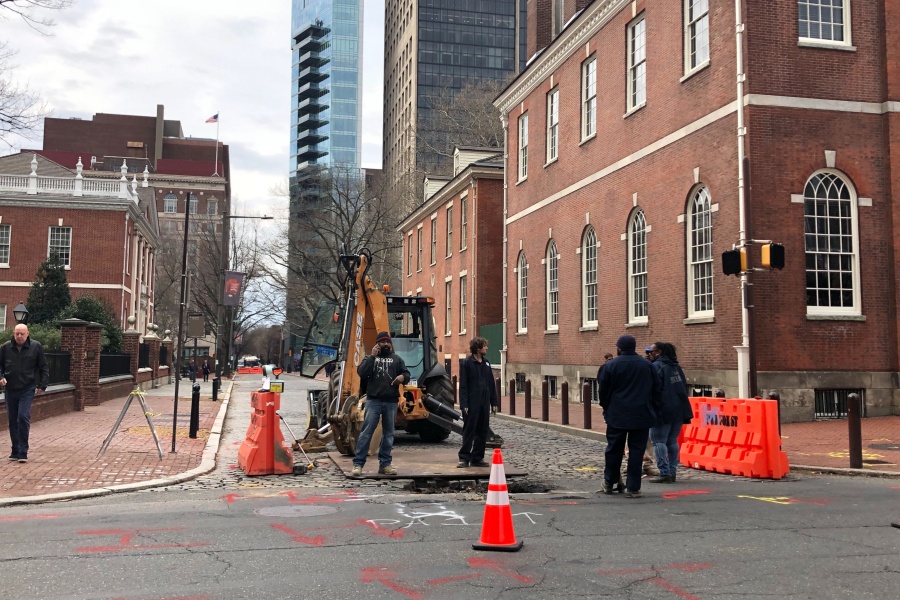 The Water Department closed 5th Street between Chestnut and Walnut streets in Old City on Thursday after Verizon workers discovered a “large void” under the road. Department spokesperson John Digiulio said the cobblestone street, which runs adjacent to Independence Hall, had been in danger of collapsing.

The workers were digging in the area on Thursday when they found a 40-feet-long void under the concrete, Digiulio said. After it was notified, the Water Department conducted a preliminary inspection and determined that shutting down the street to traffic “was in the best interest of safety.” The surrounding buildings, which include Old City Hall (which sits next to Independence Hall) and the American Philosophical Society’s Philosophical Hall and Library Hall, are not in danger, Digliulio said.

Voids under streets, like the one that swallowed a car in Fishtown in 2017, are typically caused by either a defective lateral line (which transfers waste from a building to a sewer) or a defective sewer. Digiulio said the Water Department won’t know what caused this one “until we do a full inspection.”

Workers were on site Friday morning, but it’s not clear how long the road will be closed — it could take a significant amount of time for the city to excavate and fix the street after officials determine the cause of the void.

“We’re on it,” Digiulio said. “We’re trying to get things fixed as soon as we can get and get the road open. We’re lucky the street held up and no cars collapsed.”