Philly Is Getting 5 New Historical Markers

Philadelphia already has 313 historical plaques as designated by the Pennsylvania Historical & Museum Commission. 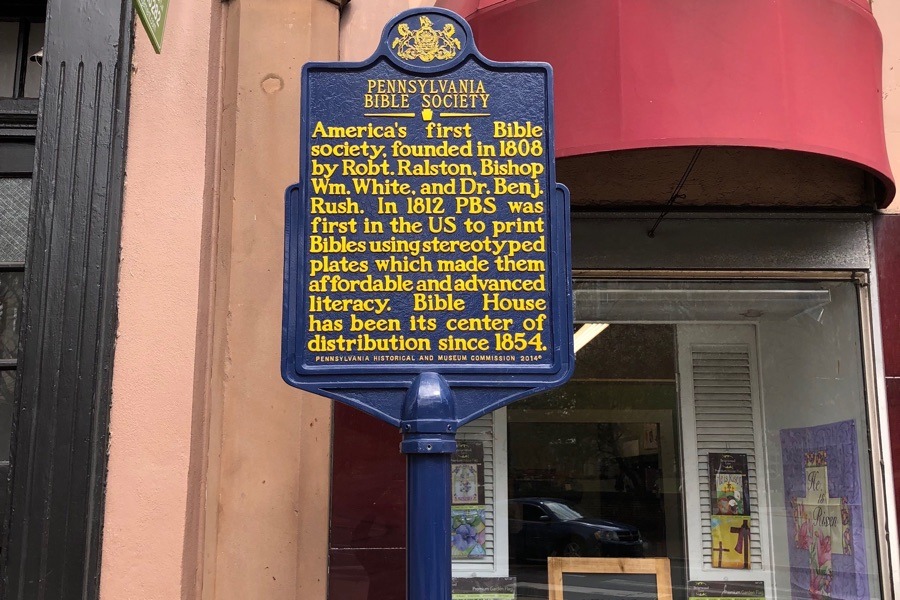 Philadelphia — founded in 1682 by William Penn — is the oldest city in Pennsylvania. So when it comes to documenting the state’s history, in the form of the famous blue and yellow plaques erected by the Pennsylvania Historical & Museum Commission that you see everywhere, it’s fair to say we have something of a built-in advantage over our peer cities — more time existing equals more eligible history!

That’s of course not the only reason that explains why Philadelphia County has more than two times as many PHMC markers — 318 in total — as any other county in the state. The other part is that, you know, a lot of stuff happened here, what with the whole founding of the United States thing, the signing of the Constitution, etc.

But basically all of the famous 18th century landmarks have plaques already, and yet we still keep racking up more and more designations. On Thursday, the PHMC announced 18 new plaques to be built. Philly will be home to five of them, honoring Quaker abolitionist Anna Jeanes (namesake of Jeanes Hospital), the burial ground at Mother Bethel A.M.E., basketball Hall of Famer Thomas Gola, historic preservationist William Murtagh, and the Women’s Pa. Society for the Prevention of Cruelty to Animals.

To get a plaque built, a petitioner has to make the case to the historical commission that a particular person (anyone still alive is excluded) or place has statewide significance. Most years, the PHMC accepts only 15 to 20 percent of applications. The Mother Bethel burial ground, for instance, was denied in its first cycle last year — but the city of Philadelphia, which submitted the application, tweaked its materials this year and got the site approved. Whoever sponsors the nomination then has to pay $2,060 to cover the fee for installing the plaque, with the commission promising to fund all subsequent upkeep.

The historical commission wouldn’t mind having a more representative sampling of PA counties, but it can be tough to compete with Philly. “There’s an awful lot of history in Philadelphia just given the nature of Philadelphia,” says commission spokesperson Howard Pollman.

PHMC tries to avoid having multiple plaques near one another, but at the rate Philly’s going, we might be soon be running out of room entirely. The petitioner for the animal cruelty prevention center, for example, suggested two prospective locations for its plaque: on the 1300 block of Chestnut and the 900 block of Walnut. But there’s already a PHMC plaque at 1420 Chestnut to commemorate the Medical Library Association, and another one still on the Southwest corner of Broad and Chestnut for former state legislator Anne Brancato Wood. As for 900 Walnut? The McLellan House already occupies that real estate.

Still, Howard Pollman from the PHMC says that as long as Philly continues to churn out good nominations, the agency will continue to grant more plaques. “There’s no consideration of paring anything back,” Pollman says. “History is history.”