With This 3-Foot, $800 Bobblehead, We Have Officially Reached Peak Gritty 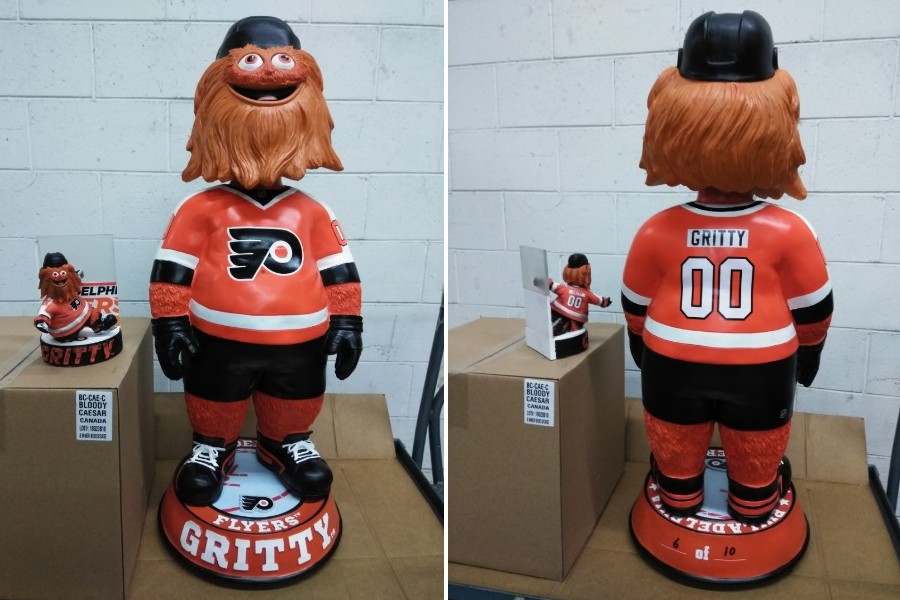 With that, my friends, we have officially reached Peak Gritty.

I mean, think of all the things a person could buy with $800. A soft pretzel every day for more than two years, for example. Several flights to Florida to get out of this hellish March weather. Or a few pairs of nice shoes. Or six of those really fancy $120 cheesesteaks and a nice bottle of wine at Barclay Prime. (Or for us millennials, a tiny dent in our student loans.) So many things!

But I have no doubt in my soul that some person — multiple people, even — will buy this $800 Gritty bobblehead. Why? Because this is the Age of Gritty, when not a single day goes by when we aren’t blessed with some sort of pressing news story about our beautiful orange monster. Whether that story revolves around the Jonas Brothers singing about Gritty terrifying them on The Late Late Show with James Corden, or Gritty parodying The Bachelor and declaring his love for Kim Kardashian (we’re really trying not to judge), or Gritty attempting to fornicate with the Liberty Bell on John Oliver’s Last Week Tonight (which was, believe it or not, tied to our city’s destruction of hitchBOT), it appears as though the masses truly cannot get enough of the beast.

Never has our mascot been more loved than he is in the very moment when a business must be sure it can make a profit on enough people’s willingness to pay $800 for a three-foot replica that, yes, shakes its head. (Or $1,000 for this one currently listed on eBay.) Can our adoration for the googly-eyed beast actually go anywhere but down from here?

If you’re thinking “Hell no — the sky’s the limit” but you don’t necessarily have the money for the limited edition three-foot bobblehead, rest assured that you can purchase a much smaller, more affordable version. In fact, you can get your hands on the $30 leprechaun-themed Gritty bobblehead that’s sitting on my desk right now. (Sorry, don’t mean to brag.) 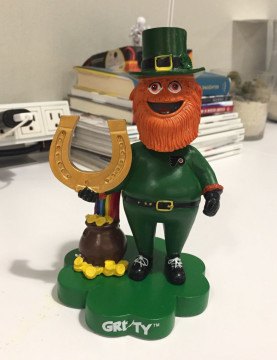 Because along with its three-foot-tall Gritty bobbleheads (which are produced by FOCO and Kollectico, by the way), the National Bobblehead Hall of Fame and Museum unveiled this week two new regular-sized Gritty bobbleheads. The smaller versions are St. Patrick’s Day–themed (as you can see ) and boxing ring-themed. (The second is currently available for presale and expected to ship in July). They’ll both cost you $30, plus shipping.

As a colleague pointed out, if you want to talk about bang for your buck, the smaller Gritty technically costs about $4.2 per inch (in height), while the larger, $800 one will cost you $22 per inch. It’s 100 percent hand-sculpted and hand-poured, though! Plus, they’re extremely limited edition.