City Commissioner Candidate Picks Up National “Run for Something” Endorsement

The most common question that South Philly resident Jen Devor gets: What the heck does a city commissioner do? 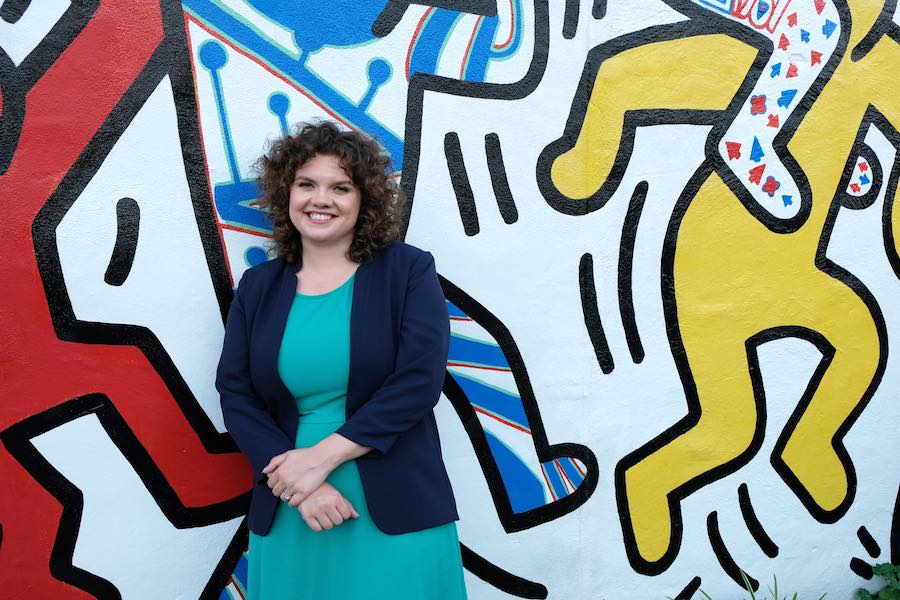 On Wednesday, City Commissioner candidate Jen Devor picked up the national endorsement of Run for Something, the progressive political organization that was founded the same day that Donald Trump was inaugurated. We caught up with the 34-year-old South Philly mom, who recently quit her job to campaign full-time.

You’ll have to excuse me, but today was the first time I had ever heard your name, which I guess is sort of the point of Run for Something. They want new blood. But tell me a little about how you got to where you are now.
Well, I was raised in North Jersey, and I’ve been living in South Philly. I’ve been here for 17 years. I’m a block captain. I’m a committee person. I work the polls on Election Day. I’m a UArts grad, I’ve worked in both the for- and nonprofit sectors in marketing. And I am absolutely passionate about voting.

So I know there will be more than a few people reading this wondering, “What the heck does a city commissioner actually do?”
[Laughs] It’s the most common question. I usually respond, “If you don’t know what this office is, you’re in good company.” But it’s an office that oversees all elections, makes sure that everything is up and running on Election Day, and increases voter turnout.

So the office oversees Primary Day in May and Election Day in November. That leaves an awful lot of days. What would you be doing the rest of the year?
I believe this office should function as a public information agency making sure that every eligible voter knows that they are eligible to vote and that they have the right tools and resources. We should be working with high school and college students, and this office has a lot of opportunity to advocate for state election code reform. We can’t legislate, but we can advocate.

What are things in the election code that you believe deserve examination and, possibly, change?
We should definitely explore open primaries. Right now, you have to be registered as a Republican or a Democrat to vote for a candidate in the primary — note that you can vote on ballot questions, even if you are not a member of one of those parties — and you can only vote for a candidate of your party. With open primaries, any registered voter would be allowed to vote in the primary no matter their party affiliation.

So open primaries. And what else?
Voting over a series of days. Some states are doing that. Not just on one day. Over the weekend. It just makes it more convenient, which is what we want.

I’ve been following the debate over the new voting machines in Philadelphia. Where do you stand on the current commissioners’ recent decision?
I was just at a hearing today where several groups were demanding the repeal of that decision. I think we should be following the advice of the security experts across the globe who say that hand-marked paper ballots are the way to go. They are less expensive, and it is easier to have translated materials through on-demand ballot printing. There are lots of reasons that hand-marked paper ballots are the best and most secure system. I hope they repeal the decision.

How did you get on the radar of Run for Something?
They’re an organization founded by ex-Clinton and Obama staffers to support young progressives. They recognize that local government is the foundation of our country. Their founder wrote a book called Run for Something following the 2016 presidential election. It basically says don’t just complain. Don’t just march. Run for the change that you see.

I read the book and by the time I decided I was going to run — this was September 2017 — I had started to follow the organization more closely. I submitted my endorsement application in September 2018, which was super-early, but I already had a strong plan and a developed platform. I found out in early February that I would receive the endorsement.

Does this endorsement come with financial support from Run for Something?
No. But it gives me a national platform to tell my story, and it’s a great tool to validate my platform, and I can use it for my own fundraising efforts. We are already seeing the positive effects.

I heard that you quit your full-time job to make this happen. How does that work?
Savings. I’ve known for a long time that this was something that I wanted to do. I first thought of running in 2012. So I’ve been saving money for a long time. Plus, my husband works, but I’m really living off of the savings from my career. It’s important for me to be able to put my life on hold to change the way that we vote in Philadelphia. Here in Philadelphia, we can win state and national elections for Pennsylvania. We can do it. We just need to get activated.