The Center City District Foundation is currently sponsoring a fundraiser to plant 200 new trees on our downtown streets. The first 100 trees adopted will earn a matching donation from local VC Richard Vague. 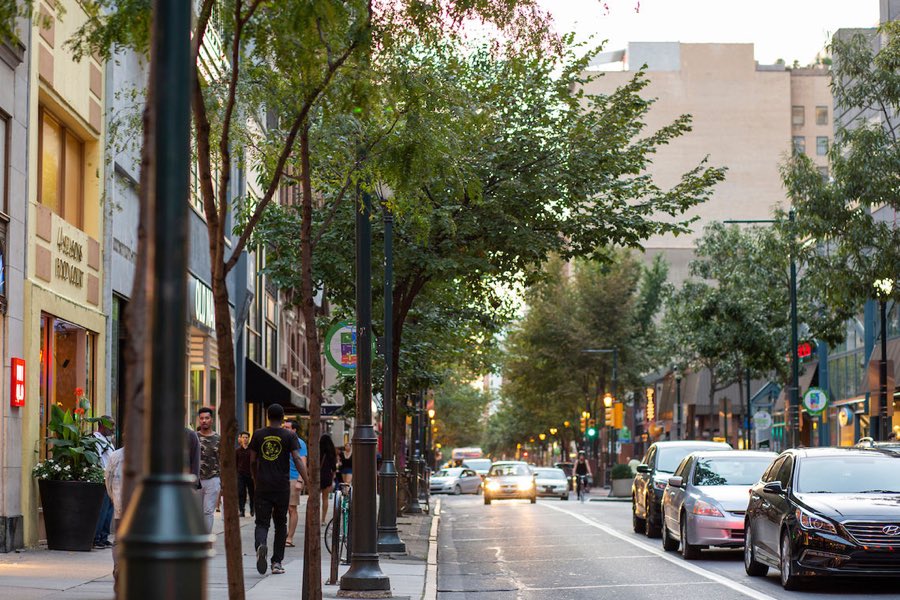 Philadelphia is home to some 2.9 million trees. That sounds like a lot, but it translates to overall tree coverage of just 20 percent. It’s by no means a bad number: Cambridge, Massachusetts, by comparison, is among the world leaders with some 25 percent of the city covered by tree canopy.

But we can always do better! Of those nearly 3 million trees in Philly, about 2,300 live within the boundaries of the Center City District. The CCD’s foundation arm recently announced a new program to plant some 200 new saplings, which will both replace aging specimens and bring the total tree figure downtown to a nice, round 2,500.

Local venture capitalist Richard Vague — who’s purportedly looking into a presidential bid — hosted a fundraiser in late January to get the planting going, raising $55,000. Turns out planting trees is kind of expensive, what with the whole uprooting dead trees and digging holes for new ones — not to mention maintenance like pruning and consistent watering.

If you want to get involved, you can adopt a tree, much like you can with a stretch of highway. (Personally, I would rather make a nice, green, woody tree a member of my family than a long slab of asphalt.) It costs $1,250 per tree to adopt — and for the first 100 trees, Vague will match the fee, dollar-for-dollar. For more information about the program, check out the Center City District Foundation’s site.