Richard Vague Says He Might Run for President in 2020

The Philadelphia venture capitalist has been quietly — and we do mean quietly — exploring the possibility. Here, he tells us all about it. 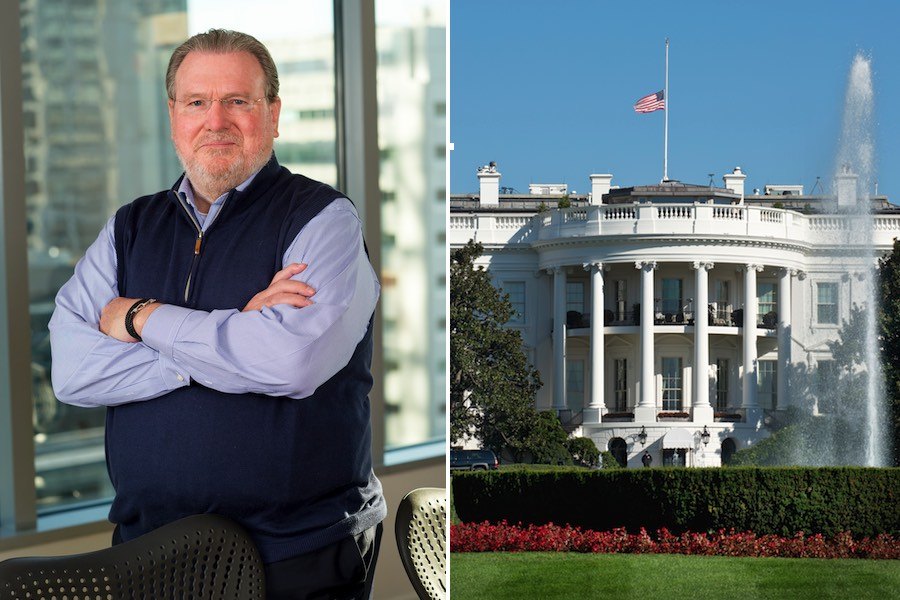 Earlier this week, we heard chatter that Philadelphia venture capitalist Richard Vague has spent the last year conducting focus groups across the United States and otherwise preparing for a potential 2020 presidential run. We reached out to the 62-year-old businessman — whom we deemed one of Philadelphia’s Most Influential in 2017 — on Thursday morning to learn more about this surprise news.

So, wait, you’re running for president?!
[Laughs] I’m doing a lot of work on Democratic policy. I got very despondent and concerned in November of ’16, and as much as I wanted Hillary [Clinton] to win, I wondered whether we really knew what voters wanted and were conveying that in a concise way. I’ve done well over 20 focus groups across the country, not asking about candidates or specific policies, but asking about their lives and trying to find out what their biggest concerns were, and I found out a few things that can really matter in a national election.

Did any of their concerns surprise you?
A lot of things surprised me, but they shouldn’t have. I was talking to both Republicans and Democrats in the $48,000 income range who had voted in the last couple of presidential elections. The thing that actually mattered most to them were kitchen-table issues, and the one most of all by far was their existing health care insurance plan. ACA was not nearly as big of an issue for them — most of them had jobs. It was the rising premiums and deductibles on their existing health care plan that was, by far, the biggest issue.

What I’ve heard is that you are not ready to say that you are running for president in 2020 but that you will if nobody steps up to the plate who you think is capable of doing what needs to be done. Is that a fair assessment of where you’re at?
That’s absolutely fair.

And of the people who have said they’ll run and those who are expected to say so soon, do you see any candidates who would keep you out of the 2020 race?
I don’t want to comment on who might run, but in terms of the folks who have expressed that they will, no, no I don’t.

Obviously part of this is learning from mistakes of the past, and there are lots of theories about why Hillary didn’t win. So, why didn’t she win?
I felt at the time that Bernie [Sanders] had a very tightly articulated message that folks knew and understood. And, well, Trump had a very tightly articulated message that folks knew or understood. Whether you agreed or disagreed with those, you knew where they stood. Hillary was more about “Trump is bad and I’m gonna take care of everybody” without being as specific as she needed to be. What I’ve been trying to do is develop a concise and powerful package that matters to the middle class. The middle class has a legitimate concern that neither party has really made them the heart and soul of their political movements.

You mentioned their existing health insurance. What else is the middle class worried about?
Folks have jobs, but two-thirds easily in the groups that I was involved with can’t miss a single paycheck, and the jobs they have aren’t really jobs where they see themselves getting ahead over time.

We know that there are a lot of jobs that do pay well that employers are having a hard time filling: entry coding, computer repair, certain areas of med tech, construction tech, and high-tech assembly. I would ask folks why they didn’t go for one of these jobs, and the answer would be that they can’t afford the training or they can’t afford the time off from the job to get the training, or even if they could do it on nights and weekends, they couldn’t afford the child care that they’d need.

The crying need is job training, for folks in the 30 to 50 age bracket as much as anyone else. This is a dramatic opportunity for government to come in with a bold plan. I don’t think we need to train 10,000 people. We need to train 10 million.

For those readers who don’t know much about you, how would you describe your politics — where you came from and where you are now. I’m assuming here that you’ll be running as a Democrat, if you run.
Absolutely as a Democrat.

My parents were Goldwater Republicans, and so I came up out of a Republican heritage, and I was a businessman, and that was certainly my roots. As I got further into my career, my outlook became a little broader. First, I became an independent, and then I became a Democrat.

I’m absolutely a Democrat, but I don’t feel like I’m tied to the conventional policies of Democrats. I’m more interested in figuring out what problems are and what the solutions would be. And another problem we have — this really jumped off the page in my focus groups — is the opioid crisis, which has become the opioid-plus-meth crisis. This is the biggest drug crisis in the history of the country.

OK, so you’ve spent a lot of time and money identifying these problems. And you’ve had a very successful career in business. But what makes you qualified to be president of the United States?
I may or may not be qualified, but I’ve spent an enormous amount of time on these things. I’ve done an enormous amount of homework. I have a deep financial background. I’ve built my own financial model for the health system and have done my own financial analysis, and I’d be willing to put up my knowledge and ability in these areas next to anyone. I’ve had a long career in business, and I am used to identifying problems and coming up with solutions.

Changing gears a bit: You’ve donated money to people like Pat Toomey — and his PAC — and Bob Menendez and Jeb Bush in the past, and I know that you’ve also donated quite a bit of money to Democrats.

Do you have any concerns as to how your Republican donations might reflect on you as a potential candidate to voters? I’m thinking about the left-leaners who boycotted Wawa over their PAC donations to Scott Wagner, even though they also gave money to Tom Wolf.
You know … What I’ve done is what I’ve done. I came out of a conservative heritage. But I gotta tell you, if I were in politics, I would be able to reach across the aisle and, to use the well-worn phrase, to get things done. The middle class needs health care solved. They don’t care whether that comes from a Democrat or a Republican. They just need help, and it will take a broad effort.

Speaking of effort, it seems like the biggest job the next president has will be to unite the country. Is that even possible, or are we past the point of no return?
I’m glad you brought that up. The other thing I found in all of these groups is that people are uneasy with the way that both parties are treating each other. They need their problems solved. I don’t think they believe that one party’s job is to denigrate the other. I think folks fundamentally believe we are on the Earth to help each other and, by the way, folks don’t really care whether Melania [Trump] wears the right outfit. They care about whether they can pay their bills and take care of their families. We should be treating each other with grace, irrespective of whether we have different policy views. With malice towards none. Abraham Lincoln said that — in the middle of a war!

Is Lincoln your favorite?
It’s really hard to top George Washington and Abraham Lincoln. By the way, I’ve read at least one and in most cases several biographies on past presidents. But you’d be hard pressed to top Washington and Lincoln.

What about in the 20th and 21st centuries?
Certainly there have been good characteristics in a lot of those presidents, but I’m not sure they rise to the level of the guys I’m talking about.

Last question. I know as soon as I put this out there, there will be no small number of people who think or say: Oh, great. Another super wealthy, AARP-eligible white man in power. How do you respond to that line of thinking, which has some intense momentum behind it?
Listen, the middle class has been neglected for quite some time. Middle-class wages have been stagnant since 1980. So, we can talk about the characteristics of a candidate, and I’m sure there’s any number of ways somebody can criticize me, or we can talk about the central issue. I just think I have an obligation to put my shoulder into this and help out.