Raquel Salas Rivera on Identity, Footnotes, and the Difference Between a Philadelphian and an American

Philly's poet laureate has a new collection — and plenty to say about the state of America. 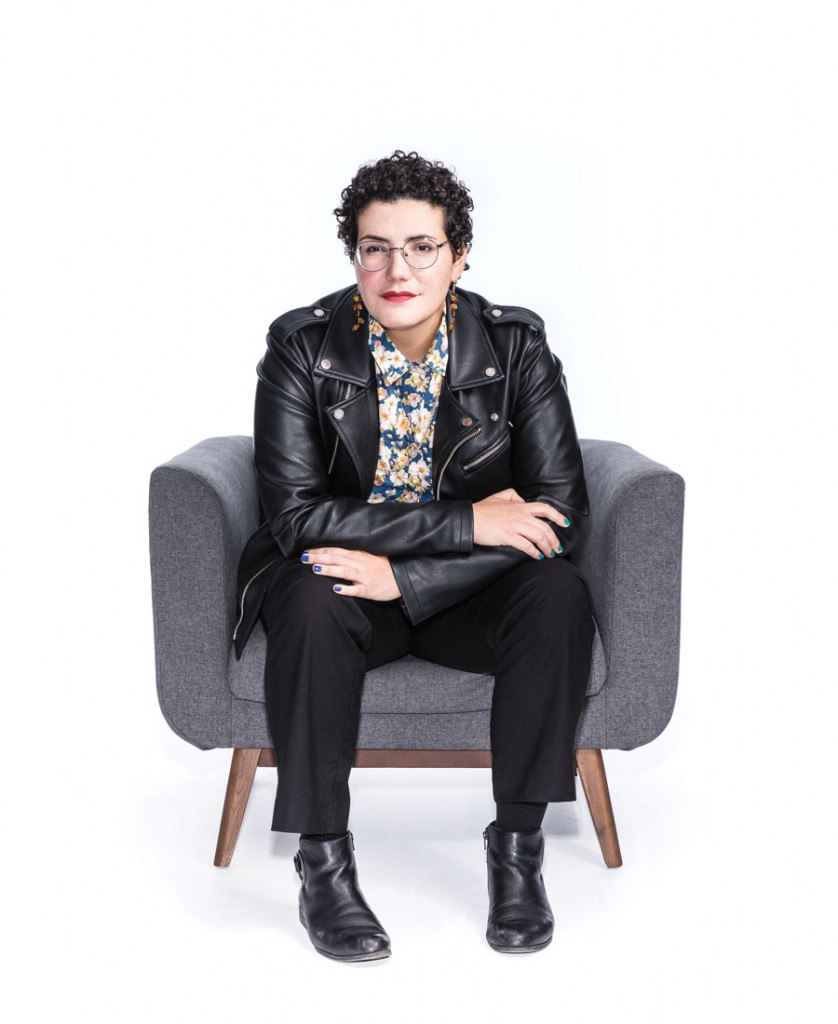 The Rundown
Age: 33
CV, abridged: Current Philadelphia poet laureate; co-organizer of We (Too) Are Philly poetry festival; author of five books of poems; longlisted for 2018 National Book Award in poetry.
New book: while they sleep (under the bed is another country) (Birds, LLC).
Catch them: Hosting a brand-new monthly poetry series, “Lo nuestro,” at Wooden Shoe Books on January 26th.

Many of your poems and books are based on real events. while they sleep examines the aftermath of Hurricane Maria. Do you write poems for yourself or for a broader group of people?
I write for myself in that I am the product of my relations with others. I wouldn’t have survived this world if it weren’t for the people I love. My nuclear family, for example, is in Puerto Rico. The reasons why I write the books are slightly different. Usually, I tend to follow a question or something that’s bothering me.

What was the question animating this book?
This book, more than a question, I was writing because I didn’t have language, ironically. This book is fragmentary in part because Puerto Rico was in fragments. The pieces didn’t quite fit. Communication was fragmentary. It’s also in fragments because what came out of me — my way of coping, which was why I wrote it — was just bursts of anger or confusion.

You ask a lot of the reader. The body of the text is written in English, with Spanish footnotes. I started translating some footnotes but then decided to read them as they were, without understanding them. Is there a way you want this book to be read?
That is, in a way, how I want it to be read. That very question — “What is my relationship to this footnote? What would be the right way of reading this?” — is one I’d like my English-speaking readers to ask.

Both of your parents are from Puerto Rico. Your mother had slavery in her background, but your father was lighter-skinned and came from privilege. Were your father’s ancestors originally colonizers of Puerto Rico?
I would say yes. It’s a little more complicated. My great-grandmother on my father’s side was from a more impoverished background, from Spain. The other side of his family was wealthy. My mother came from slaves. And there was some story of a member of my father’s family having some kind of ownership relationship to an ancestor of my mother’s.

You’ve mentioned before that you don’t identify as an American but you do identify as a Philadelphian.
Oh, a lot of people did not like that.

I understand it’s a political distinction. But is being a Philadelphian apolitical?
I know Philadelphians who would say being Philadelphian is political. For example, Pennsylvania votes red, Philadelphia votes blue. There’s been a very contentious relationship between the state legislature and the city politics. But I think that in particular, the idea of being American is very tied to the United States. And I am from a colony of this nation. So intrinsically, to say I’m an American is already very loaded.

If you’re being intentional about deciding where you feel represented, what about Philadelphia makes you willing to say, “I am a Philadelphian”?
Well, I really love Philly. I don’t feel that way about every place. I hope Philly loves me back.

That can be enough, just loving a place.
At some point in my future, I envision myself in Puerto Rico, because there’s a lot of work to be done. That is also an immigrant problem — the going or not going back home. But I also wanted to complicate the idea of home. If you’re living 23 years away from a place, when do you stop calling it home?

Published as “Poetic Justice” in the January 2019 issue of Philadelphia magazine.