Social media forecasters say that wherever the storm, which is due to pass through both D.C. and Philly, dumps the most precipitation could be where the star Nationals free agent ends up this season. 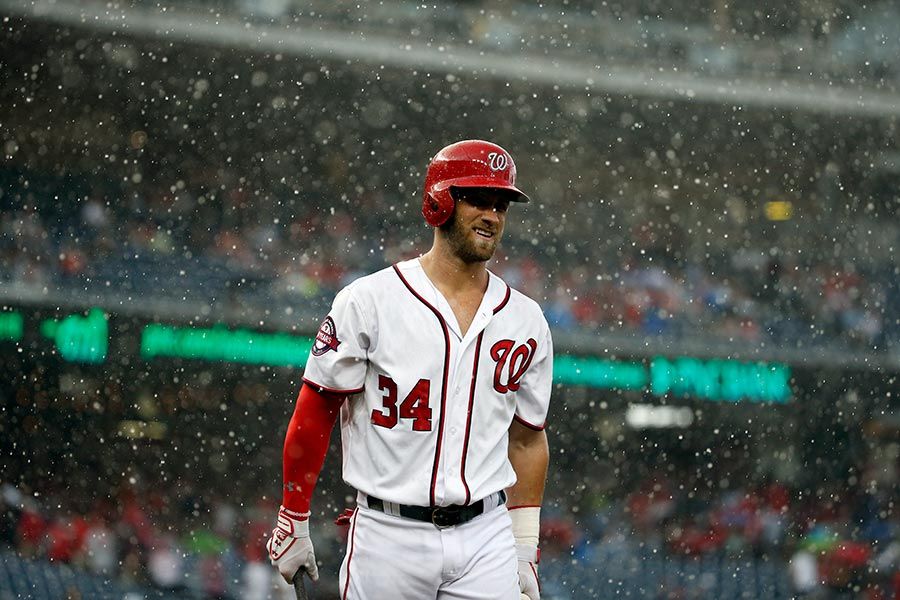 Winter Storm Harper, which shares a name with Bryce Harper, is headed east towards Washington and Philly. Photo by Alex Brandon/AP

A storm is brewing, and it has baseball fans across the country feeling anxious. That’s because Winter Storm Harper, which will hit most of the country this weekend with inclement weather, happens to share a name with one very desirable MLB free agent, who’s not so bad at hitting, either: outfielder Bryce Harper.

Superstitious types will note that Harper (the storm) is expected to traverse east from California, all the way to Chicago, then up through Washington, Philly, New York and onward. Harper (the baseball player) is expected to sign with one of a short list of teams, which includes: the L.A Dodgers; the Chicago White Sox; the Washington Nationals; the Philadelphia Phillies; and the New York Yankees.

Harper appears to be well aware of the synergy going on here, tweeting out the following yesterday:

Sports Illustrated had a nice, albeit geographically challenged (Why is D.C. west of Chicago?) laugh, too.

The Weather Channel reports that the storm will avoid L.A. (sorry Dodgers fans), but will bring snow to the midwest and New York, and rain to the D.C. and Philly areas.

It’s tough to know what to make of this, when it comes to Bryce Harper’s decision. If Harper is swayed by snow, as this one fan suggested on Twitter, it could be a bad sign for the Phillies.

Whichever city gets the most snow during Winter Storm Harper gets Bryce Harper https://t.co/5WToh0Rgh3

But remember, much like the weather, nothing is set in stone when it comes to free agent signings. So let’s just say this: We hope Mother Nature is a Phillies fan. And if a little bad weather means we’ll end up with Bryce Harper this year, then please, by all means, make it rain (and snow).