Police officer Daniel Leone, an Italian American, says that he faced retaliation after he complained to his supervisors. 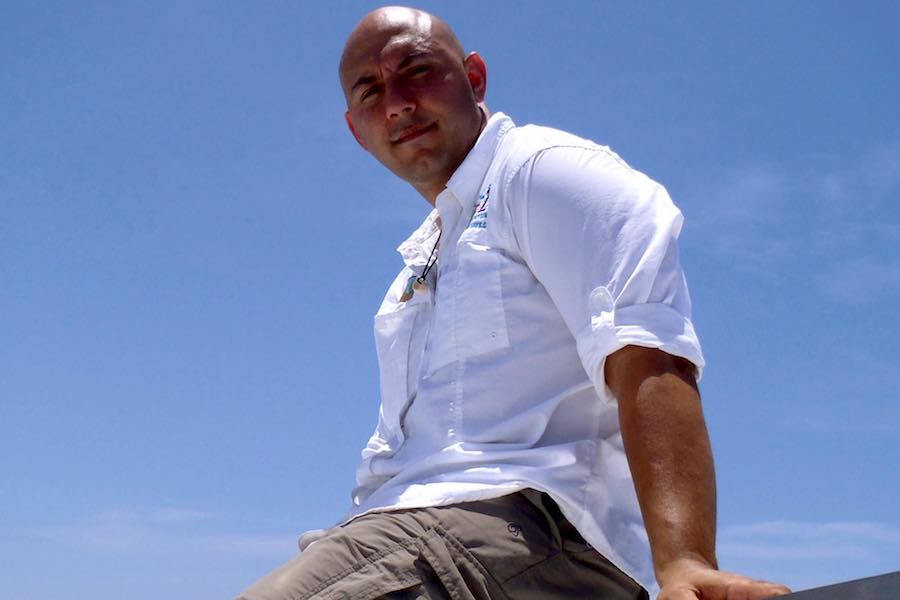 Daniel Leone has been a Philly cop for more than 23 years. But recently, things have gone downhill on the job for the 47-year-old Northern Liberties resident. In a just-filed federal lawsuit, Leone claims that members of the Philadelphia Police Department have discriminated against him because he’s an Italian American.

It all started close to ten years ago when Leone was assigned to work as a bike cop with the Center City District, the development organization set up to make downtown Philadelphia a cleaner, safer, and friendlier place.

In his lawsuit, filed against the city and the police department, Leone claims that his supervising lieutenant made it pretty clear from the get-go that he wasn’t a fan of Leone — or of guys like him in general.

As the suit puts it, the lieutenant “averred that South Philly Italians are nothing but loud mouths and know-it-alls,” and Leone maintains that he soon learned that the entire district he worked in had a pervasive “anti-Italian sentiment.”

Then around Christmas in 2014, Leone decided to bring some of his homemade wine into work as gifts for some of the other cops. In the lawsuit, Leone claims that one of the police officers responded by saying “Man, I love dago wine.”

Offended by the use of the common slur for Italian Americans, Leone says he asked the cop to cut it out, but, claims the suit, the police officer kept using it over and over again. According to the suit, Leone appealed to his sergeant and asked him to tell the other cop to stop using the term “dago,” but the sergeant refused.

Then Leone went to his the sergeant’s superior to explain the situation, but he was told that “white people can’t make complaints about discrimination,” alleges the suit.

The whole thing appears to have become a running joke in the office.

Just before Christmas 2017, one of the police officers in Leone’s district asked him if he had any more of that “dago red wine.” Leone says that the cop did it intentionally in an effort to insult him.

Leone went to his superior officer and asked him to tell the cops in the district to stop using ethnic slurs and to punish cops who refused to listen. That officer asked Leone what the slur in question was. When Leone explained that it was the word “dago,” the officer wouldn’t even acknowledge that it was an offensive term, let alone instruct the cops under his command against using it.

So Leone escalated the matter, taking it to his lieutenant — a different lieutenant than before — and in a subsequent meeting with the lieutenant and the district captain, Leone says he was told to take the matter up with the police department’s Employment Assistance Program. He describes the captain’s position as “indifferent.”

Leone says that he went to the EAP right away, and shortly after filing his complaint with that office, Leone claims that he got a call from his sergeant telling him that a lucrative holiday overtime shift was cancelled. But the suit says that the shift actually went to a different cop, and Leone believes that this was in retaliation for his filing of a formal complaint.

The suit claims that Leone has repeatedly requested schedule changes that would be more accommodating to his life outside of work and that those requests have been denied.

“Instead, the optimal shifts were always given to non-Italians with much less experience and seniority than [Leone],” reads the suit, going on to claim that the cops who did get the better shifts had less important reasons for needing them. One cop who benefited from preferred schedules wanted them so that his schedule could match his girlfriend’s, while another needed certain hours to accommodate his status as a Flyers season ticket holder, alleges the suit.

“This case is a reminder that persons of any race and ethnicity can encounter harassment and discrimination in the workplace,” says Leone’s attorney, Brian Mildenberg of Center City’s Mildenberg Law Firm. “I am honored to represent this police officer of Italian heritage in protecting his rights against a hostile work environment.”

Discrimination cases filed by cops against the Philadelphia Police Department are not that uncommon.

And in 2017, four black cops sued, saying that racism had created a hostile work environment for them. That case has been winding its way through the courts.

Back in 2002, Leone accused a fellow officer of threatening him with his gun. The other cop later explained it was just a joke, and all charges against him were eventually dismissed. Curiously, that incident began with Leone telling the other cop — who was Puerto Rican — “I smell stinking Mexican,” a comment that Leone reportedly admitted to saying on the stand, claiming it was just how the two cops joked around with each other.

More recently, Leone came under scrutiny in 2017 for some questionable social media activity, as reported back then by Brian Hickey at Philly Voice. The Internal Affairs division of the Philadelphia Police Department investigated him, and police won’t say what the outcome of that investigation was.

As for the suit, the city and the Philadelphia Police Department do not comment on open litigation as a matter of policy. Leone is seeking unspecified damages.