Who Stole Jesus, Mary, and Joseph From This South Philly Nativity Scene?

Apparently the “SMILE. GOD IS WATCHING YOU AND SO ARE WE!” sign wasn’t enough to deter the thief. 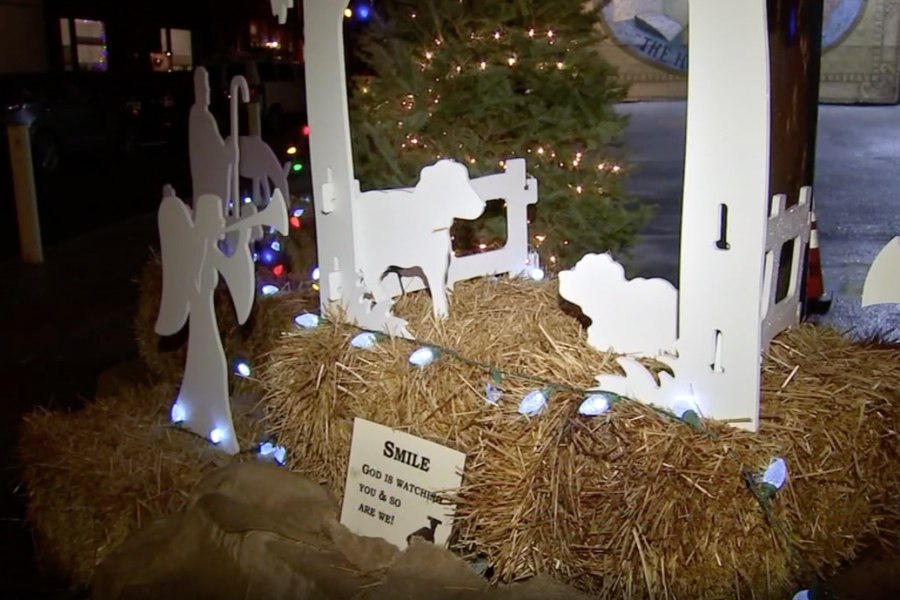 Police say a man was caught on camera on Saturday morning stealing the trio from a display at 9th and Montrose streets in the Italian Market. The video allegedly shows him driving up to the nativity scene and plucking the innocent figures, then carrying them back to his car and driving away — despite the sign below the scene that reads: “SMILE. GOD IS WATCHING YOU & SO ARE WE!”

Luckily for the neighborhood, all three of the missing holiday models were returned on Sunday. According to Philly.com, detectives were led to an address nearby, where they recovered baby Jesus, Mary, and Joseph.

The publication reports police had not made an arrest as of Sunday afternoon. At that time, Philadelphia Police Department spokesperson Sgt. Eric Gripp said the alleged offender was not at the house where the items were recovered, though the person’s family was being “cooperative.” On Monday morning, a PPD spokesperson said there were no updates in the incident.

The figures were returned to the Nativity Scene, where they sit under the face of former Mayor Frank Rizzo.

This isn’t the first a Nativity Scene in Philly has been in the spotlight. Almost exactly one year ago, a cow named Stormy escaped her Old City nativity pen not once, but twice, in excursions that included a brief dash on I-95.