Here’s How Millennials Are Changing the Philly Accent

Say goodbye to the beyoodeeful Philly pronunciations we've come to know and love — some could be gone within 20 years. 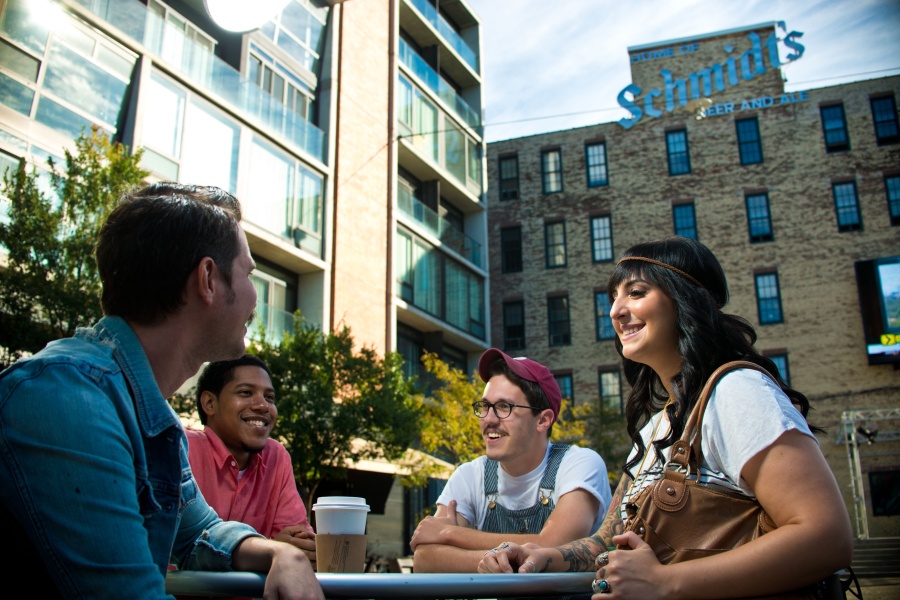 Sorry, wooder ice and Iggles fans: Big changes in the special Philly dialect we know and (mostly) love, noted by researchers at the University of Pennsylvania only five years ago, seem to be happening faster than anyone expected.

This latest report comes from Betsy Sneller, a linguist who’s been studying the Philadelphia accent for six years. Sneller, who earned her PhD this past spring at Penn and is currently a postdoctoral research fellow at Georgetown, recently discussed the accent on a linguistics podcast called “The Vocal Fries,” with hosts Carrie Gillon and Megan Figueroa. The trio addressed how millennials (like Gen Xers before them) are shifting our dialect — and what that change means for the Philly accent as we know it.

As Sneller says, the shift can (pretty much) be summed up like this: The most noticeable markers of the Philadelphia accent (pronunciations like “wooder,” “beyoodeeful,” etc.) are being blended into the more general mid-Atlantic dialect. That change has been underway for a few decades now, but in addition to that shift (and this is what truly fascinates Sneller and other linguists), the latest generation — the mayonnaise– and everything-else-killing millennials — are altering the rules behind the pronunciations. And at a much faster pace than usual.

We caught up with Sneller to learn more. To help demonstrate the changes she has tracked in her studies, Sneller sent along a few sound clips, which we’ve embedded below. 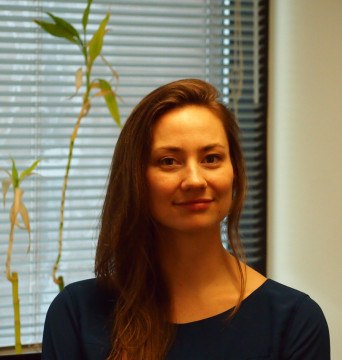 Phew — I really didn’t want to blame another thing on millennials.
Right. People are saying “Oh my god, these accents are changing!” Well, right, that’s how language works. But this particular change is very dramatic, because it’s not just a straight-up change in pronunciation. It’s what we call a phonological change, so it’s changing the rules that govern the pronunciations.

How so?
Philadelphia English, as long as we’ve known about it, has been characterized by one of the most complicated short-a split systems. There are two ways of pronouncing that vowel — the tense short-a and the lax short-a. The tense short-a is “ayeah,” like in the word man [sounds like “mayeahn”]. The lax short-a is “ayh,” in words like cat. The traditional split is super-complicated: The rules are a tense “ayeah” when the vowel follows M, N, S, F, or a voiceless “th” sound — but only when it’s in the same syllable. So a traditional Philadelphia speaker will say man [pronounced “mayeahn”], but also manage [which doesn’t have the “ayeah” vowel sound].

[Here’s mad and angry pronounced with the tense short a, in the traditional Philadelphia English dialect.]

[Here’s mad and angry pronounced with the lax short a.]

And it’s even more complicated. In the traditional Philly system, mad [pronounced “mayeahd”] and bad [pronounced “bayeahd”] are tense, but sad is lax. So it’s weird — this is just a complicated system, and the rules are changing, and the new system that’s coming in is much more simple: It’s just [a tense short-a vowel] when it follows M, N, or NG. Where are you from?

I’m from the suburbs of Philly.
You probably have the millennial version, so it’s not really obvious. When a Philadelphian listens to you, they don’t hear it, but when a linguist listens, you can hear it. That’s the change that’s happening.

When you analyze, you see this new change coming in with elite schools, so [places] like Masterman and Central High School, and basically all of the Quaker and the suburban schools. The very first people to adopt this [vowel change] are young women born after 1983. But it’s happening fast, so at this point, young men in those schools are doing it too. The second point is when it reaches elite Catholic schools, and then what we see as the last holdout of this split is local Catholic schools.

So the shift starts with young women in elite schools. Why are they changing the way they speak?
In my dissertation, I did some work trying to test what speakers’ reactions to accents are. What I found was that basically you get negative social evaluation of the Philadelphia short-a system. The tense forms — so class [pronounced “clayeahss”], laugh [pronounced “layaugh”], mad [pronounced “mayeahd”], bad [pronounced “bayeahd”] — people think that sounds bad. But in the incoming system, the nasal short-a system gets rated positively. The lax forms — so cat, manage and sad — are all positive. That’s one reason people have a social motivation to change. In normal life, no one likes their language pronunciation to be commented on — they want the content of their words to be evaluated, not the pronunciation.

And then like I said, the schools that are changing are the elite non-Catholic schools. When you look at the population changing those schools, you get a high population of students who have one non-Philadelphian parent. And once you have some kids in a social system that introduction this new [way of pronunciation], then it opens the door for other kids to adopt it.

Why do the changes shift from school to school?
With the schools, I’m looking at two dimensions: One is the eliteness — special admissions schools are the ones we’re calling elite, ones where you have to pass tests to get in. The other aspect is Catholic vs. non-Catholic. If you look at these two axes, that gives you four categories: local Catholic, elite Catholic, elite non-Catholic and local non-Catholic. The reason we haven’t talked about local public schools is that there’s also an intersection with race. This traditional accent I’ve been talking about is the white Philadelphia accent. If you look at the traditional Black Philadelphia accent, it’s also undergoing this change to the nasal [lax] system, it’s just that the starting point is a little different. Instead of having this complicated short-a pattern, the difference is that all [ short-a] words are pronounced the same. Mad, man, Masterman — it’s all pronounced kind of like the vowel in the word bed.

Is the traditional white Philly accent, as we know it, going to disappear, then? If so, how soon?
Sadly, yes. The crazy thing about this change is that it’s happening within the span of two generations. The open-admission Catholic schools — which are the last holdout — even within that group, within one more generation I would predict that the traditional system would be gone.

I spent six years studying this one accent, so as a linguist, I’m like, “No!” But language is always changing. It’s not that this is that unusual, except that usually you see the pronunciation changing, and these are the rules changing, and they’re changing much more quickly than usual. It doesn’t mean that the Philadelphia accent is going away completely — it just means that other things are going to differentiate Philly from other places. The noticeable markers, the negatively evaluated tense forms, are starting to fade a bit.

I say that all the time! What’s Philly about it?
People elsewhere typically think it means “I’m [temporarily] done with my homework,” but it’s a completed done — as in, “I have completed my homework.” If you hear someone saying “I’m done my breakfast” or “I’m done …” whatever, that’s a Philadelphia English thing. And when I say “Philadelphia English,” I’m referring to the whole dialect area, which stretches into southern New Jersey.

And even into the Baltimore area, right?
Yes. In terms of pronunciations that are really Philadelphian, a lot of the things that people pick up on get misinterpreted as sounding southern. So, cow or house or home [all pronounced with an “oew” vowel] get read as southern, but they’re Philadelphian.

What about words like “beyoodeeful,” “wooder,” “Mondee,” “Tuesdee” …?
Most of those pronunciations are already basically out. “Mondee,” “Tuesdee” we hear from very traditional speakers. Those are going to be your baby boomers from pockets of Philly where the dialect is most insular, where they don’t have a lot of connection outside of Philly. But you don’t hear them very much anymore, basically from Gen X on.

“Wooder” is probably going to start going away, but for a slightly different reason. It’s the vowel sound in the word thought [sounds like “thawt”],  that “aw” sound. In younger generations, it’s starting to retreat towards the vowel in the word lot. I have sound clips from a father born in Gen X and his son born in 2007, and the son pronounces the vowels in cot and caught the same. He goes to Masterman, so he’s most likely to start to change it. We have our eye on that, because at this point there’s not enough speakers who have merged on that to say it’s going to happen, but if it does, then you’re going to see the change in water, because water has the ‘aw’ vowel.

[The father pronouncing caught and cot, then hawk and hock.]

[The son pronouncing caught and cot, then hawk and hock.]

Any other defining features of the Philly accent?
The positive “anymore.” [In Philadelphia English], this means “didn’t used to do x, now does x.” So, “Jewelry is expensive anymore” means jewelry used to be cheap, and now it’s expensive. That’s fairly defining of Philadelphia English, although you see it in other dialect areas too. But the short-a split has been the most defining feature.