Meek Mill Is the King of All Media This Week

The Philly rapper has an op-ed in the New York Times, tour news, and a new album dropping Friday — plus we’re sharing the video of his powerful appearance at ThinkFest 2018. 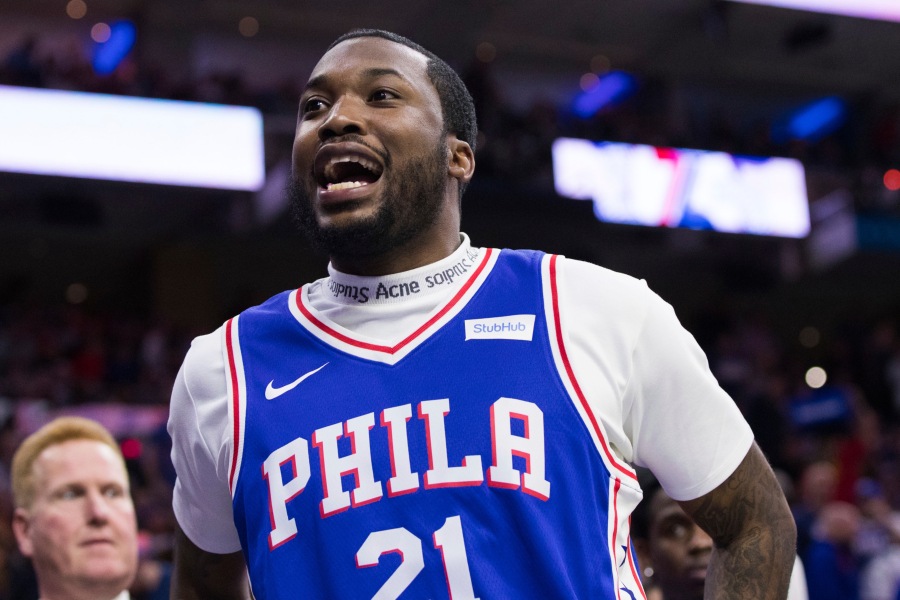 Rapper Meek Mill at an NBA basketball playoff series between the Miami Heat and the Philadelphia 76ers this past April. (AP Photo/Chris Szagola)

Meek Mill is on top of the world — this week, at least.

On Monday, the New York Times ran a commentary piece, titled “Prisoners Need a New Set of Rights,” by the North Philly-born rapper. It’s accompanied by a powerful two-and-a-half minute video in which Mill stresses racial and socioeconomic inequality in the nation’s criminal justice system, stating that “the color of your skin can and will be used against you in the court of law” and that “the plantation and the prison are actually no different.”

“We all need to hold our lawmakers accountable for supporting unfair or inhumane policies and all practices that perpetuate injustice, especially for the blacks and Latinos who fall prey to them most frequently,” Mill writes in his op-ed. “The reality is African-Americans and Latinos who come from poverty-stricken neighborhoods are assigned public defenders too overburdened to do anything in most cases other than negotiate the most favorable plea deal, regardless of guilt or innocence.”

Mill touched on his soon-to-be organization with Sixers co-owner/billionaire businessman Michael Rubin at Philadelphia magazine’s annual ThinkFest event earlier this month. During a panel with editor Tom McGrath, the duo discussed Mill’s own experience with the criminal justice system (including that time that Rubin picked him up from prison in a helicopter) and more. You can watch the full discussion below.

Mill’s highly anticipated fourth album, Championships, will address the same themes. To promote the album, which drops Friday, Mill will go on tour early next year. He’s scheduled to visit at least 15 cities, including Philadelphia on March 15th at The Met. Tickets officially go on sale at noon on Friday — though they’re available for pre-sale through Tidal now.

THE MOTIVATION TOUR – presale live at https://t.co/yMRUAJmgqr on @tidal pic.twitter.com/rhwkvPDG4J