The California Wildfires Are Bringing Haze to Philly

Smoke plumes have traveled all the way across the country. 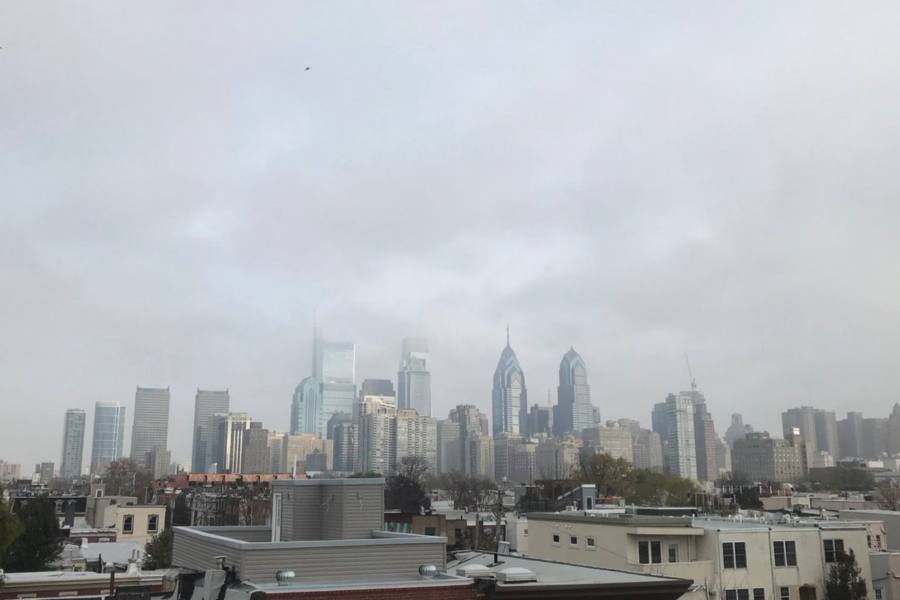 Haze in Philly on Monday was the product of wildfires in California. | Photo by Greg Mihailides via Twitter

I had a feeling I wasn’t seeing things yesterday; Anyone else notice haze hanging over the city?

Apparently it was a product of the massive, deadly wildfires out in California.

On Monday afternoon, meteorologist Gary Szatkowski shared an image of a long smoke plume that’s traveled all the way across the country to us. It’s pretty wild.

So if you thought it was just a bit hazy this afternoon, we have a California fire smoke plume moving through. pic.twitter.com/PsYNlAWrgA

No need to be overly alarmed: Air quality is currently at a moderate level in the area, which isn’t very unusual, so the haze doesn’t seem to be causing any serious issues (though on Monday, conditions were unhealthy for sensitive groups). Meteorologists say air quality impacts from smoke plumes are minimal if smoke remains in the jet stream where it travels — they typically only create unhealthy conditions if they descend.

Things are much, much worse in California, where wildfires have claimed roughly 80 lives. As of Tuesday morning, the deadly Camp Fire in Butte County had killed 79 people, left nearly 700 others to be unaccounted for and burned 151,272 acres, according to Cal Fire. The Woolsey Fire in Ventura County, outside Los Angeles, had killed three people and burned 96,949 acres.

In the areas surrounding those fires, airborne particulate matter is causing symptoms like burning of the throat, burning of the eyes, nasal congestion and irritation. Scientists are studying other potential long-term consequences, like harm to the immune system or exacerbated heart problems.

NBC has posted dozens of NASA satellite images showing the smoke plumes drifting from active fires across California and the country. You can find those images here.

In the meantime, rest assured that you weren’t seeing things yesterday.

I don't think these are ordinary clouds. My Amtrak ride to NYC through Baltimore, Philly, and Newark has prominently featured an eerie beige haze… What starts in California doesn't stay in California. #wildfires Time to grow up: #climatechange is here. We need a #GreenNewDeal pic.twitter.com/4VrWhCe43x

Day 2 of wildfire haze in Philly is giving me a new appreciation for the dangers of atmospheric nuclear weapons testing.

What's with the haze today in Philly? Working from home in West Philly and the skyline 2 miles away is barely visible. #CleanAirNow #CleanerCars

The haze in the air in Philly is apparently from the California fires (h/t @GarySzatkowski). Wow. Photo was taken from my roof mid-morning. pic.twitter.com/tl6UrsHUp6

Are my contacts screwy because of my lash serum or is there a weird haze over philly today?