VIP tickets to see Bill and Hillary Clinton in Philadelphia are much, much cheaper than those for Michelle Obama. 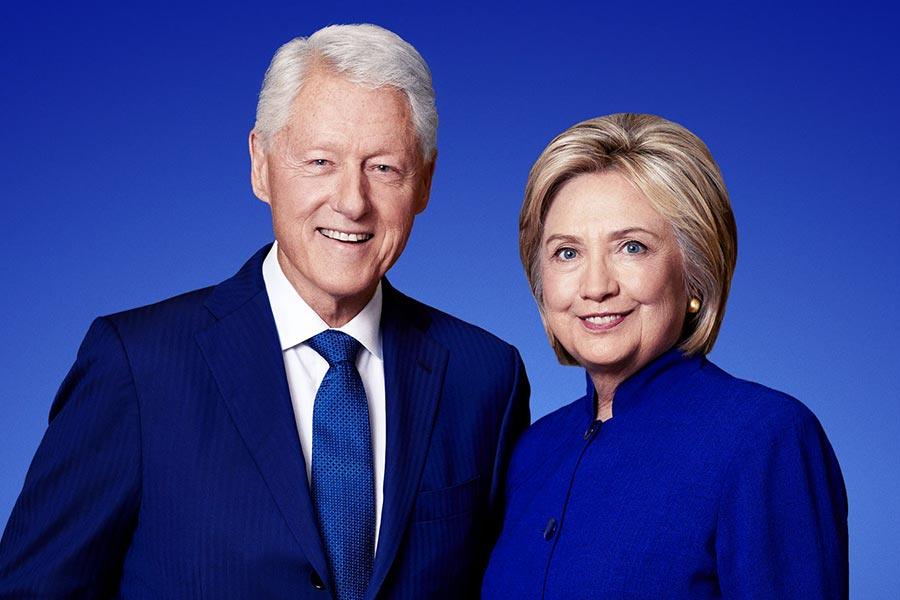 Bill and Hillary Clinton in a promotional image for the Evening With the Clintons tour, which will be stopping at The Met in Philadelphia. (Image via The Met)

One might call it the Discount Democrats Tour. While face-value tickets for Michelle Obama’s Philadelphia stop in November top out at a whopping $2,000, you won’t have to pawn any jewels to get into Bill and Hillary Clinton’s just-announced “Evening With the Clintons Tour” next year.

The Clintons will visit the long-anticipated new Met on North Broad Street on Saturday, April 13th, at 7:30 p.m. According to Ticketmaster, tickets range from $99.95 to $299.95 (plus all those dreaded “convenience” fees, of course).

Keep in mind that the Wells Fargo Center can hold around 20,000 people, while the capacity of the Met is just 3,500. So there aren’t really “nosebleeds” for the Clintons. The venue is much more intimate.

The pre-sale for the Clintons in Philadelphia starts this Thursday at 10 a.m. Tickets go on sale to the general public on Friday at 10 a.m.

The Clinton tour is hitting 13 cities in the United States and Canada, kicking off in Las Vegas on November 18th and wrapping up in Los Angeles on May 4th. Other nearby cities include New York and Washington, D.C. You can access the full schedule here.

According to a statement from tour producer Live Nation, the appearances “will feature joint on stage conversations with the two leaders sharing stories and inspiring anecdotes that shaped their historic careers in public service, while also discussing issues of the day and looking towards the future. … Attendees will have the opportunity to hear one-of-a-kind conversations with the two leaders as they tell their stories from some of the most impactful moments in modern history. From the American presidency to the halls of the Senate and State Department, to one of the United States’ most controversial and unpredictable presidential elections, they provide a unique perspective on the past, and remarkable insight into where we go from here.”

Naturally, some local conservatives are having a field day with the news that “Slick Willy and his wife” are coming to Philadelphia. Conservative 1210-AM talk show host Chris Stigall has challenged his listeners to come up with a “proper” name for the tour. Some of the more, er, creative responses: “The Pants Down and Pantsuit Tour”; “The Liars in Stereo Tour”; and, yes, ”The I Must Be Broke If I Have to Hang With Her Tour.”