Michelle Obama Is Coming to Philly, and Here’s How You Can Get Tickets

Tickets will set you back as much as $2,000 (each!) for the Wells Fargo Center event. 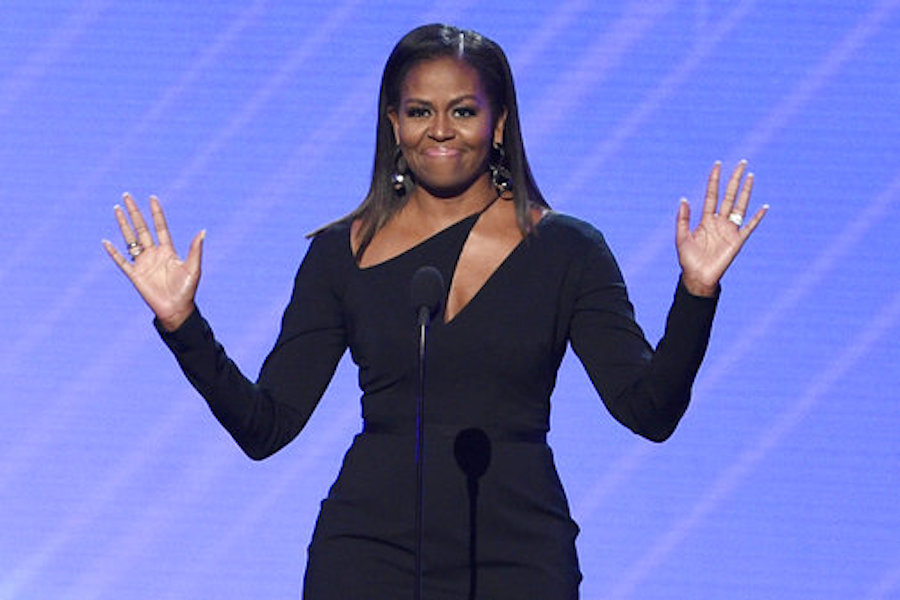 Michelle Obama just announced an arena book tour in support of her upcoming memoir, Becoming, and Philadelphia made the final cut of destinations for the 10-city tour.

Obama will visit the Wells Fargo Center in South Philadelphia on Thursday, November 29th. Doors open at 6:30 p.m., and she’s scheduled to take the stage at 8 p.m.

Now, I know the first thing you are going to do — assuming you’re not a Michelle Obama hater — is go look at your calendar to see when Thanksgiving is. Have no fear: Thanksgiving 2018 is actually the Thursday before Obama’s appearance in Philadelphia.

But the November 29th event is no free rally. You’ve got to buy tickets to see Michelle Obama in Philadelphia. The nosebleeds will cost you just $29.50 — plus some inevitable service and convenience fees that will likely drive the price up to around $40. The best seats will set you back $2,000. Hopefully that includes a soft pretzel and one of those 24-ounce cans of beer.

Tickets for Michelle Obama in Philadelphia will go on sale at 10 a.m. on September 20th to those who sign up as “Verified Fans” on Ticketmaster. This is designed to prevent bots from scooping up large blocks of tickets to be resold by scalpers and ticket agencies, and it’s the same process that Bruce Springsteen (ugh) has used for his Broadway show.

Michelle Obama tickets will go on sale to the general public at 10 a.m. on September 21st. You don’t need to sign up for anything special for those tickets, and they’ll be available on Ticketmaster or through the Michelle Obama website.

Each book tour appearance will include other speakers as well. Although no official announcement has been made as to who will join her at each stop, she’ll reportedly be joined by some family members as well as some of her well-known friends.

Obama took to social media this week to announce her tour via video. Here’s a snippet:

The Michelle Obama memoir is due out on November 13th, just a couple of weeks before her Philadelphia event. No, you do not get a free copy of the book just for buying a ticket — although we imagine those really expensive seats might include a copy or some other benefits — but 10 percent of the ticket proceeds in each city will be donated to local charities.

Won’t be in Philly on November 29th? Check the list below for the complete rundown of Michelle Obama’s tour: