Avoid This Area Ahead of Trump’s Visit on Tuesday

Unless you want to see the president or sit in gnarly traffic, that is. 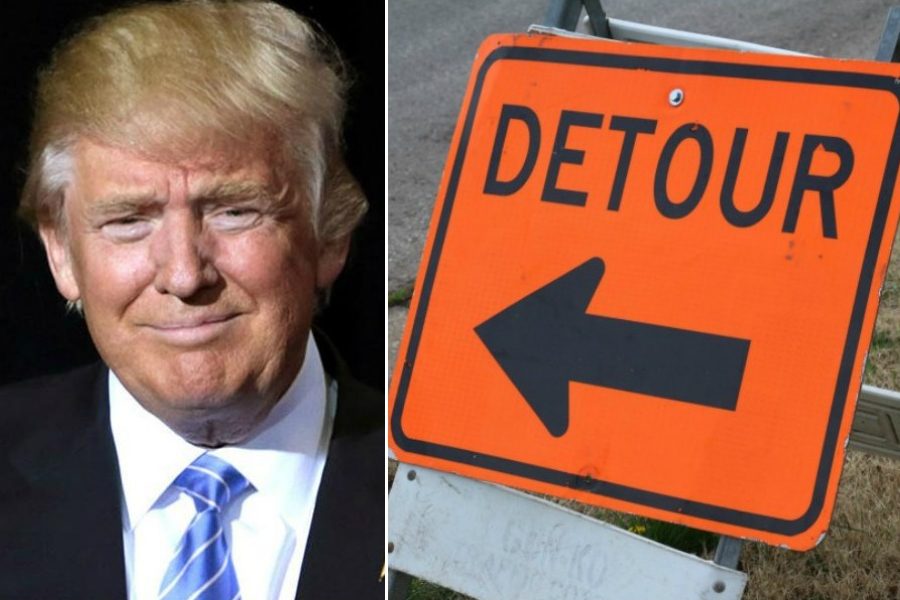 President Donald Trump is coming to Philadelphia on Tuesday, and that means one thing: traffic.

Well, technically, it means two things: protests and traffic, which only exacerbate one another.

If you want to avoid either, or both, consider staying far, far away from the Pennsylvania Convention Center, where Trump is expected to speak at the annual National Electrical Contractors Association gathering at 2:30 p.m.

Given that demonstrators have planned a protest at Broad and Arch streets between 1:30 p.m. and 5:30 p.m. on Tuesday, traffic in the area could be snarled long after Trump has left. That’s not to mention the general traffic nightmare that Center City has become, without the added benefit of presidential motorcades and swarms of protestors.

Tuesday marks the first time Trump has spoken in Philadelphia in more than a year. He’s set to discuss the economy, tax reform and more before thousands of electrical contractors, electricians and apprentices. He’ll also likely stump for Republican U.S. Senate candidate Lou Barletta, whom he campaigned with in Wilkes-Barre, Pennsylvania in early August. The event will be live streamed at whitehouse.gov.

The Trump protest on Tuesday is being organized by Refuse Fascism Philly and PA Statewide Indivisible. For more information, visit the Facebook event page.