Meanwhile, things aren't looking so good for the woman who spearheaded the crowdfunding campaign ... or her boyfriend. 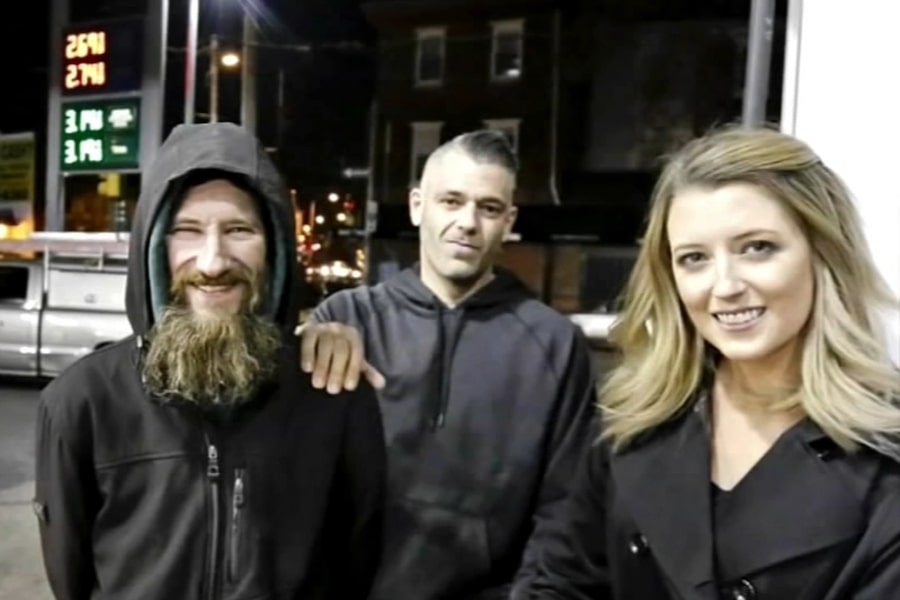 John Bobbitt (left) with Mark D’Amico and Kate McClure, the woman who started the GoFundMe campaign. (Photo via 6ABC)

Well, the whole “$400,000 Raised for Homeless Good Samaritan in Philadelphia” story that went way viral last year has turned into quite a mess, with the lawyer for John Bobbitt, the homeless good samaritan, claiming that most of that money vanished before ever getting to his client. But there is some actual good news in all of this: GoFundMe now says that Bobbitt will get all of the money donated to him.

Here is part of a statement that GoFundMe, which describes itself as “the safest place to give,” released late this week:

We are pleased to report that [John Bobbitt] will be made whole and we’re committing that he’ll get the balance of the funds that he has not yet received or benefited from … GoFundMe’s goal has always been to ensure Johnny gets the support he deserves. We’ll continue to assist with the ongoing law enforcement investigation.

As we’ve said, our platform is backed by the GoFundMe Guarantee, which means that in the rare case that GoFundMe, law enforcement or a user finds campaigns are misused, donors and beneficiaries are protected. We’re fulfilling that commitment today and we will continue to work with Johnny’s team to make sure he’s receiving all donated amounts.

The debacle has its roots in an apparently chance encounter between Bobbitt and New Jersey’s Kate McClure in November. As the story goes, McClure’s car ran out of gas while she was driving into the city, stranding her — and Bobbitt, who was homeless, used his last $20 to make sure she got home OK.

McClure started a crowdfunding campaign for Bobbitt on GoFundMe. She wrote, in part:

[John Bobbitt] did not ask me for a dollar, and I couldn’t repay him at that moment because I didn’t have any cash, but I have been stopping by his spot for the past few weeks. I repaid him for the gas, gave him a jacket, gloves, a hat, and warm socks, and I give him a few dollars every time I see him …

Truly believe that all Johnny needs is one little break. Hopefully with your help I can be the one to give it to him.

A windfall of charitable giving quickly followed, and people from around the world donated more than $400,000.

Alas, things got a little murky. Bobbitt claims that he only received around $75,000 of the cash. McClure’s side is that he got around $200,000 of it and that she was concerned about giving him more due to his substance abuse issues. But now, Bobbitt has sued McClure and her boyfriend, Mark D’Amico, demanding that they, well, show him the money.

Late this week, Bobbitt’s attorney said that the money has vanished. There are allegations that the money was squandered on gambling and trips. Police searched the couple’s home on Thursday, and there are rumblings about potential criminal charges.

There is, no doubt, plenty more to this story that will unfold. But the real question is: Who gets the royalties from the inevitable Lifetime movie?