You heard the oratorical masterpiece the Eagles center scream-shouted from the Art Museum steps. But do you know what it meant?

I’m going to take a second to talk to you about underdogs1. I know Lane [Johnson] and Chris [Long] just talked about this, but I don’t think it’s been beat home enough2.

1 Among odes to underdogs, Kelce’s speech is perhaps underdog only to Robert Frost’s 1928 poem “Canis Major”:

I’m a poor underdog
But tonight I will bark
With the great Overdog
That romps through
the dark.

2 It’s difficult to argue that the “underdogs” angle was downplayed, but we’ll allow Kelce poetic license.

Howie Roseman, a few years ago, was relinquished3 of all control, pretty much, in this organization. He was put in the side of the building where I didn’t see him for over a year! Two years ago, when they made a decision, he came out of there a different man4. He came out of there with a purpose and a drive to make this possible. And I saw a different Howie Roseman. An underdog. 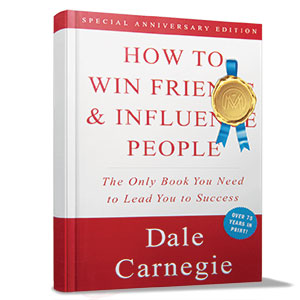 3 We think Kelce meant “relieved,” but we’ll cut him some slack. His meaning was clear. (Plus, we hear he’d been drinking.)

4 According to reports, Roseman, who’d been criticized for an inability to work with colleagues, spent his time in exile honing his people skills.

Doug Pederson. When Doug Pederson was hired, he was rated as the worst coaching hire5 by a lot of freakin’ analysts out there in the media. This past off-season, some clown named Mike Lombardi told him he was the least-qualified head coach in the NFL. You saw a driven Doug Pederson, a man who went for it on fourth down, went for it on fourth down, in the Super Bowl, with a trick play6. He wasn’t playing just to go mediocre. He’s playing for a Super Bowl.

And it don’t stop with him. It does not stop with him. Jason Peters7 was told he was too old, didn’t have it anymore. Before he got hurt, he was the best freaking tackle in the NFL.

Big V8 was told he didn’t have it. Stefen Wisniewski ain’t good enough. Jason Kelce9 is too small. Lane Johnson can’t lay off the juice. Brandon Brooks10 has anxiety.

9 “Does not have the size or power to project as a starter.” —Kelce’s 2011 NFL combine profile

Carson Wentz didn’t go to a Division I school.

11 “There’s an aura of softness about him, no fire. Maybe it’s the hee-haw face.” —Buzz Bissinger, July 2014, Philadelphia magazine

This entire organization, with a bunch of driven men to accomplish something. We were a bunch of underdogs14. And you know what an underdog is? It’s a hungry dog. And Jeff Stoutland15 has had this in our building for five years — it’s a quote in the O-line room that has stood on the wall for the last five years — “Hungry dogs run faster.” And that’s this team. 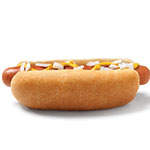 14 The owner of that Center City hot-dog shop Underdogs that closed a few years back must be just kicking himself right now. Can you even imagine how many dogs he’d have sold?

17 My wife is the exact same way. She calls it being “hangry.”

No one wanted us. No one liked this team18. No analyst liked this team to win the Super Bowl19, and nobody likes our fans20. And you know what? I just heard one of the best chants this past day, and it’s one of my favorites and it’s new, and I hope you all learn it, because I’m about to drop it right now21.

18 True. Nine of ESPN’s 11 “experts” predicted the Eagles would lose … to the Falcons … in the divisional round.

19 Not technically true, but the hyperbole works.

20 Definitely true. In 2015, Sports Illustrated declared Eagles fans the most hated in the league.

21 True story: Kelce’s hairdresser’s husband hooked up the Mummer-wear; it was left over from Avalon String Band’s 2008 “Ire-land of Leprechauns” strut.

You know what I got to say to all those people who doubted us, all those people that counted us out, and everybody who said we couldn’t get it done? What my man Jay Ajayi just said: “Fuck you!”