It turns out that none of this would have happened if not for the most unlikely of characters: Philadelphia nun Sister Mary Scullion. 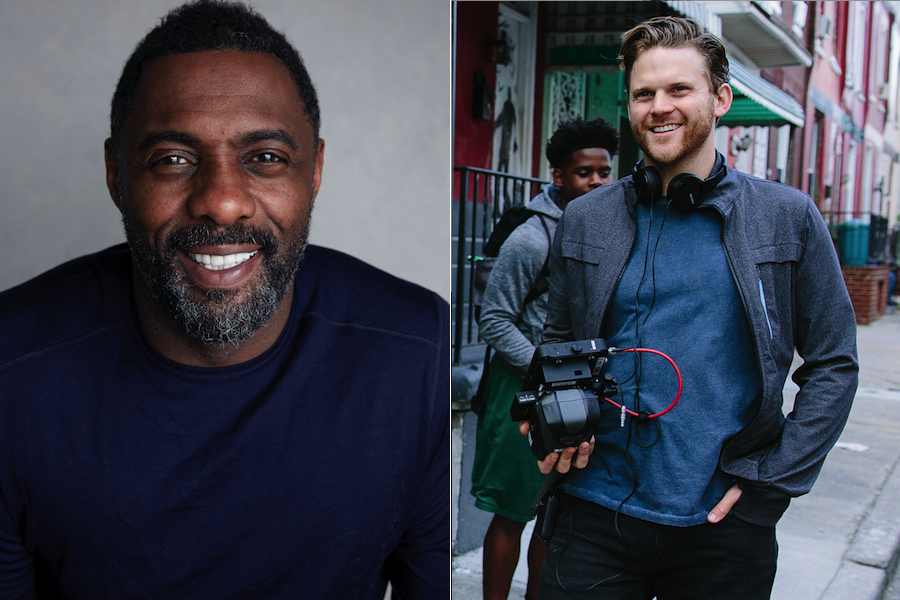 After we reported that English actor Idris Elba had signed on to star in and co-produce Ghetto Cowboy, a based-on-a-book movie about the urban cowboy culture in North Philadelphia, we wanted to learn more about the man responsible for bringing him here.

We caught up with 35-year-old filmmaker Ricky Staub, owner of Brewerytown’s Neighborhood Film Company, to find out how it all came together. He says he can’t tell us when shooting in Philly will begin, but he has plenty of other things to say.

Are you a Philly guy originally?
I’m not a lifelong Philadelphian, although Philly is the place I love the most. I call it my muse. When I was younger, my family lived in Chadds Ford for a bit, but we moved around a lot due to my dad’s job. I eventually came back to Philly to work on the M. Night film The Last Airbender, where I worked as an assistant to producer Sam Mercer, who is now a producer on Ghetto Cowboy.

How did you go from Chadds Ford to filmmaking?
A long time ago, I decided that writing was my first love, and for years, Dan Walser, who is now my business partner, was my writing partner, which basically means that we’d meet up on the weekends and write scripts that no one reads. By the time Ghetto Cowboy comes out, that will be 14 years of writing with basically nothing happening before this.

At some point, I realized that I didn’t want to just write and hope that people could make my work. I decided to learn how to do it all myself. I started working as a production assistant on any set that would let me be there, even for free, and eventually I met Sam and came to Philadelphia to work on The Last Airbender.

That movie came out in 2010, and you launched Neighborhood Film Company in Brewerytown one year later. Why stay here?
I had a very specific mission: I wanted to train adults coming out of incarceration or homelessness. Everybody told me it wouldn’t work. But then I met Sister Mary Scullion from Project HOME and told her my idea. She was the first person who didn’t think I was losing my mind.

Wow, OK, I wasn’t expecting a nun twist.
Sister Mary told me that if I wanted to help these people, I needed to live among them and understand them. So I lived at Project HOME’s Kate’s Place for nine months, which is basically the next step from a homeless shelter. That really changed the way I saw things.

Now, at Neighborhood Film Company, we have four full-time employees plus that one apprentice each year, who gets paid full-time. The whole mission is to gain them employment in their interest or career path. The film business is all about communicating super-efficiently and putting plans in motion, pitching, working with a lot of different personalities, and doing so much so fast. You can take those skills into almost any field.

I know it hasn’t been around for that long, but would you say the apprenticeship program has been successful?
We have both sides of the spectrum. I don’t think we’ve cracked the code on anti-recidivism. It’s a unique effort producing unique results. Last year’s apprentice, Marvin, is now a guy running a property for the Philadelphia Housing Authority. I think that speaks volumes. What would his opportunities have been had he not gone through our program, considering the way society treats people returning from prison?

Last year, you released The Cage, a short film about life in North Philly. And Ghetto Cowboy is set in North Philly. What is it about North Philly that attracts you?
After I moved out of Kate’s Place, I made a home in North Philly, in Brewerytown. And I opened an office there. Everybody told me how dangerous and dirty it would be, and I was completely embraced by the community. Keep in mind this was eight years ago, before it was getting popular to live that far north of Girard. I felt so loved, and the architecture and history really spoke to me.

Fast-forward to Ghetto Cowboy. The book is pretty obscure. How did it even come across your radar?
One day I’m in my office in Brewerytown. I’m on a computer, and I see this dude roll by with a horse and buggy and speakers. So I run outside and was like, What the heck is going on? Why are you riding a horse in the hood? He told me all about the Fletcher Street horses. I did some research, came across the book, and filed it away for a rainy day. That was in 2012.

Then, I speak every year to a group coming home from prison. And others speak there as well. This guy named Eric gets up and speaks. Said he was coming home from prison and that he was buying a horse. I had to leave the meeting, and I said to one of my producers, You gotta go talk to this guy. We had him and a bunch of riders to the office and asked them if they’d be willing to work on this together.

Then Dan, Eric, another rider named Mil and I spent a year just talking, going down to the stables. I rode my first horse with those guys. We went to their annual barbecue, which is like a block party on steroids.

OK, so how the heck did you get Idris Elba involved?
Last summer, our film The Cage did really well at the festivals. We started getting reach-outs from people, and so we signed with an agent at William Morris, and Idris is also at William Morris.

Idris had expressed a desire to be involved in projects uplifting to the African American community, and my agent was part of that meeting where he said that. So he pitched the project to Idris, who said he wanted to talk. That was in May or June. Idris and I spoke on the phone for an hour and a half and hashed it out, and we went from there. We spent a weekend with his execs in Philly, we took them to the barbecue. We wanted them to really understand the story and the heart of it and why it’s important to the city and to these riders.

Idris has a huge heart in wanting to uplift new voices and to make an impact on the community. His heart seems to be so profoundly aligned with mine.

It’s kind of amazing to get Idris Elba to star in and produce your debut feature, isn’t it?
I don’t know what a typical process is in this business, because this is my first movie like this. But it’s been great so far.