The English actor — rumored to be in the running as the next James Bond — just signed on to Ghetto Cowboy. 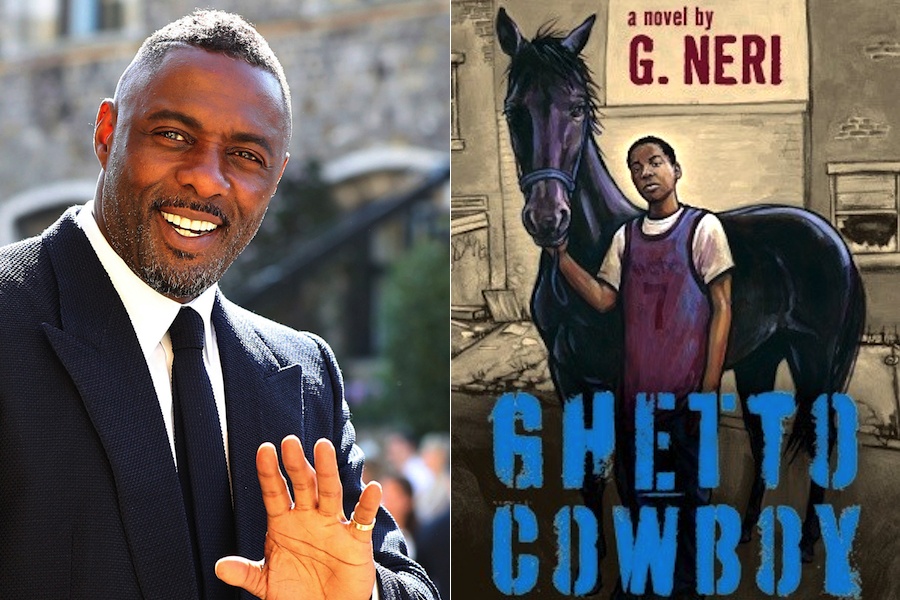 Left: Actor Idris Elba (Gareth Fuller/pool photo via AP). Right: The cover of Ghetto Cowboy, the book upon which the new Elba movie is based.

While the rest of the world is abuzz over the reports that Idris Elba really might just be the next James Bond, we here in Philadelphia are most excited with this just-in news: The 45-year-old English actor will star in a movie about North Philadelphia’s urban cowboy scene.

Elba has signed on to produce and star in Ghetto Cowboy, a movie based on the 2011 young adult novel by the same name.

The book follows Cole, a 15-year-old African American boy from Detroit whose mother abandons him and sends him to live in North Philadelphia with his father, whom he had never met. In North Philadelphia, Cole discovers the city’s urban cowboy subculture and winds up fighting the city when the city tries to shut down the stables and take his horse away. Elba will play the boy’s father.

“This compelling tale of latter-day cowboy justice champions a world where your friends always have your back, especially when the chips are down,” reads a description of the book from the publisher. And if that doesn’t sound like some heartwarming fodder for a movie, I don’t know what does.

While Elba has been in his share of movies — recent blockbuster titles include Thor: Ragnarok and Avengers: Infinity War — he is best known for his television work in shows like The Wire and Luther.

“This story was built out of a deep friendship and collaboration with the riders of North Philly, and I couldn’t be more excited to honor their legacy with this film,” Staub told Variety.

Last year, Staub released The Cage, an emotional short film about life in North Philadelphia, for which he used non-actors.

Ghetto Cowboy will reportedly be shot in North Philadelphia. No production schedule or release date has been announced.