The suburban county has formally adopted Bike Montco, an intensive plan to build on its current 19 miles of marked bicycle lanes. 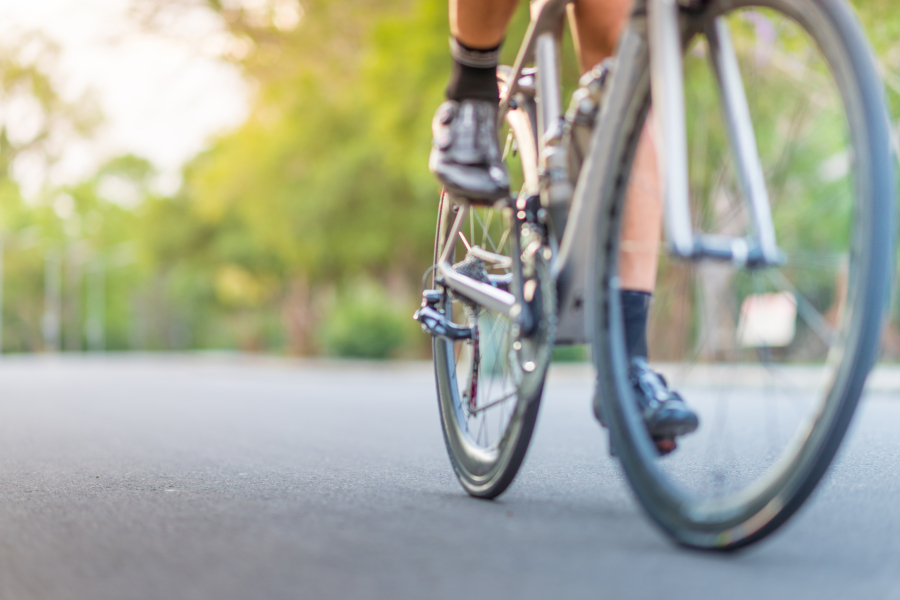 Officials in Montgomery County have unanimously approved a plan to create nearly 800 miles of cyclist-friendly paths in the area.

Bike Montco includes four areas of focus, which each highlight the bicycle not just as a recreational vehicle, but also a means of commuting: bicycle routes to parks and trails, bicycle mobility in towns, biking to transit, and biking near colleges and high schools.

The plan functions as a sort of update to The Bicycling Road Map, a plan adopted by the county in 1998 that officials say “no longer addresses the current challenges and opportunities facing today’s bicyclists.”

In the 20 years since the Bicycling Road Map plan was adopted, only 19 miles of marked bicycle lanes were created — out of the Montgomery County’s 4,511 roadway miles. (The county is also home to 90 miles of recreational trails that are suitable for bikes.) But officials say that’s not enough.

The new plan includes a map of a potential bicycle network, comprised of 783 miles of county, state and local roads — roughly 17 percent of the county’s total roads. That’s a significant increase from the less than 1 percent of roads that currently have bicycle facilities. 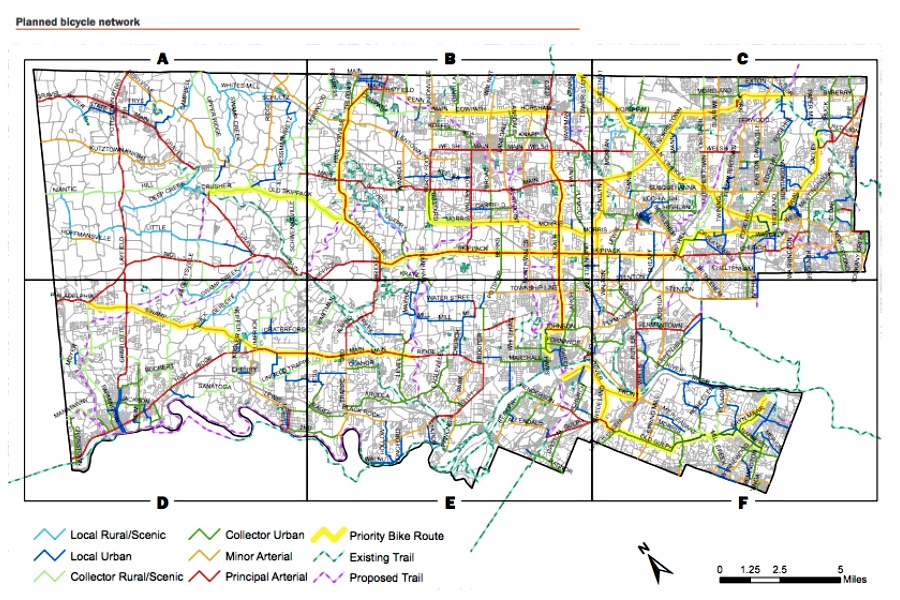 Commissioners selected roads based on surveys that asked bicyclists which roads they found more or less stressful to ride on. Typically, cyclists favored smaller, residential streets, while they labeled major roads as more stressful. But high-stress streets weren’t avoided as part of the bike network — according to the plan, they were included because they are “the biggest barriers to connecting the other 60 percent of roads that [were deemed low-stress] … A countywide system is almost impossible to achieve without improving them.”

That includes roads like Pennsylvania Route 29 in Valley Forge National Historical Park, which some cyclists reported wanting to use but feeling uncomfortable doing so.

The network will feature improvements to roads that already see significant cyclist traffic, as well as roads and paths with newly designated bike lanes and other signage.

Later this fall, county officials plan to meet with major transportation players, like PennDOT, SEPTA and the Pennsylvania Department of Transportation, to work on implementing the network, per Philly.com.

Matthew Edmond, transportation section chief of the Planning Commission, told the news organization that while changes won’t be immediate, residents can expect to notice the effects of the plan within the next five years.