Slusser, a progressive voice who’s advised the mayor since the beginning of his term, will resign from the administration on August 10th. 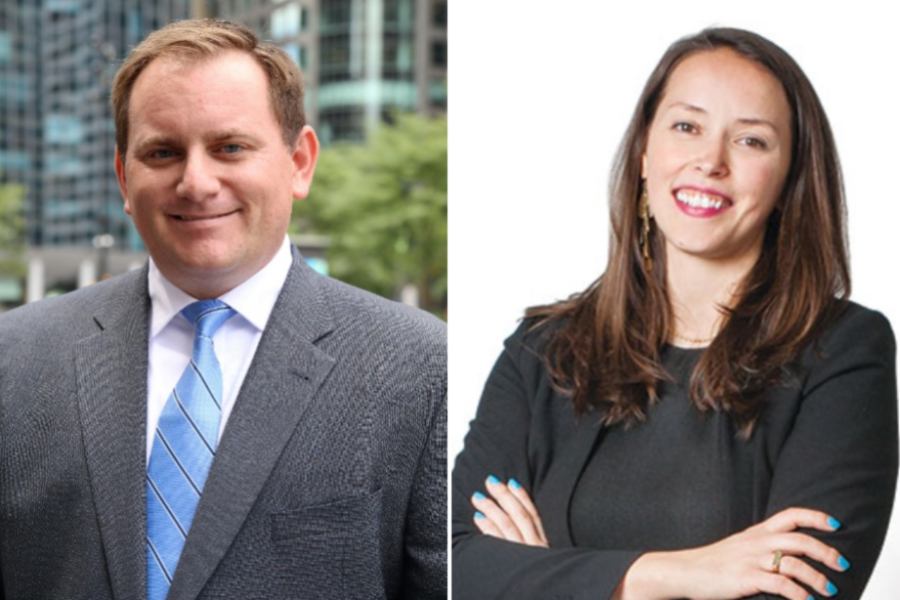 Mayor Jim Kenney announced on Wednesday that he will hire a new chief of staff, Jim Engler, to replace Jane Slusser, a key progressive voice in the Kenney administration who has occupied the role since the beginning of the mayor’s term.

The announcement comes as a surprise. In a statement, Kenney thanked Slusser for helping his administration achieve its “greatest successes over the past few years” and said he was “thrilled” to select Engler for the new position.

“I have always tried hard to attract the smartest and most talented staff, and recognize the need to empower them and listen to them,” Kenney said. “Jim Engler is a perfect example of this.”

If you’ve worked w/ the powerhouse that is @janeslusser you know that she’s extraordinary, brilliant & fearless. I’m sad to see her go, but grateful that I can use the same adjectives to describe @JimEnglerPHL so I know @PhiladelphiaGov is in great hands. https://t.co/WUNDYgxb7W

Engler has served as the administration’s deputy mayor for policy and legislation since January 2016. In that role, he’s acted as a senior liaison between the Mayor’s Office and City Council, and helped secure key legislation like the soda tax and the city’s Rebuild program. Prior to that position, he served as policy director of the mayor’s 2015 campaign, and legislative director for then-Councilman Kenney.

Kenney said Engler “understands the needs of every Philadelphia neighborhood and community like no one I’ve ever met.”

“His intelligence, thoroughness, instinct, and attention to detail are unmatched,” Kenney said. “I’m confident that as chief of staff, Jim will tackle Philadelphia’s challenges with the same tireless dedication and acumen that he has demonstrated throughout his entire career.”

It’s not yet clear exactly where Slusser will end up after Engler takes over on August 10th. She told reporter Holly Otterbein that she’ll be moving into a role “focused on mobilizing voters ahead of the mid-term elections.”

Jane Slusser says she is *not* going to work for Kenney's reelection campaign in 2019. Without giving specifics, she said she "will be moving into a new role focused on mobilizing voters in advance of this November’s midterm elections." pic.twitter.com/poFjMUymGe

As chief of staff, Slusser played a major part in many of the city’s battles with the Trump administration, including over immigration, the Affordable Care Act and more. (And we can’t forget her viral tweet comparing the size of Philly’s post-Super Bowl celebration to Trump’s inauguration.)

Before they were hired in 2015, Slusser and Kenney’s former communications director, Lauren Hitt, were dubbed the “power women” behind Kenney’s campaign by the Inquirer. With Slusser’s departure, both women will have left the mayor’s administration: Hitt resigned in January to work as the chief spokeswoman for New York gubernatorial candidate Cynthia Nixon.

Slusser praised Engler (and passed him the torch) on Wednesday.

You’re the smartest person I know, with a huge heart that cares deeply about making the lives of all Philadelphians better. You always stand up for what’s right, no matter how hard it is. Proud to pass the torch (flame post-it) to the finest public servant I know, @JimEnglerPHL pic.twitter.com/L5sWyUMZc9

Slusser said in a statement that it has been an “absolute honor” to serve the mayor, and she will “miss serving in his administration alongside so many passionate and dedicated public servants who care deeply for their city and its residents.”

She added that she’s “confident” the Engler will “continue to push this administration to boldly tackle the big challenges that we must meet head on in order to make Philadelphia a better place for future generations.”

Engler said he is “honored” to be selected for the role.