The bus hit two vehicles before driving onto a lawn and striking 52-year-old James Derbyshire. 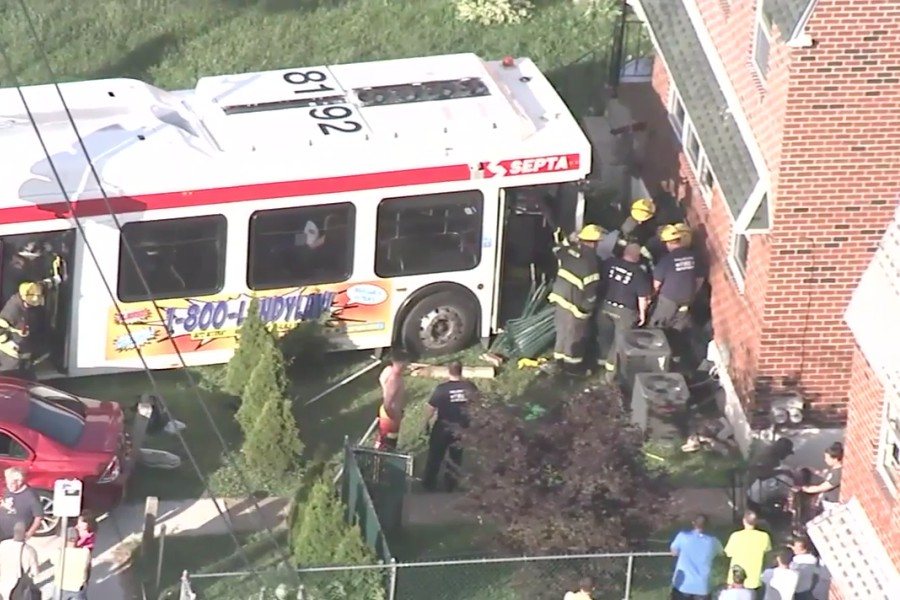 A man is dead after a SEPTA bus hit two vehicles and drove into a yard in Northeast Philadelphia on Thursday evening.

Police said the incident happened around 6:15 p.m. near Frankford and Morrell avenues. The eastbound bus was turning south on Frankford Avenue from Morrell Avenue when it ran a red light, hit a white Lincoln and then a northbound red Ford Fusion before jumping the curb and crashing into a yard and home on the 9800 block of Frankford Avenue.

The bus struck and killed 52-year-old James Derbyshire, who was standing by a small pool in the yard. A 20-year-old woman and a 28-year-old man were also hit. They survived and were taken to the hospital.

Roughly 15 people were reportedly on the bus at the time of the crash. Two passengers, the drivers of the cars involved in the crash, and the bus driver were all taken to the hospital with minor injuries. The impact caused a 10-foot-wide and four-foot-high hole in the home’s basement, SEPTA chief inspector Scott Small told 6ABC.

It’s not clear why or how the 49-year-old driver lost control of the bus. SEPTA authorities say the driver is in stable condition. Both SEPTA and the Philadelphia Police Department are investigating the crash.