The parents of the boy are suing Northeast Philly’s St. Dominic Catholic School, also alleging that he was bullied and called “ISIS” due to his ethnicity. 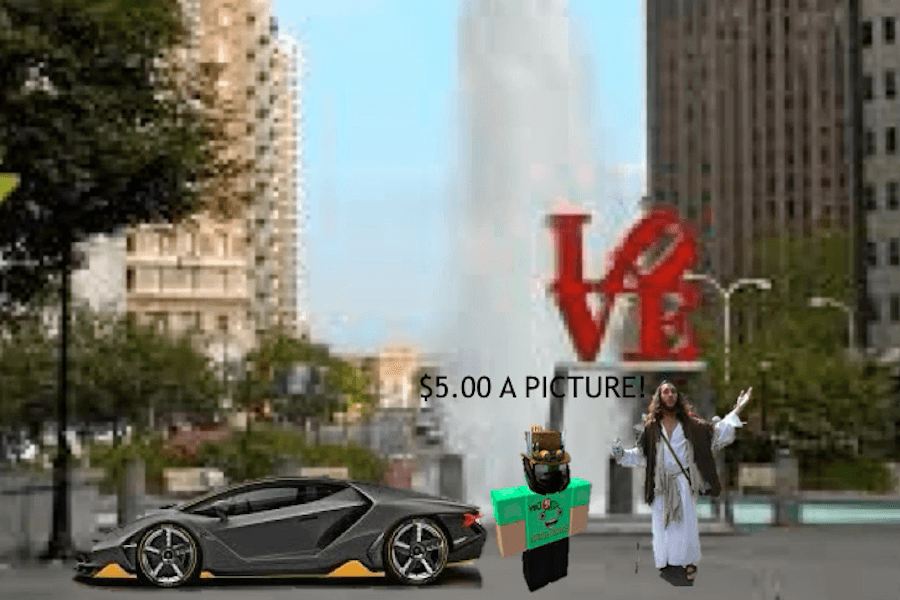 A screenshot from the 12-year-old boy’s elementary school project, which allegedly led to a visit from the FBI.

“As long as I’ve been here, I’ve known this school to be nothing but accepting.”

That’s what Ralph Ciarroco, the friendly principal at Northeast Philadelphia’s St. Dominic Catholic School, told me on Monday when I called him to talk about a just-filed federal lawsuit against the school and the Archdiocese of Philadelphia.

“I’ve never seen anyone being targeted or bullied because they are part of a different culture,” insisted Ciarroco, a longtime teacher at the school who became its principal at the start of the last academic year. “I’ve never seen anything like that. We are very accepting.”

But three people who would disagree with that sentiment are Mayfair residents Syed Naqvi and Mustreen Naqvi and their teenage son, identified in the suit by his initials, S.N. The boy and four of his siblings were enrolled at St. Dominic, a K–8 school in the Holmesburg section of Philadelphia, until May 2016. 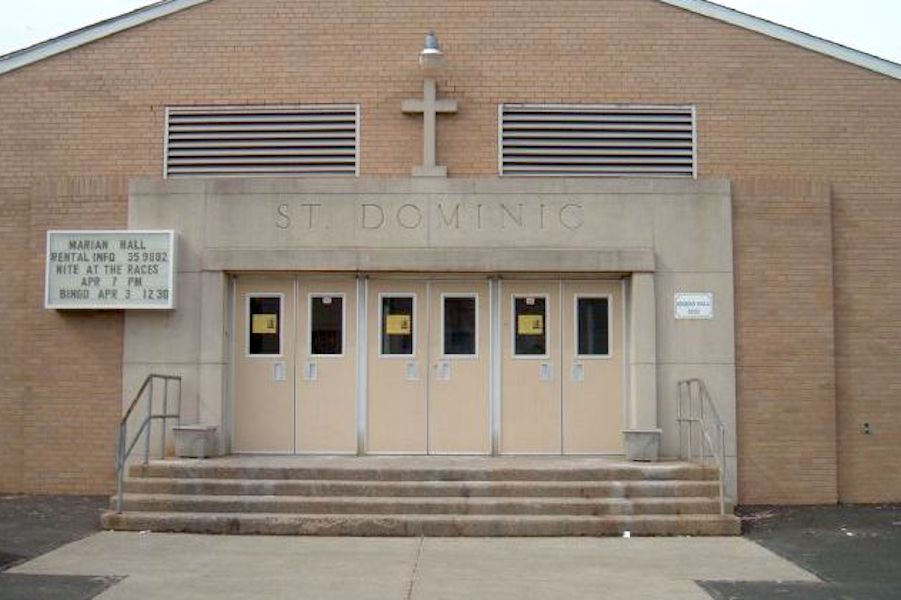 The Naqvis and their son filed their lawsuit in Philadelphia’s federal court last week, claiming that the younger Naqvi was the victim of pervasive discrimination, taunting, and bullying because he’s Pakistani. The suit even says that the school called the FBI on him.

According to the complaint, the difficulties at the school started in 2015, when the boy was 12 years old. He had been at the school since kindergarten and was “an exemplary student who earned outstanding grades,” reads the suit. He was a “social child who [enjoyed] interacting with his classmates.”

But then, on December 2, 2015, there was a terrorist attack on the West Coast: Rizwan Farook and Tashfeen Malik killed 14 people and injured 22 others in a mass shooting in San Bernardino, California. Malik was born in Pakistan. Farook was American-born but his parents were Pakistani immigrants.

The Naqvis allege that some of his schoolmates at the mostly white school began calling him “ISIS” after the shooting. The lawsuit claims that some of his classmates “tormented, isolated, and humiliated him, causing him to feel like an outcast and unwanted …” and goes on to say that the boy complained to school officials but that nothing was done to address the problem.

Then things got completely bizarre.

In January 2016, a month after the terrorist incident, the boy and his classmates were involved in a game of charades in class when the teacher assigned the word “onslaught” to the boy. It’s unclear what he said exactly or what happened next, but the result, according to allegations contained in the suit, was that S.N. and his mother were summoned to the principal’s office, where principal Kathleen Bruce accused him of making terroristic threats and then threatened to report to the boy to the FBI. (Bruce, who did not return calls seeking comment, is not a defendant in the suit.)

Fast-forward three months to April 2016. A social studies teacher assigned the boy’s class a project. For his contribution, the boy made a PowerPoint presentation called “Tour of Philadelphia” in which a Lego character, the rapper Ice Cube, Arnold Schwarzenegger, Batman, Rocky Balboa, and even Philly Jesus tour around the city. The Lego guy snaps a selfie with Philly Jesus and takes in a 76ers game. And Rocky runs up the Rocky Steps at the Philadelphia Museum of Art.

But there was also some pretty heavy action in the presentation. “As expected from a twelve year old boy,” reads the suit, “the presentation included sports cars, explosions and action scenes.” A fast car crashes into the Liberty Bell, causing it to crack. A “futuristic flying device” descends upon the Art Museum. And the Lego character does a burnout in a sports car in front of St. Dominic, sending exhaust fumes into the air, while a teacher from the school comes out to ask the Lego guy for his math homework.

We converted the PowerPoint to a video, shown here in its entirety:

Well, things didn’t go so well for the boy when he tried to present this to his class. According to the suit, the teacher stopped it mid-presentation without explanation. Later the same day, the boy and the mom were once again summoned to the principal’s office. The suit claims that the boy was suspended for a week over the presentation and that Principal Bruce told the mother that the boy was “violent” and needed psychological help.

Then, alleges the suit, Principal Bruce, who is now the head of Saint Aloysius Catholic School in Pottstown, called the FBI and reported the boy and his presentation. (The suit claims that other presentations by white students included similar scenes involving explosions and that there were no consequences — or FBI reports — for those students.) According to the lawsuit, the FBI quickly came to the family’s home, investigated, and concluded that there was no threat. It was just creativity at work.

The mom called Principal Bruce to discuss the matter, Bruce allegedly told the mom she should withdraw her son from the school, and the mom and dad decided to pull all five of their kids out of St. Dominic. They are now enrolled in public school.

The suit seeks unspecified damages in excess of $150,000.

The Archdiocese of Philadelphia said it was not aware of the case but added that it does not comment on pending litigation.