WATCH: Joel Embiid Chickens Out on a Water Slide

It took the Sixers star a handful of aborted attempts before he finally conquered his fear on vacation in the Bahamas. 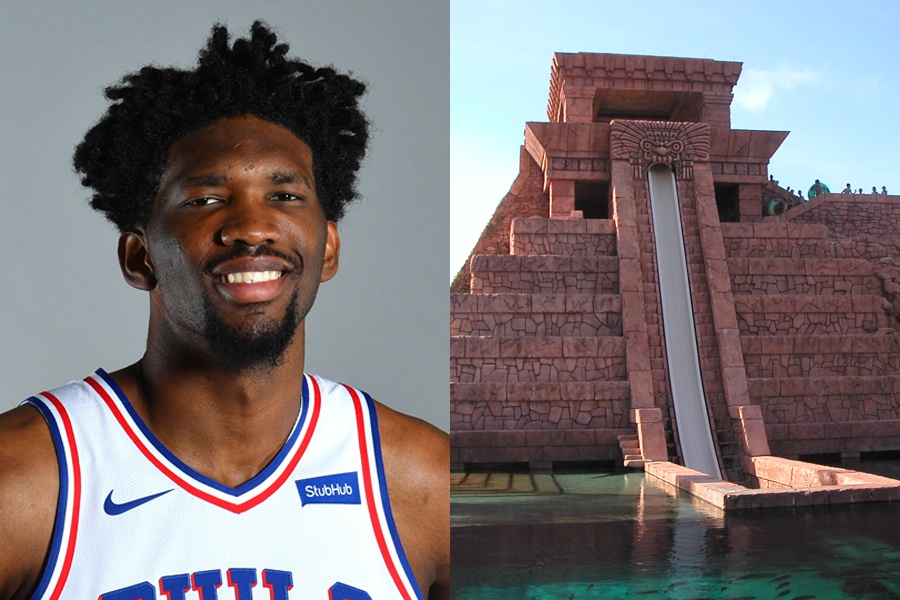 While unquestionably fearless on the hardwood, it would appear that 76ers star Joel Embiid isn’t much of a thrill-seeker off the court.

On vacation with friends in the Bahamas, Embiid took some serious convincing before conquering his fear of water slides over the weekend. According to Sixers co-owner Michael Rubin, the seven-footer needed exactly 37 minutes of discussion before ultimately agreeing to take the 200-foot plunge at the island’s Atlantis resort.

This took us exactly 37 minutes to convince @JoelEmbiid to go down the slide. He only got in and out 6 times before he went!!!!!#LeapOfFaith pic.twitter.com/2VQfoyhCgq

Embiid finally mustered up the courage after several hilarious aborted attempts, including one on a slide clearly intended for small children. You can watch footage of JoJo chickening out below:

Took a while for @JoelEmbiid to trust this process. pic.twitter.com/Lti1ulxyGu

Since it’s only May, there’s still plenty of time left in the summer for Joel to learn how to protect himself out on the lazy river. Can somebody please get this guy a life preserver before our NBA title hopes drown along with him?

Almost lost my little bro @joelembiid in the lazy river… When do we tell him all he has to do is stand up?? Then the retaliations began @camillefishel