He made the pitch — again — at the Cannabis Learn Conference and Expo on Wednesday. 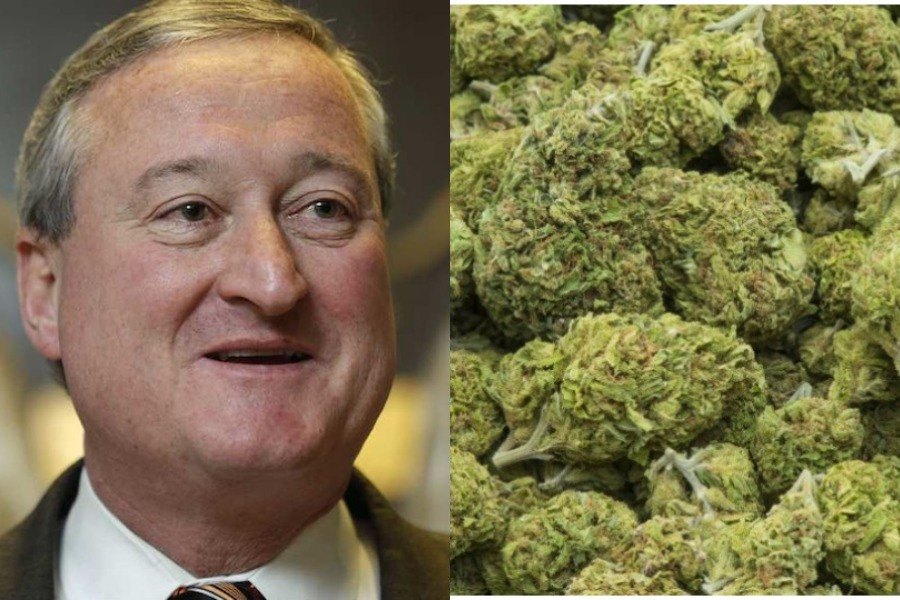 Mayor Jim Kenney made a familiar pitch on Wednesday: Recreational marijuana should be legalized in Pennsylvania, then sold in state stores.

It’s an idea he first proposed back in 2015, during a panel on pot at Temple University. That was several months after then-Mayor Michael Nutter signed a bill — sponsored by Kenney — that decriminalized the possession of small amounts of marijuana in Philly.

This time, Kenney called for legalizing recreational marijuana use for adults and allowing its sale in state stores on Wednesday, during the Cannabis Learn Conference and Expo at the Pennsylvania Convention Center, according to the Inquirer.

The conference was held as the city’s first medical marijuana dispensary prepared to open its doors in Fishtown. At the event, Kenney reportedly said that the state could use taxes generated by recreational weed sales for schools and infrastructure projects.

Of course, Kenney is the mayor of Philadelphia, not the head of the Pennsylvania Liquor Control Board, which controls the state’s wine and spirits stores and would have to implement such a project (and only after/if the state actually got around to legalizing recreational marijuana use). But hey, ideas start somewhere.

I think the principle of the idea is good. It has some tweaking to do but it can work https://t.co/qWGTH55jxg

Let's legalize already before sessions has everyone in jail