OK, OK, so the park doesn't look so great right now. But we're willing to withhold judgment until its official debut. 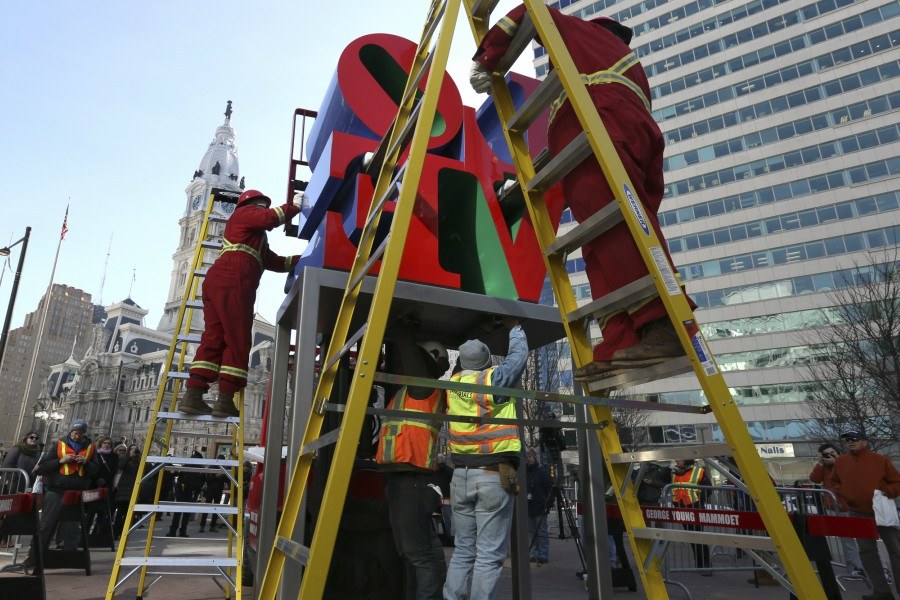 A lot of people have been hating on LOVE Park’s redesign.

Just do a quick scan of social media:

What's wrong with the new love park? Hostile design. Wide open hardscape unshielded from the sun, spaces designed to prevent people from sitting down. Sterile, horrendous, tragic. @JonasMcivitas and I visited and I have the UX a review: F pic.twitter.com/R0x4w4WHb4

Wait they say. It will get better they say. pic.twitter.com/l04Inbdvf6

But here’s the thing: as barren, bland and gray as the park is now (I mean, really, have you seen it?), it isn’t actually ready to debut. For now, we’re willing to reserve judgment until the just-announced grand opening celebration.

LOVE Park’s ribbon-cutting ceremony will take place at 11 a.m. on May 30th, Philadelphia Parks and Recreation Commissioner Kathryn Ott Lovell and Chief Cultural Officer Kelly Lee revealed on Thursday. The Fairmount Park Conservancy says that when the space is fully debuted, it will provide “critical greenspace, including a great lawn and two gardens with native plantings; an open viewshed of the Parkway and City Hall, well-designed seating and pathways, and public restrooms.”

Plus, it’ll feature a host of activities and programs, like a rotating line-up of five food trucks on weekdays from 11 a.m. to 3 p.m. And hopefully they’ll figure out what’s up with the new fountain, which was apparently leaking all over the park and nearby streets this week.

Officials also announced that at 6 p.m. on opening day, the new Friends of LOVE Park will hold an inaugural fundraising event. For now, a limited quantity of tickets are being sold for $100 a pop. The night will include “an exclusive evening under the stars at the new LOVE Park featuring entertainment, inspired cocktails and cuisine, a raffle and more!” according to a Fairmount Park Conservancy event page. Proceeds will support park maintenance and free programming at the park throughout the year.

Ott Lovell and Lee spoke at the park on Thursday, when they thanked philanthropist Edith Dixon and her late husband, Mr. F. Eugene (Fitz) Dixon, Jr., for donating funds to make the restoration of the LOVE Park statue possible.

Rain or shine, "LOVE" has returned home to Philadelphia and it was announced today by @PhilaParkandRec that LOVE Park will have its grand reopening on Wed, May 30! But don't wait till then to have your picture taken with the statue. It's here. Come by. We'd ❤ to see you! pic.twitter.com/ZiuWl20s8R