Hundreds of students flocked to Center City from Villanova for the celebration on Thursday morning. 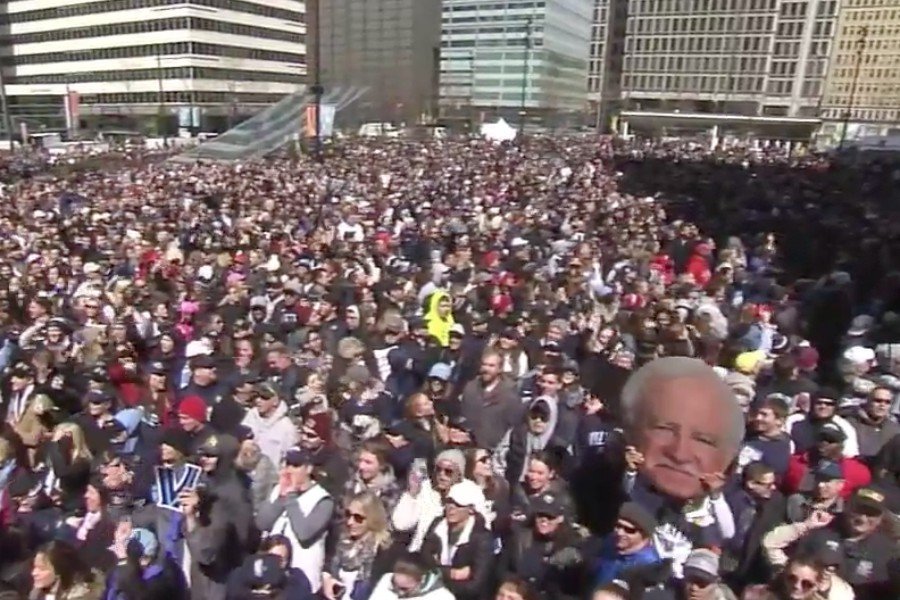 The Villanova Wildcats celebrated their national championship win with a parade in Center City on Thursday.

The event kicked off at 20th and Market Streets at 11 a.m. and ended shortly after noon at Dilworth Park. Hundreds of students flocked to the city from Villanova’s campus on the Main Line.

Here are scenes from the festivities.

We had a great time at the parade in Philly celebrating the @NovaMBB championship! pic.twitter.com/2MsLhxOeBw

Amazing day at the parade! Family first and Villanova is family! Love ya Momma P! pic.twitter.com/4EJoL6G7fu

The funniest thing is that Villanova fans got to throw streamers with Temple signs all around them. pic.twitter.com/ouRxg6NDyV

The parade is on!!! Check out live coverage of Villanova’s Championship Celebration live on @6abc right now!!! pic.twitter.com/SmDkcMD9k1

From Dilly Dilly to Villy Villy!

Philadelphia just continues their championship celebrations as the Villanova parade makes it's way through the town.