He insists he's now officially retired from the meteorology business. 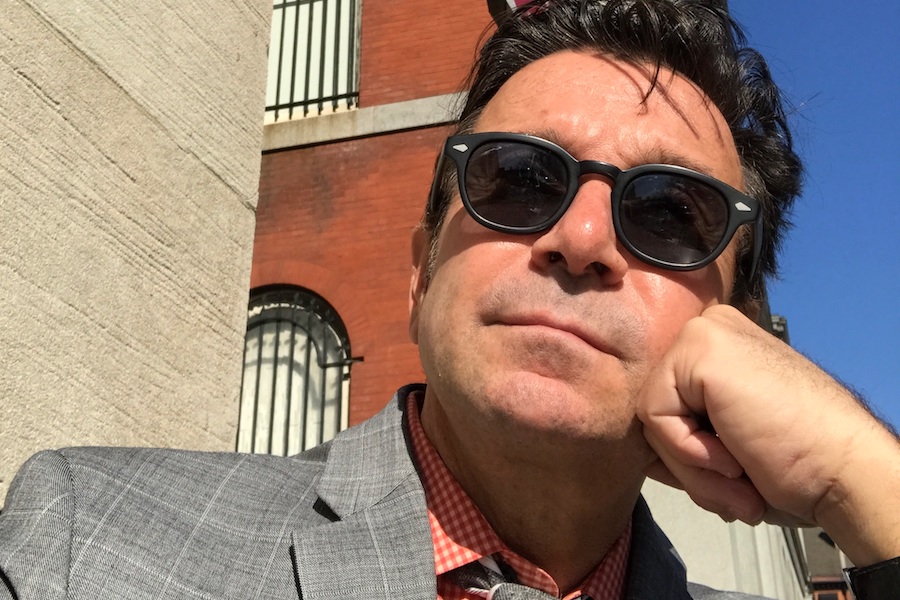 No, we’re not talking about his infamous and career-altering “Storm of the Century” blown forecast from 2001. We’re talking about his overnight online prediction that Philly would see no more than “slushy” accumulation from the storm that’s currently got much of the city shut down. Well, Bolaris is taking this particular blown forecast pretty hard — so hard that he’s saying he will never publicly offer a weather forecast again. We got him on the phone to see if he needed to be talked back from the ledge.

Say it ain’t so, John. Since you left TV, your fans have always been able to count on your social media meteorology. No more?
I just don’t — I can’t give it enough energy. I just don’t have the time. It takes hours upon hours and days upon days of forecasting and verifications, and with my real estate business, I just can’t give the weather, I can’t do it justice and give a good forecast. I was at a building yesterday looking at extractions. I’m about to meet with a client and I’m formulating models. I just can’t do it.

Why are you taking this one so hard?
Because I love it so much. I get super-depressed when I can’t do what I do when there’s a storm. I can’t let it go. I try the best I can. March is notoriously tough to forecast for East Coast events. I did analyze it. I did look into it. But I didn’t look into it enough. I didn’t analyze it enough, and there are just certain factors that I did not see.

Like what?
Listen, my experience helps me greatly. But to do this right, to not just get up there and present a forecast, it takes a hell of a lot of work. You need to analyze maps in detail. You need to see how models are lining up, and I didn’t see how the storm had been performing in relation to the models. That helps you solidify the forecast.

When I was looking at it last night at three in the morning, I was saying, Oh, shit, this is gonna bust. I didn’t look at the vertical velocities the way that I should have. When I was looking at it at three in the morning, it was beyond logic to me that we would get six to ten inches. It just didn’t make any sense. The ground is warm. There’s no arctic feed …

Meanwhile, the people actually on TV were calling for a more significant storm.
It defied what logically and meteorologically should take place. But I don’t even really look at what others do. Oh, I get the warnings. I see the National Weather Service predictions. But I don’t look at what others say, because then you question, Why am I doing this when others are doing that? I should just do my own forecast. But I am doing this at 3:30 in the morning, keep in mind.

There are probably a lot of people who don’t realize that you’ve still been offering your predictions online for years.
A lot of people still look to me. A lot of people trust me. Stephen Starr still uses me. He reached out to me and asked me when he should leave New York to come to Philly. I told him no later than eight in the morning. I got that one right.

But overall, I’m just disgusted. I could have done better. It’s time to hang up the barometer. I can’t bullshit my way through this. I take a lot of pride in this. When you can’t do your best job at something, it’s time to step away. I don’t have the continuity and I don’t have the clarity.

It pisses people off. A lot of people saw my forecasts and said they were relieved we weren’t getting much. Now they’re mad. It makes me, you know, sad. It’s depressing. It really hurts.

Because you really do just love this. You were meant to do it, right?
I was the best, Victor. I know I was the best. I would sit in the news director’s office listening to him ask, Why is Cecily going for that and you’re doing this? And then later, it’s, Wow, you nailed it! The thing is, when one of us is wrong, we all get lumped into together, into the same you’re all wrong mentality.

But over the years, I’m not being cocky, but it’s the truth. I was the most accurate. I worked hard. I was the best.

Yeah, I have a hard time believing that you’re going to stay out of it.
Well, it’s an addiction. Will I still do the research? Of course. Will I put it out publicly? No.

So if you’re dropping out, who should we listen to?
I’ll be honest here. Glenn knows his stuff. Inside and out. He really does. He knows how to forecast. He knows the models well. He is extremely knowledgeable. Otherwise, Adam and Cecily … they have great TV presence. And sweet moms and teachers love Kathy Orr.

And when will computers just replace all of you?
They already have, to some degree. They should really just be guidance, but people use them as the bible a lot.

So I’m just gonna chain myself up here. An agent once gave me some advice. He said, John, maybe you should stay off the Twitter.

That may have been some really good advice.
I think so, Victor.